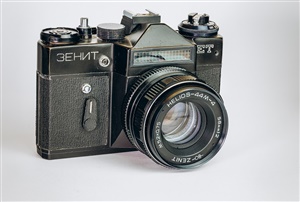 As we head into the new year, people will once again start quoting a popular list describing the things kids starting college in 2020 will never personally experience. Examples of these are things like “They’re the first generation for whom a ‘phone’ has been primarily a video game, direction finder, electronic telegraph, and research library.” And “Electronic signatures have always been as legally binding as the pen-on-paper kind.” Or most horrifying, “Peanuts comic strips have always been repeats.”

That said, it’s also interesting to note the things fell into obsolescence over the last few decades. In this post, I’m going to list and categorize them, and add some of my personal thoughts about why they’ve fallen out of vogue, if not use.

It’s important to note many of these technologies can still be found “in the wild”—whether because some too-big-to-fail, mission-critical system depends on it (c.f. the New York Subway MetroCard system running on the OS/2 operating system—https://www.vice.com/en_us/article/zmp8gy/the-forgotten-operating-system-that-keeps-the-nyc-subway-system-alive); or because devotees of the technology keep using it even though newer, and ostensibly better, tech has supplanted it (such as laserdiscs and the Betamax tape format*).

The reason these technologies are gone is because they weren’t as good as what came after. Magnetic storage was slow, prone to corruption, and often delicate and/or difficult to work with. Once a superior technology was introduced, people abandoned these as fast as they could.

This category includes the previously-mentioned floppy disks, but extends to include CDs, DVDs, and the short-lived mini-disks. All have—by and large—fallen by the wayside.

The reason for this is less because these technologies were bad and/or hard to use, per se (floppies notwithstanding) but because what came after—flash drives, chip-based storage, SSD, and cloud storage, to name a few—were so much better.

Since the introduction of the original cordless phone in 1980, mobile tech has become both ubiquitous and been an engine of societal and technological change. But not everything invented has remained with us. Those cordless phones I mentioned are a good example, as are pagers and mobile phones that are JUST phones and nothing else.

It’s hard to tell how much of this is because the modern smartphone was superior to its predecessors, and how much was because the newest tech is so engaging—both in terms of the features it contains and the social cachet it brings.

Once a juggernaut in the consumer electronics sector, the days of Walkman, Discman, and portable DVD players has largely ended.

In one of the best examples of the concept of “convergence,” smartphone features have encompassed and made obsolete the capabilities once performed by any and all those mobile entertainment systems.

There was a range of systems which were staples in the classroom until relatively recently: if the screen in the classroom came down, students might turn their attention to information emanating from an overhead projector, a set of slides, a filmstrip, or even an actual film.

Smartboards, in-school media servers, and computer screen sharing all swooped in to make lessons far more dynamic, interactive, and (most importantly) simple for the teacher to prepare. And no wonder, since no teacher in their right mind would go back to the long hours drawing overhead cells in multiple marker colors, only to have that work destroyed by a wayward splash of coffee.

A Short List of More Tech We Don’t See (Much) Any More:

What other tech or modern conveniences of a bygone era do you miss—or at least notice is missing? Talk about it in the comments below.

* Ed. note: Betamax was far superior, especially for TV usage, until digital records became commercially acceptable from a budget perspective, thankyouverymuch. Plus, erasing them on the magnet thingy was fun.