The Orion Platform
Forum The Orion platform latest release bundle did not include NCM and SRM module
Options
Related
This discussion has been locked.
You can no longer post new replies to this discussion. If you have a question you can start a new discussion

After we received a notification we have applied the HF1 for 2020.2.6 by using Solarwinds-Orion-HotFix-2020.2.6-OfflineInstaller.exe. However the bundle did not include  NCM and SRM ,see below. on the download page the NCM has a separate release for the HF with offline installer file option. similarly the SRM has a separate  release but do not see the offline installer option.

if bundle contains all product module , Solarwinds downtimes will be very much lower.  also would you make the offline SRM installer available ? 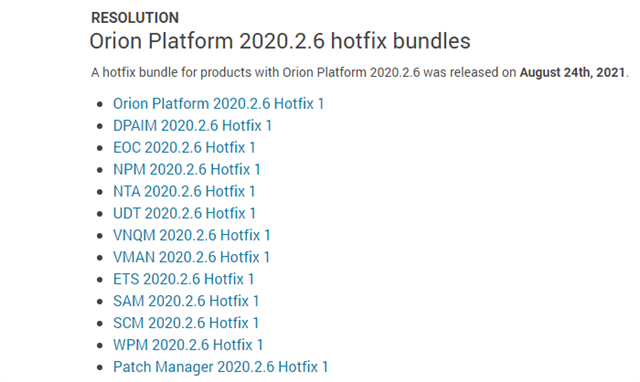