Wanted to build a new modern dashboard widget that took the average time to acknowledge an alert and how much time that the alert took to close.

One item to note is that i excluded alerts that were not acknowledged. Knowing that some alerts may appear and clear faster than anyone in the NOC might be able to handle them. This only focuses on alarms that have been acknowledged and subsequently cleared. 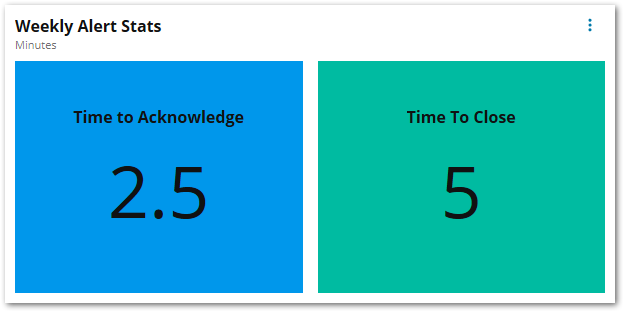 After dragging a new widget, i selected 'KPI Widget' from the list. I added 2 values, one call 'Time to Acknowledge' and the other was 'Time to Close' The SWQL query for each is the same except commenting out 1 line. The first value uses this query. The second value comments out the first ROUND line and uncomments the 2nd ROUND Line.

If you want time longer or shorter than a week you can update the DAYDIFF line and change the amount of days to show, currently set at 7.

Kudos to mesverrum for the original post here for the SWQL base i used.