Water Cooler
General IT Topics Building CBL-Mariner ISO Step-by-Step
Options
Related
This discussion has been locked.
You can no longer post new replies to this discussion. If you have a question you can start a new discussion

This is the process I used to build a CBL-Mariner ISO file.  For those unaware, CBL-Mariner is a Linux distribution created by Microsoft for use in Azure and with edge devices.  This document is heavily sourced from the CBL-Mariner quick start guide.

A Linux distribution with the following tools installed:

For my environment, I’m running Rocky Linux 8.4 (Green Obsidian) in a virtual machine.  Since this is the only purpose for this machine, I’ve only installed the base system.  You can use any *NIX operating system you like as long as it has the above tools available, but I decided to use an RPM-based distribution for ease of use. 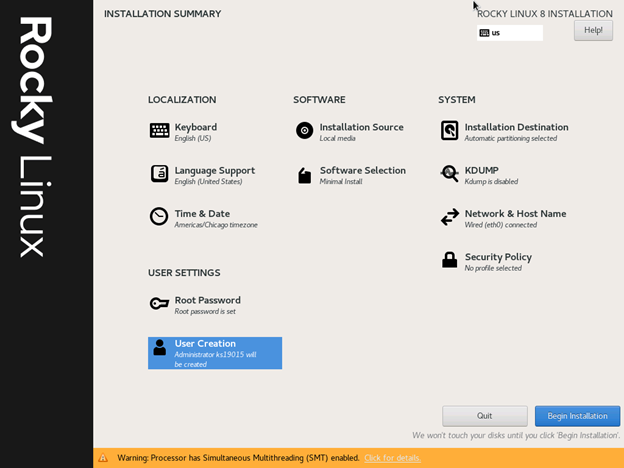 As a reference it took me approximately 7 minutes to install Rocky in a VM.  (Just note this for later).

After returning after reboot, I logged in and executed ip addr show to get the local IP Address.

Once I had the IP, I connected with an SSH client (Solar-PuTTY)

Change to the repository folder and flag the 1.0-stable version as my checkout.

Move to the toolkit folder

The build command contains a ‘toolchain’ which lists other programs you’ll need for the image and pulls them down.  This is not a small set of downloads – just be aware.

The ISO will be generated and saved in ../out/images/full as full-1.0.yyyyMMdd.hhmm.iso

Copy the ISO file off somewhere so you can grab it.

Double-check the ISO to make sure the hash matches.

You no longer need your Linux VM, so it can be shutdown if you are limited on resources.

Build a VM with an empty hard drive and tell it to boot from your fresh shiny ISO file.  There are some other provisos about secure boot, but in Hyper-V, you just change the Secure Boot Template to "Microsoft UEFI Certificate Authority" and that's all you need.

This is a real time video of my install.

So what can you do in CBL Mariner?

Install the openssh-server (so you can SSH to it)

Install the Orion Agent (from the tar.gz file) 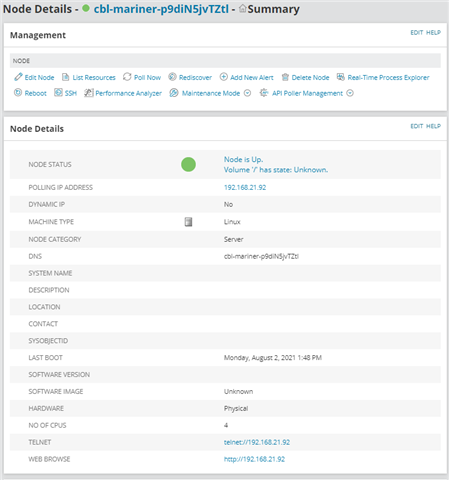