Dungeon Mastering in IT (Part the Fourth)

I had a group where I was running a dragon-themed adventure.  Before you gasp and say mockingly, “In Dungeons & Dragons, there are actually dragons?” let me tell you that that was just thematic (as far as my players knew). 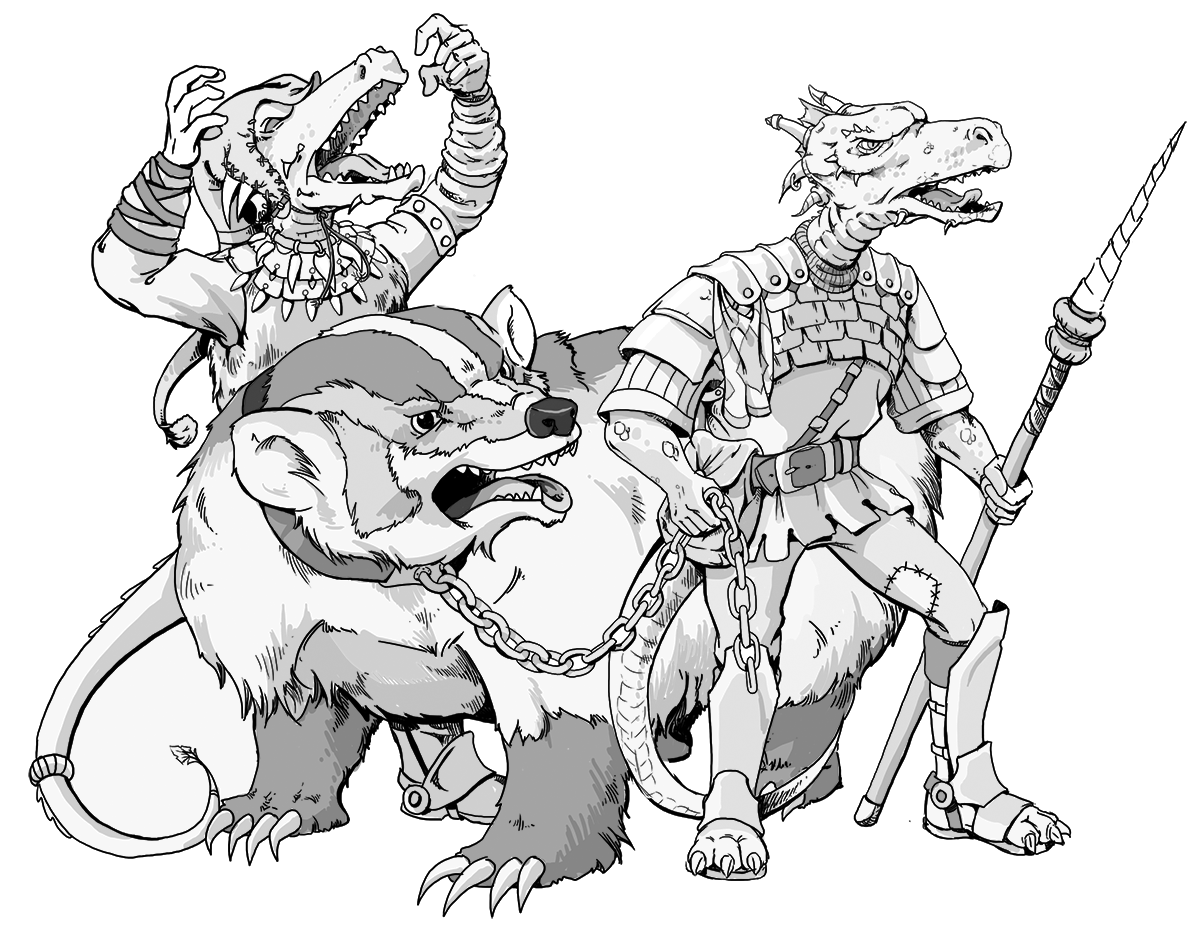 Part of this was making Kobolds be in a frenzy because they were acting on the orders of their dragon overlord.  For those unaware, Kobolds are the cannon fodder of the D&D world.  The party was repeatedly beleaguered by hordes of them with staged battles (archers then infantry then mages).  Long story short, each battle felt like a big fight with the difficulty ramping up each time.  Unfortunately for my players, these were just the opening volleys.

The big battle was against a young dragon.  Don’t let the word “young” distract you from the word “dragon.”  This wasn’t an easy fight.  Sadly, it was nearly a total party kill (TPK) for the group because they got overconfident based on their previous encounters.  Confidence is great – overconfidence less so.

I’ve seen the same thing in IT.  Technicians get cocky thinking that they know everything and bite off more than they can chew.  This is typically something that green IT people do, but they don’t have exclusive rights to this failing.  The thought that “in a perfect world it will go just like this” falls on its face when you realize that there’s no such thing as a perfect world.  New IT people sometimes don’t have the good sense to think, “maybe this isn’t just one-degree harder than the previous thing I did.”  If there’s a lesson to be learned here, it’s that you cannot win every fight with the same skills you already have.  Learn new ones and evaluate your scenarios before rushing in.

We get to the final question here, “Has running a D&D game actually provided me with any life skills?”  The answer is a resounding “Yes!”  So much so, that I would have no issue putting a few things on my professional resume.

·         Meet with peers for scheduled creativity and conflict resolution exercises

Learned to quickly assess situations and collaborate on best solutions

I think D&D does help with many life skills.  Also running game as a DM definitely teaches you a lot.

Gaming often doesn't have the extreme consequences of the real world; risky strategies and guesses may lead to outcomes that are career-limiting.  Or worse.

In Health Care Networking, we must remain risk adverse.  Not knowing the specific results that will happen when deploying a script and hitting "Enter" might put you in a place where you isolated an Emergency Room or Operating Room or Newborn Intensive Care Unit from their network resources.  That's almost as bad as it gets.  When that "Enter" key results in patients being hurt or dying, D&D games and losing a battle and losing your army are insufficient consequences to teach a person to be conservative.

Happily, there are test labs and sand boxes to play in, to test those unknown script outcomes.

If you don't have a test environment that's a good duplication of your Production environment, and that's completely isolated from your network, operating your network might be a lot like running with scissors in the dark through a mine field.

One can also draw the comparison between kobolds and IT staff. Cannon fodder... 🙂

Overconfidence was sunk by an iceberg 100 years ago.

Wonderful write up and a very good article

D&D has taught me to "Think outside the box" which seems to be doing the rounds again in management speak.  Fortunately it has also taught me that I can just cast a spell and kill the nasty IT manager.  It needs a really big sword to sort out the head of IT though.  Sometimes it's good to daydream.  It has also shown me that it is a game where some of the players are a bit short in imagination (and brain cells).  We have a 'Senior Service Management Analyst" who has just asked me to create an alert in Solarwinds to check to see if our Fault Ticketing system (running as software as a service in the cloud) is working AND, if not, create a ticket in the ticketing system to get it fixed.  I can do the first bit using the Web Performance Monitor but I'm not sure how to log a ticket in the system that it is reporting as down.  D'Oh.

Pretty much any area of life can be a learning experience. It's critical that we look beyond the events of the moment and see how it relates to other matters. For example it wasn't that long ago that "kids" were being criticized for playing video games - all the time. (not defending unlimited game time - kids need balance and outdoor time) But we are seeing now the actual application in many careers. There are actually many military devices controlled by gaming controllers. Many games build social skills (OK, mostly the early education things, no so much the first person shooters). Many games build logic - think Minecraft.

Take every opportunity to learn and grow.

The B.O.F.H. has the right tools to "correct" and retrain problematic I.T. officials.  If you're not familiar with the B.O.F.H. stories of networking and server administration from the 1990's and 2000's, I recommend you Google them.  They're online for free if you dig a bit, and they were also turned into a number of books.

Always humorous, but much appreciated, the B.O.F.H. has that gamer / teenaged mind set that understands the right things to do, and that sullenly resents, and gets even with, folks who don't follow the right path.

There's a LOT of truth to that Richard.  The video game babies that were the first babies born with a tablet and video game console from birth are now the remote pilots flying drones in Afghanistan from inside a shipping container somewhere here in the US.

OR, the manufacturers built the systems to work with game controllers because that's all the kids know.  They are unable to adapt to what may be a better control system.

B.O.F.H is still around.  It's on The Register but searching for BOFH on google will bring up the site.  The latest one was the 12th Jan 2018.

Here's hoping he keeps carrying on like a pork chop, 'cause he's a fair dinkum thinkum, and he knows how to work with admins who have a few 'roos loose in the top paddock.

I have no idea what you are saying here, but I like the way you say it.

I think someone is having a breakdown.

D&D (and other like tabletop games) teach so many good life skills many of which you guys have already mentioned:

About the Author
Kevin's first computer was the family TI-99/4A. He's learned computing the best way possible: by fixing his own broken machines. He was a SolarWinds customer for nearly 10 years before joining the company. He's worked the range of IT jobs: from the 3-person consultancy to the international law firm. Along the way, he's become a SolarWinds advocate and evangelist of monitoring glory. His passions include shooting archery, blacksmithing, playing D&D, and helping IT professionals leave at a reasonable time each and every day.
Labels