The battle of the legends has come to an end.

Though we started with 33 only one could ascend.

Our winner is a beast who fights fire with flames.

Puff, Maleficent, Smaug, & Toothless are a few of the famed.

Hundreds of you jumped on the bandwagon,

The winner of your votes was none other than the Dragon!

Dragon won the final round claws down!

Nessie only managed to win 22% of the vote, and was a clear underdog from the start of this battle royal.

Dragon was a force of nature throughout this bracket and easily extinguished the competition each round.

Here’s a look back at Dragon’s other bracket victories:

What are your final thoughts on this year’s bracket?

Do you have any bracket theme ideas for next year?

Maybe a super hero battle  from ALL genres and universes

I was thinking the same thing! It might get tricky with trademarks and copyrights on characters though. Disney/Marvel and DC get pretty picky about who uses their characters without paying for said use.

Battle of the robots could be fun. Robby the Robot from Forbidden Planet vs R2D2 or even throw in mechs like the Power Rangers Mega-Zord vs Ultraman!

CEOs of IT companies.

*sniff* My poor Nessie.Always a winner in my heart and every time I visited the shores of Loch Ness I will continue to spend far too much time looking out hoping to catch a glimpse.

So MANY things would be interesting to put into fictional, fun battle brackets.  But the ones that come to mind at the moment are too fact-based.  For example, I'd enjoy seeing brackets filled with:

Actors. And their most famous roles in an IT sense or SciFi, or geek.

How could it not be the mighty Dragon?? Unless Nessie could pull the thing down into the depths, the Dragon would be patient, wait for Nessie to surface, and burn her

This one was fun... Dragon

I noticed that Dragon was mentioned by genre rather than by name. It would have been interesting if the Dragon were mentioned by specific name, such as Draco from Dragon heart. I'm using the term genre rather loosely here since I can't think of a better word.

Contrast this to the Gorgon. The Gorgon was mentioned by name rather than by genre. The genre being Gorgon. The specific name being Medusa. Would Gorgon have won where Medusa had not? Why? Because Medusa was a mortal, and the other 2 Gorgons were immortal, so the fable goes.

Also, What if it were specified Harry instead of "Bigfoot". I once played a AD&D character big foot. That was a blast. His name wasn't Harry though.

Overall, I really like this Bracket. Thanks for putting it together wabbott​, and everyone (if any) who helped her.

Or, maybe U.S. Presidents. A. Jackson vs T. Roosevelt would be an interesting match.

How about post-apocalyptic movie heros/heroines.

And if you really want to open a can of worms: Soccer.

Thanks Eric! I'm glad you enjoyed this year's bracket!

I definitely had some help

S/O to thegreateebzies​ and our incredible SolarWinds design team!

A meme battle bracket would be nice. Popular IT memes for that matter, or maybe just the most popular non-IT ones.

How about a biscuit battle bracket?

Marvin the paranoid android.  Wins every time as he bores everyone to death.

We could end that one before it starts, though: Lobo.

There might well be sufficient robots in fiction (and in the real world--let's not forget Boston Robotics and its competitors) to make a fun bracket battle.

many dragons do well in water....so I don't think Nessie would prevail there.

Possibly, but if just the names are being used, and not the character images, it may not have any issue.  I can write the name Captain America all day and unless I'm using the name to make money or something, they could care less.  Just a thought.  This one sounds fun.

Where's Wall-e comes to mind. See how many you can name 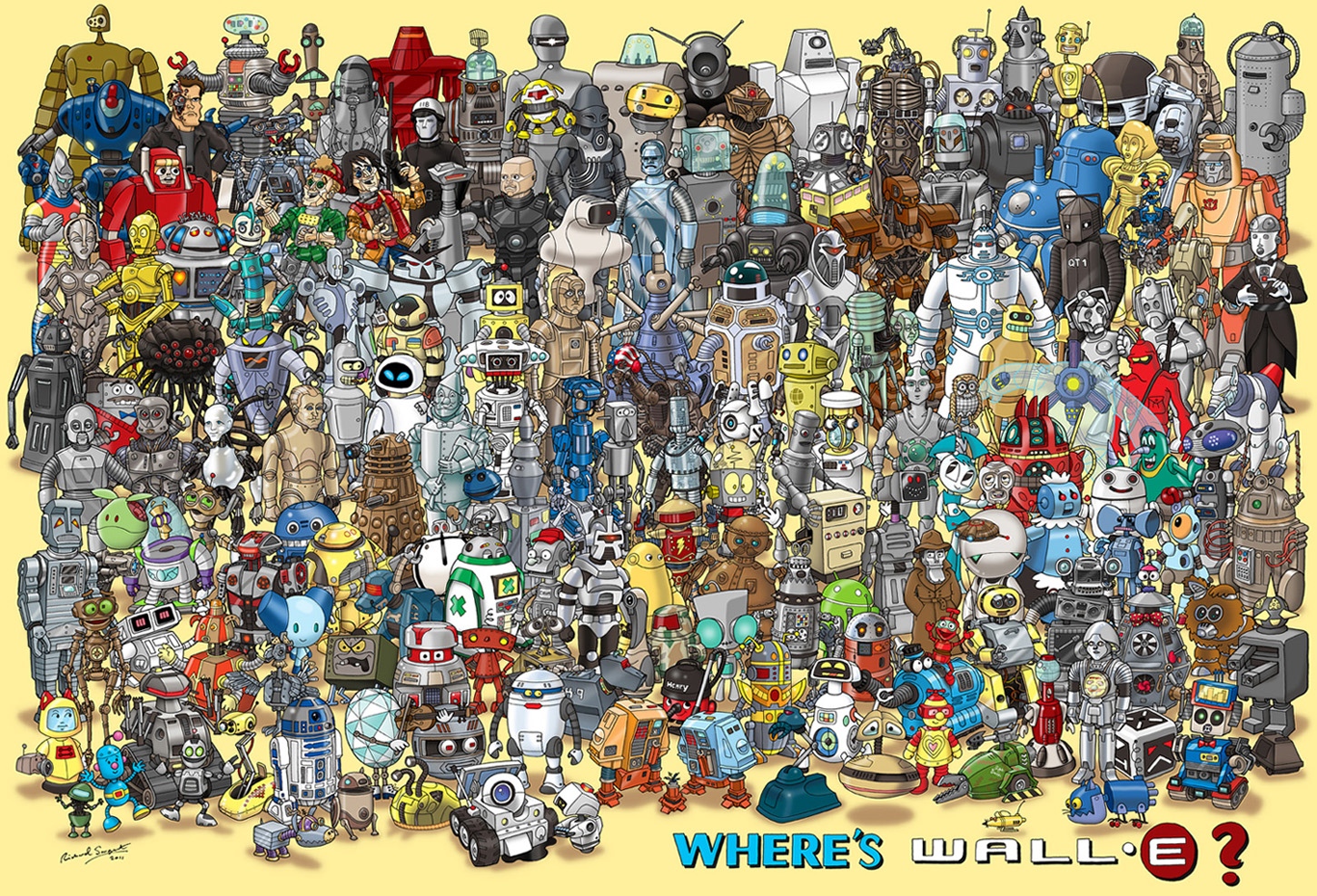 haha! I found Wall-e. I recognize a lot of different bots in there but I don't know all of their names.

Funny enough, robots come up in our brainstorms every year but never seem to make the cut. I'll definitely put it on the list as a contender for next year!

Ooh this could be fun! And we have run brackets with trademarked characters in the past, we just have to have a lovely trademark disclaimer on the page.

I'm with you! I was #TeamNessie all the way!

Jealous you've been to Loch Ness, I've added it to my bucket list because of this bracket. lol

That's a good one!  I recognized only 35 robots, and couldn't name even half of them.  Nicely done!

Maybe an all Dragon bracket. Personally, I think that the little dragon on a finger that someone posted a pic of could kill the other dragons with cuteness! 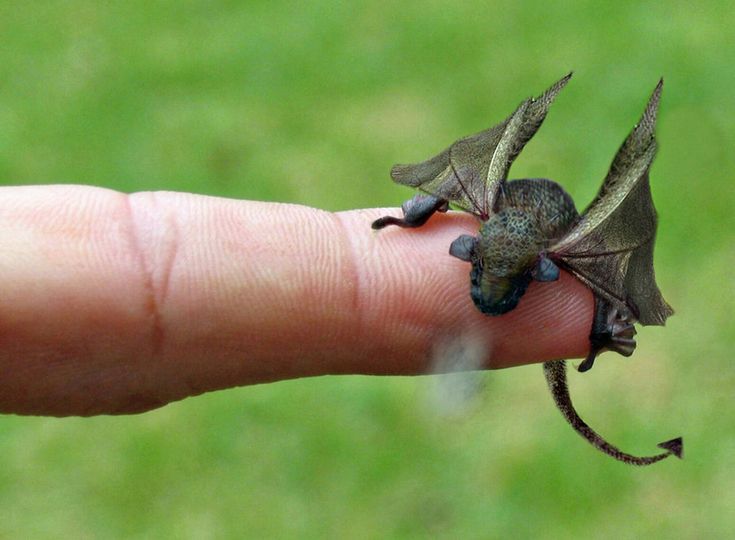 I like biscuits, but what about a boneless beef brisket bracket battle?

Remember to submit that picture and suggestion here:

The challenge being you don't trim the brisket before smoking and you smoke it with the fat cap up.

Watson was one of the sidekicks.

Maybe the 80's Saturday cartoon characters, or Disney movie protagonists vs antagonists, or possibly Capcom vs Marvel...wait, I think that one is taken already in video game format.

Robbed !      She is in Scotland.  I'm surprises she isn't on the banks of the Loch up on bricks with her wheels missing.

I meant of the victory but your suggestion would go some way to explaining why she lost. If someone stole her wheels as well then she'd be at a disadvantage.

This was an AWESOME bracket, THWACK Team!  This being my first, I did not know what to expect but every expectation I might have had was blown away!  Great job!  Kudos to the wascawy wabbott​, thegreateebzies​ and team, as well as everyone who contributed to the fun.

As for next year?  I like the robot bracket suggestion but could also get behind comic book characters.  Another idea might be SciFi film charaters (Doug Quaid versus Ben Richards...or Freeman Lowell versus William O'Neil) or maybe SciFi villains...!  Ooh, that could be interesting!

Whatever is decided, I plan on being here for the fun!

This was a different one this year that's for sure!

My money's on The Chosen One (with P.O.G.), if next year's bracket deals with video characters.

We could always do a kids Saturday morning creature feature bracket with the likes of the Sleestak and others....

WOW, Jfrazier​!  That sure jogs the old memory banks!  I remember watching Land Of The Lost (the original, live action kid-vid) when I was growing up.  Thinking back, for as low budget a show as it was, it was totally engaging and believable (hey, I was 7...gimme a break! ;-).  But, yeah, Sleestaks, H.R. Puffinstuff, man...the list goes on.  Thanks for the throwback!!!  I LIKE IT!

Mission accomplished for the day....can I go home now ?

Ugh, baconing everything. That's a trend that needs to die before it kills us all.

Sorry, petergwilson​, but it's another EARWORM ALERT!!!

"I'm just a robot and I know my place.  A metal servant to the human race.  I work my can off trying to satisfy.  I know they'll disconnect me by and by..."

For thems of yous what listened to Doctor Dimento back in the day, you know this song ("Marvin" by Stephen Moore) by heart.  Another good one is "Marvin, I Love You" by the same artist.  Ah, those were the days...Sunday evenings curled up in my bedroom with the transistor radio listening to "Dr. D".  Oh, for simpler times!