Thirty-three entered but only one could win.

If you made our winner mad, you may lose a limb.

When you’re in a galaxy far far away, it’s dangerous to fly solo—

be sure to travel with a Wookie who knows how to use a crossbow.

And when the Death Star is about to go kablooey,

the one you want by your side is the one we affectionately call, Chewie.

Chewbacca won this bracket battle with one hairy arm tied behind his back.

Round after round he won in a landslide, and ultimately earned the title of The Greatest Sidekick of All Time!

I think that really says it all folks.

What are your final thoughts on this year’s bracket battle?

Do you have any bracket theme ideas for next year?

as if there's anyone better than Chewbacca

Really a good battle this year.   I think there were some obvious names left off as were mentioned in the comments, and come others put on that didn't really ever have a chance.  People like chewbacca, are some dominant i would make a battle that didn't include any big names like Him or other popular Marvel or DC sidekicks.  You could also do a bracket battle on supporting technology, like private cloud vs public cloud, San vs NAS, etc.   That would be fun to see what technology reigned supreme.

I suggest a new strategy..Let the Wookie win.

I read that in the Fresh Prince theme song style lol.

OMG that makes it even better! I love Fresh Prince!

Thanks for the suggestions Jeremy!

It just fit so well too!

Yes, but R2 wasn't a contestant.

We give praise to Chewy our hero the Wookie

We had to pick

And the big guy proved to be no Rookie!!

It was fun. I didn't know all the sidekicks, so it was great to read up on them.

Given the outcome of the last two bracket battle l sense a Star Wars bias here on Thwack.

Even though it was pretty obvious who was gonna win from the get-go it was still a lot of fun to debate and try my best to stop the furball from attaining his destiny.  The only bad part?  We gotta wait until next year to do it again!

I think what we saw was a result of including a character with a popularity level way, way beyond any other.  The issue with not doing that, however, is that people will be annoyed that said character wasn't included when they "obviously" should have been.  I think the only way to compensate is to make sure there's at least one other character with the same level of popularity to make it an actual contest.  I'm not sure Chewy would have been thwarted if a certain pointy eared science officer was included but I would like to think the inevitable final landslide would have been a lot tighter.  And that?  It would have added some suspense and made what was already a fun time even more funnerer.

-Translation, "Was there ever any doubt?" 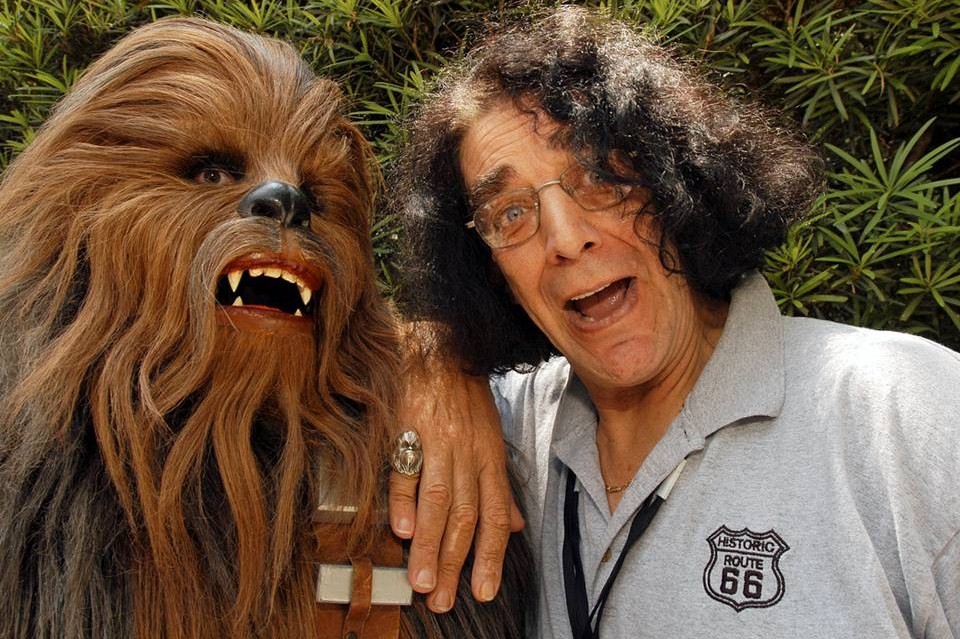 The greatest video of all time.

I'd roll with Chewbacca anytime.

yes, for all of the comments for the "underlng" battles as to who should win, it was almsot a forgone conclusion that they were always battles for second place

It seems like Chewbacca had the edge on everyone else.  I was introduced to Chewy in 1977 when I a young teenager.  I have conversations with my oldest granddaughter, age 12, about chewy now.  Chewy is truly trans generational.

was rooting for Hermione, but glad that is was Chewy that won out in the end.  :-)

Indeed, and only fitting that Goose lost to the Champion

My daughter is 3 and has loved Chewie for over a year now...we didn't realize this until my wife took her out shopping one day, and there was a Chewie doll on the end of an aisle. My daughter, who was 2 at the time, saw this and freaked out :"Mommy, mom,mom,mom, chewie doll, chewie" and then ROARED at the top of her lungs, making EVERYONE turn around and stare at my wife and daughter.

If only there was an audio enabled camera...