Fire-fighting mode for DBAs can be stressful when they have co-workers and managers breathing down their necks due to application slow-downs and/or outages. Logic says something changed, but what? In a worst-case scenario, the database instance itself looks fine, nothing changed within the database and the SQL being executed was running fine before. Of course, the SysAdmin says nothing is wrong with the physical server or storage which makes it even more questionable. Hmm, could you be running in a virtual machine (VM)? Is your VM resource starved and competing with other VMs?

According to Gartner’s Market Guide for Server Virtualization[1], “Hypervisor-based server virtualization is now mature, with 80% to 90% of server workloads running in a virtual machine (VM) for most midsize to large enterprises.” Additionally, anecdotal evidence states 70% of all databases are virtualized. In fact, here at SolarWinds, 50% of our database instances run in a VM. For all the benefits of virtualization like cost savings and ease of migrating workloads, the abstraction of the virtual layer from the physical hardware can introduce some challenges.

And let’s not forget the elephant in the room, snapshots. Many DBAs I’ve talked to are at a loss as to why SysAdmins and IT ops perform snapshots of their database instance VMs, which in turn can cause performance issues, especially if a memory snapshot is invoked which renders the VM inactive while the memory is written to disk. Database backups are best left to DBAs who ensure referential integrity is maintained to recover a database.

If you find yourself running your database instances in a VMware VM, what do you need to look for to see if the VM your database is running in has problems? There are many metrics available, so let’s review the usual suspects. 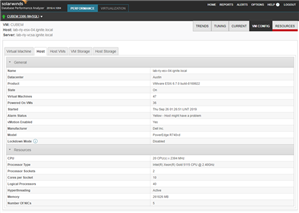 In addition to these metrics being found in DPA, you can execute the “esxtop” command from your VMware ESXi host or look at various utilization metrics from the VMware ESXi console. SolarWinds Virtualization Manager also reports on all of these metrics and more in a friendlier format with both historical and real-time data. 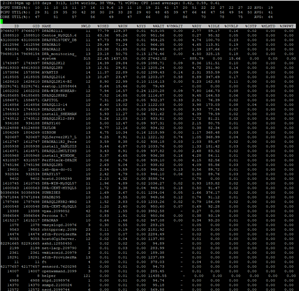 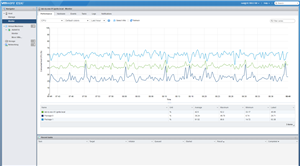 As I mentioned when I started off, a nightmare scenario could be when everything associated with the database instance seems fine—nothing changed. Since we’ve covered the essential VM metrics you should be monitoring, let’s walk through a hard-to-find problem for a database instance running in a VM using SolarWinds Database Performance Analyzer (DPA) with the VM Option. In the 2019.4 release of DPA, we expanded the VM option to go beyond the basic resource metrics to include additional HOST metrics and to make note of events, as seen in the DPA CPU tab in RESOURCES. 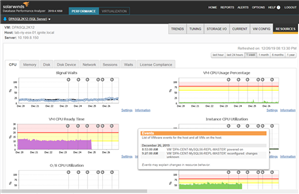 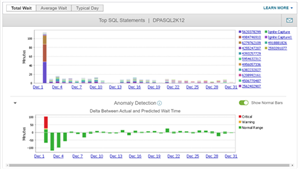 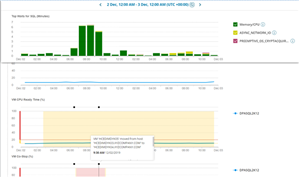 With VMware’s 500,000 customers and tens of millions of VMs, virtualization is here to stay. Since many database on-premises to cloud migrations involve virtualization, e.g., Azure VM, many of the same challenges existing on-premises will exist in IaaS environments. DBA’s don’t have to be virtual admins, but they do need to be aware of the environment their database instances run in and the impact those environments have on database performance.

That said, I’ve discovered many DPA customers have no idea there’s a purpose-built option for VMware that can be added to the product. It’s easy to see if you have the option by looking for the VIRTUALIZATION tab on the home page. 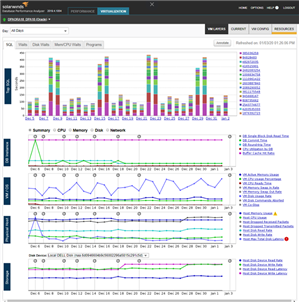 *  This all-in-one view lets you line up all your resources in a single view to look for problems on a specific date and time.

Our goal at SolarWinds is to listen to our customers which is why we’ve enhanced the VM option for DPA. If you are a DPA customer, be sure to utilize our THWACK

feature request page to request and vote on feature enhancements.