Virtualization is now ubiquitous for x86 servers, but what about databases? To find out, SolarWinds ran a THWACK

survey April 2020 to see the level of virtualized databases within our user community and other characteristics related to their database environment.

The results were on target with virtualization overall, with 87.8% of respondents saying their databases ran in virtual machines. 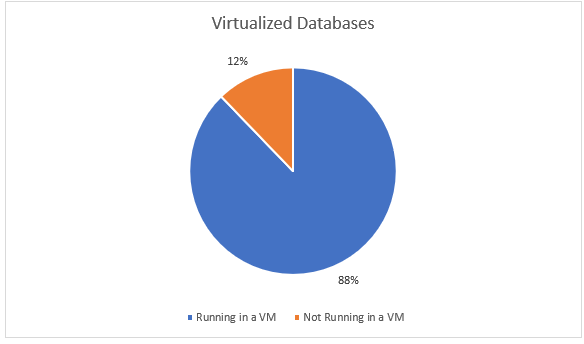 When it came to which hypervisors were used, VMware was by far the most used with 90.1% of respondents. Microsoft Hyper-V was a distant second with 28.3% followed by Azure VM at 22%. 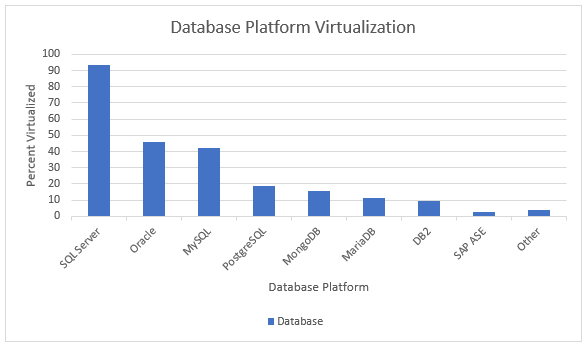 The results of the SolarWinds THWACK survey are very close to the various industry estimates of 90%+ x86 server virtualization—most database instances run on virtual infrastructure.

Now, I must share the part of the survey I found disappointing, but in fairness this survey was available to all THWACK members. The next question was if the respondent was using SolarWinds

Database Performance Analyzer (DPA) for performance management and monitoring of their virtualized databases. 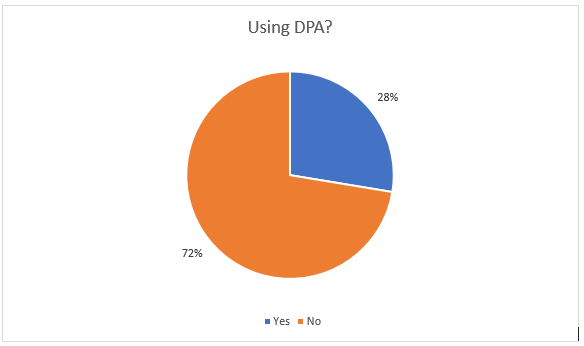 I sneaked in one question that didn’t have anything to do with virtualization, but it was on my mind based on all the customers I’ve talked to. The question was around the DBA to database instance ratio, which seems to be growing. Having talked with a couple of customers whose DBA to instance ratio was 1:200 or more, I wanted to see what I could find from our THWACK community.

While the database to DBA ratio was less than 1:25 for 55.2% of the respondents, the ratio was astounding for the other 45%.

When it comes to application performance problems, all roads tend to lead to the Database Administrator (DBA). For wrong or right, “the database is the problem,” and the DBA has to quickly find the culprit to performance issues. Since many variables can affect database performance, from poorly written SQL and T-SQL to resource constraints, the addition of virtualization can make it more challenging for the DBA to find the root cause of performance degradation. The goal of this study was to validate that most database instances are run in virtual machines. I’d like to thank the hundreds of THWACK users who participated, and I look forward to everyone’s comments regarding this survey.