Resources
Geek Speak Why Your Infrastructure Sucks For Automation

Why Your Infrastructure Sucks For Automation

Having convinced myself in previous posts that my automation projects will never be finished and that I will forever be supporting 101 different device connection paradigms, I thought that in this post perhaps I should try to find some sliver of dry land in the fetid Swamp of Automation. 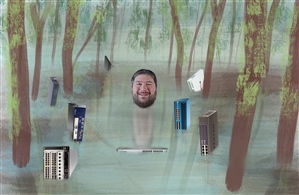 Failing that, let’s look at why consistency is so important when deploying infrastructure.

It does. Don’t deny it. Despite best efforts, it’s still riddled with inconsistencies, plagued with one-off solutions, and besmirched with workarounds for badly-behaving applications.

Uniqueness, arguably, is the enemy of automation.

Effective automation requires consistency so the same encoded business logic and automation processes can be used across all devices. Exceptions and design variances mean that the generalized automation code has to be customized to deal with each unique situation, requiring further coding and creating additional complexity. This in turn increases both the cost and the time taken to developing automation tools.

This is one of the reasons why brownfield (swamp) automation deployments can be so difficult; years of inherited workarounds and one-off solutions can make even simple automation tasks seem impossibly complex because of the myriad “What if?” scenarios that have to be accounted for.

Greenfield solutions in contrast can provide fertile grounds for automation, but only if the infrastructure is designed with automation in mind from the start. A badly-designed greenfield infrastructure can be just as unmanageable as a brownfield.

If Proof Is Needed...

Amazon Web Services (AWS) for example—but in fact, almost any cloud provider—demonstrates these principles very effectively. When an application needs a feature or mechanism that AWS doesn’t offer, the choices are:

Because the AWS infrastructure is managed entirely by automation, there is no opportunity for one-off, non-standard solutions because the automation tools don’t support anything except the standard solutions. AWS is the concept of “one size fits all” taken to an absurd extreme. In fact, it’s almost risible how quickly programmers who previously would have had fits arguing that the infrastructure should do some incredible feats of engineering to support or otherwise mitigate lazy coding on their part, have adapted to the new paradigm where they have to code to meet the capabilities of the infrastructure. What is this crazy magic?

There is a lesson here, however. If vendors provide “nerd knobs” to allow us to engineer crazy solutions, and if we thrive on finding ways to make the infrastructure meet the needs of our users, then our users will expect us to keep using the nerd knobs and keep on coming up with insane solutions. And let’s be honest, as engineers, we’re kind of proud when we find a really clever way to accomplish what’s needed and we solve a problem. It goes against every problem-solving bone in our bodies to say “no.”

The difference is that in the cloud, the conversation goes like this:

The Sliver of Land

Imagine that the Swamp of Automation represents a brownfield automation deployment. It’s not that it can’t be done, but the inconsistencies can turn out to be lurking alligators with bad breath and worse tempers. Move slowly and tread carefully.

The sliver of buildable land in the middle of this swamp, if there is one, is a greenfield deployment where there’s an opportunity to build a deep foundation of automation before the first resident moves in. However, get the foundation wrong, and it may all yet sink into the ground.

Your Homework for the Holidays

Thinking about your current, sucky infrastructure, if you had the opportunity to build it from the ground up, what would you do differently? How would you make it easier to operate? Or do you already have amazing systems in place? If you’ve been involved in a greenfield deployment, was there any resistance to doing things in a way that would pay off down the road?

I’d love to hear your tales of competency, incompetency, triumph, and alligator bites.