Unplug to Recharge - a guide for IT Professionals (Part 1)

This is a longer version of a talk I give at conferences and conventions. I would love to hear your responses, thoughts, and reactions in the comments below.

Do You Care About Being Constantly Connected?

For the next few minutes, I dare you to put down your phone, close up your laptop, and set aside your tablet. In fact, I double dog dare you. I've got $20 on the table that says you can't print this, find a quiet corner, and read it, away from any electronic interruptions in the form of beeps, pings, or tweets. 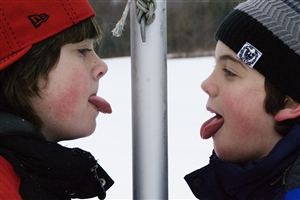 Separating ourselves from our devices, and, more broadly, from the internet, which feeds the devices that have become a lifeline for most of us – has been a topic of conversation for some time now. Recently, columnist Andrew Sullivan wrote a column for New York Magazine about coming to terms with his self-described addiction to technology. In "My Distraction Sickness: Technology Almost Killed Me", Sullivan provides sobering data for those of us who spend some (or most) of our days online:

It’s important to recognize that we've arrived at this point in less than a decade. The venerable iPhone, the smartphone that launched a thousand other smartphones, debuted in 2007. Four years late one-third of all Americans owned one. Today, that number is up to two-thirds. If you only count young adults, that figure is closer to eighty-five percent.

This all probably comes as a surprise to no one reading this (likely on a smartphone, tablet, or laptop). Equally un-surprising is that, intellectually, we know what our screens are pulling us away from:

In that same article, Mr. Becker quotes the progenitor of smartphones the digital patron saint of many IT pros, Steve Jobs, who said,

But it doesn't stop there. We should already understand what studies are showing:

My goal is to make it clear why disconnecting, at times and for a significant amount of time, is measurably important to each of us and can have a very real impact on the quality of our life, both online and off.

You've probably read essays suggesting you take a technology cleanse or a data diet, as if the bits and packets of your network have gotten impacted and are now backing up the colon of your brain.

If you have heard such suggestions, you may have responded with, "What kind of crazy wing nut actually does that?"

Now I’d like to share a little secret with you: I belong to a whole group of wing nuts do this every week. We call this crazy idea Shabbat, or the Sabbath in English, and it is observed by Jews across the world. 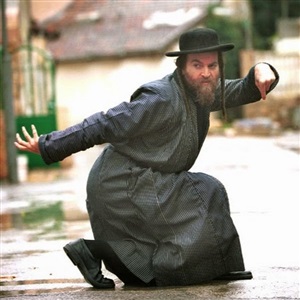 Before I go any further, you should know that Judaism is not big on converting people so I'm not going to try to get anyone to join the tribe. I'm also not going to ask you to sign up for Amway.

On Shabbat, which begins at sundown Friday night and ends at sundown Saturday, anything with an ON switch is OFF limits. It can't be touched, moved, or changed. Yes, leaving the television set to SportsChannel 24 and just happening to walk past it every 10 minutes is cheating. And no, you don't sit in the dark and eat cold sandwiches. But I’ll talk more about that later.

But Shabbat only comes into play if you are one of the roughly 600,000 Jews in the United States (or 2.2 million worldwide) who fully observe the Sabbath. Which begs the question: if I'm not going to try to get YOU to be Jewish, where am I going with this?

In addition to being part of that crazy group of wing nuts, I've also worked in IT for 30 years. For almost a decade now, I've disconnected every single week, rain or shine, regardless of my job title, company, or on-call rotation. That has given me a unique perspective in tips, tricks, workarounds, and pitfalls.

So this is less of a you-should-unplug lecture, and more of a here’s HOW to unplug and not lose your job (or your marriage, or your mind) conversation.

Remember, this is just part one of a 3-part series. I'm looking forward to hearing your thoughts, suggestions, and ideas in the comments below!