Back from Austin and home for a few weeks before I head...back to Austin for a live episode of SolarWinds Lab. Last week was the annual Head Geeks Summit, and it was good to be sequestered for a few days with just our team as we map out our plans for world domination in 2020 (or 2021, whatever it takes).

As always, here's a bunch of stuff I found on the internetz this week that I think you might enjoy. Cheers!

Critical Windows 10 vulnerability used to Rickroll the NSA and Github

Patch your stuff, folks. Don't wait, get it done.

WeLeakInfo, the site which sold access to passwords stolen in data breaches, is brought down by the FBI

In case you were wondering, the website was allowed to exist for three years before it was finally shut down. No idea what took so long, but I tip my hat to the owners. They didn't steal anything, they just took available data and made it easy to consume. Still, they must have known they were in murky legal waters.

Facial recognition: EU considers ban of up to five years

I can't say if that's the right amount of time; I'd prefer they ban it outright for now. This isn't just a matter of the tech being reliable, it brings about questions regarding basic privacy versus a surveillance state.

Politics aside, I agree with the idea that a website publisher should bear some burden regarding the content allowed. Similar to how I feel developers should be held accountable for deploying software that's not secure, or leaving S3 buckets wide open. Until individuals understand the risks, we will continue to have a mess of things on our hands.

Microsoft pledges to be 'carbon negative' by 2030

This is a lofty goal, and I applaud the effort here by Microsoft to erase their entire carbon footprint since they were founded in 1975. It will be interesting to see if any other companies try to follow, but I suspect some (*cough* Apple) won't even bother.

In today's edition of "do as I say, not as I do", Google reminds us that their new motto is "Only slightly evil."

If you are ever in Kansas City, run, don't walk, to Jack Stack and order the beef rib appetizer. You're welcome. 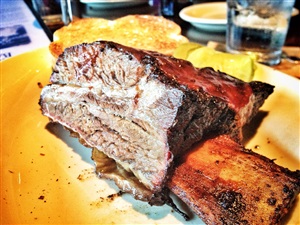