October… what a month.
I’m not sure how many airline miles I earned, but I spent significantly more time in an aircraft than in all other methods of transportation combined.
I lost my beard and voice and noticed I needed a hearing aid, and the comment I made the most was “No, we don’t do renewable energy.” But let me start from the beginning!

In the early morning of October 8, I traveled from Berlin to Dubai via London to join the GITEX conference.
It was a lovely trip in the upper deck of an A380 with excellent leg room. That’s the way to travel, and the nice Chardonnay helped pass the time!

I arrived at my usual hotel past midnight and slept like a baby.
The next day, I enjoyed an international breakfast (Middle East, Asian, European) and walked to the convention center. Our booth was still a work in progress: 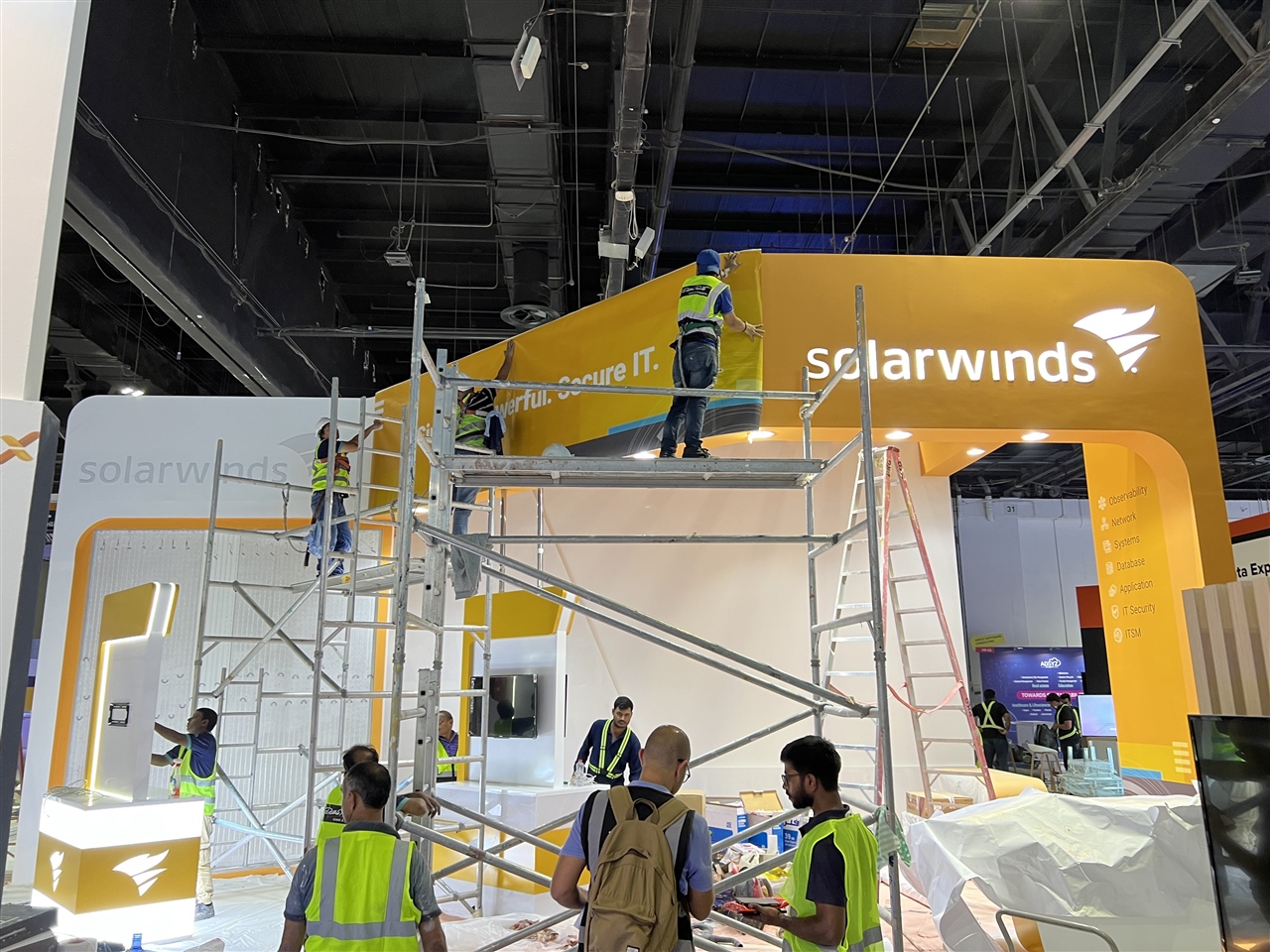 See the white thing hanging from the ceiling? It’s an AP. Our source of grief. More on that later.

Anyway, the next day everything was shiny-shiny: 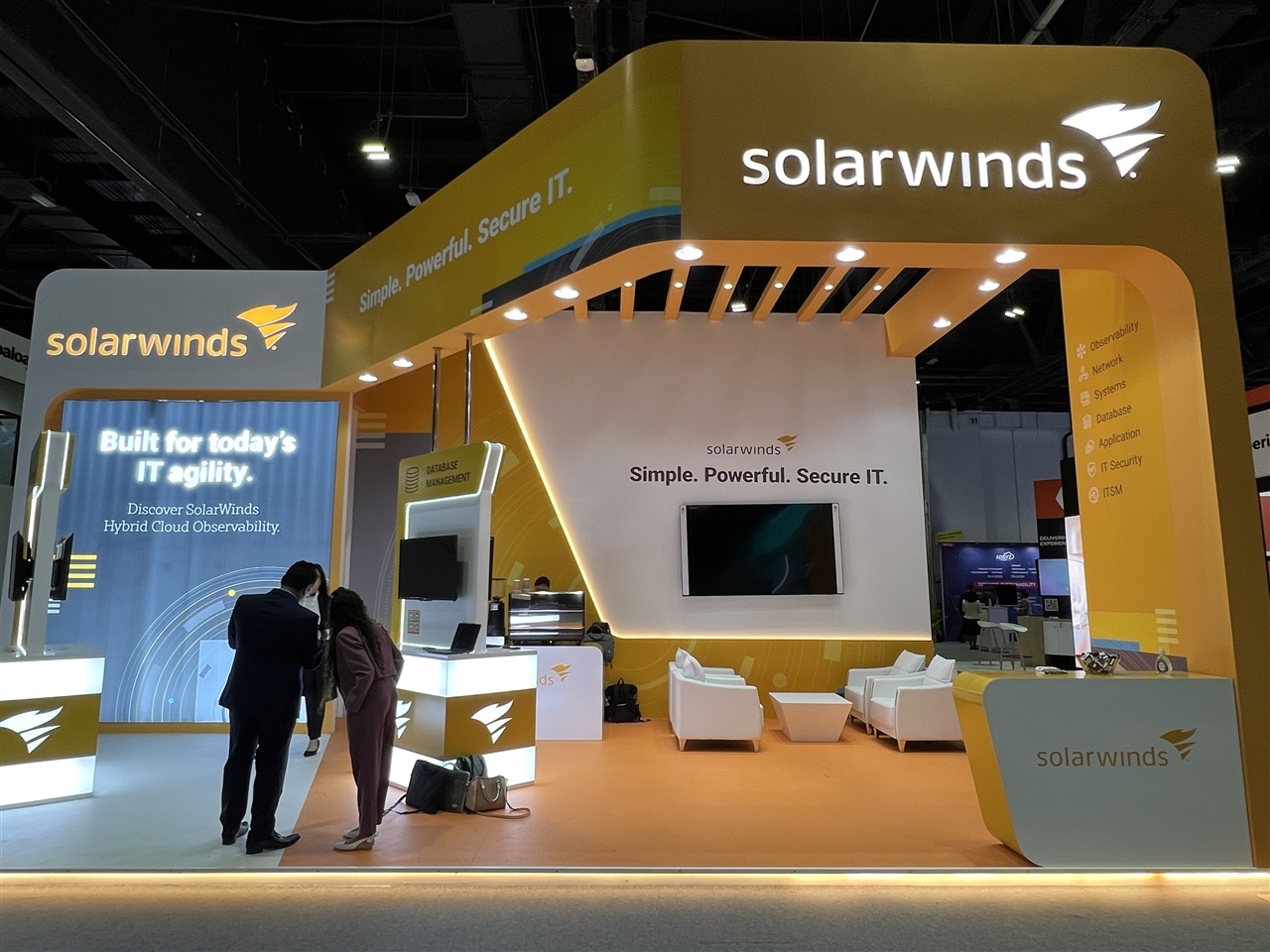 GITEX, one of the busiest tech shows on the planet, was crazy as usual.
The last estimates I saw pointed toward 120,000 visitors over five days. I’m not sure if it’s true, but I talked to a lot of people!
And I noticed it gets increasingly difficult to understand people when there’s a lot of background noise. I should admit getting a hearing aid is… well, more than an idea. And I’m “just” in the second half of my 40s. Oh no!

Anyway, there were loads of exciting things to see. One thing I liked was this horse, which is made of old computer parts: 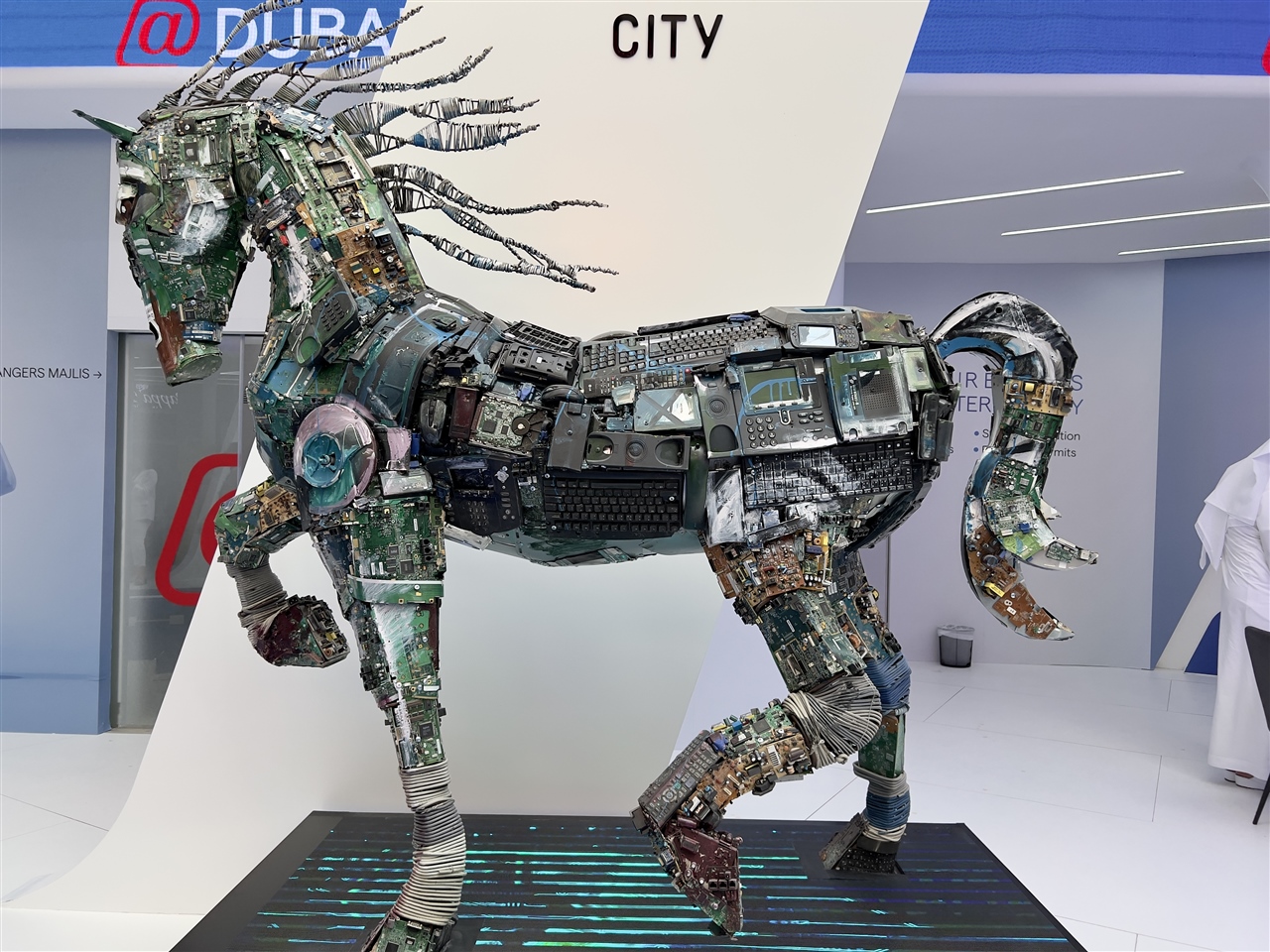 Microsoft had a huge booth, and you could play with an Xbox: 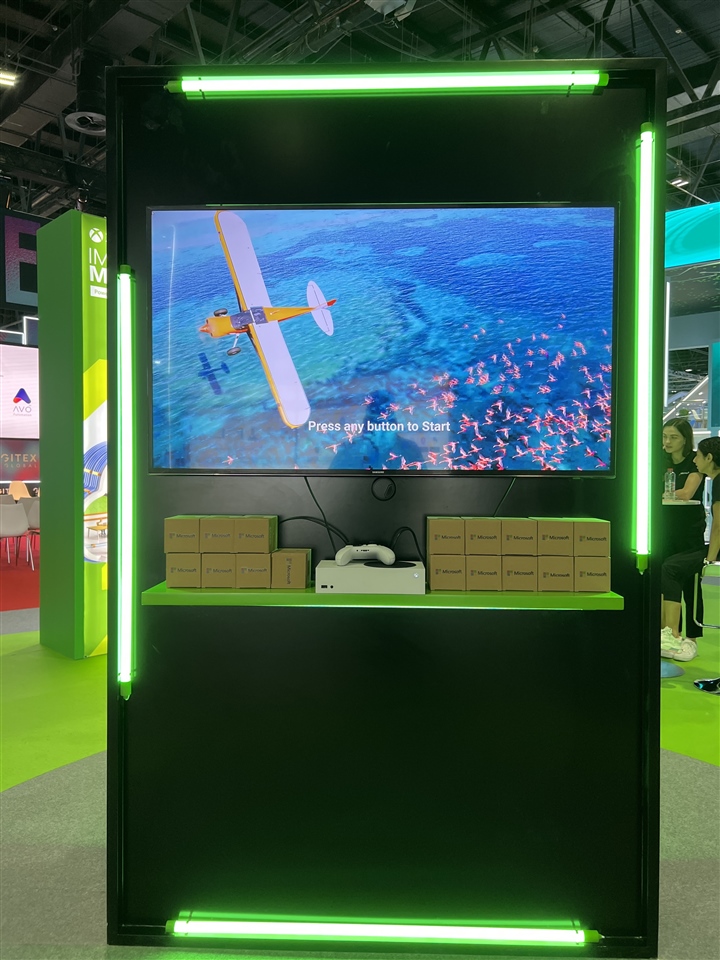 At the end of the first evening, we were invited to a gala dinner, as we’d been short-listed to win an award. Guess what happened: 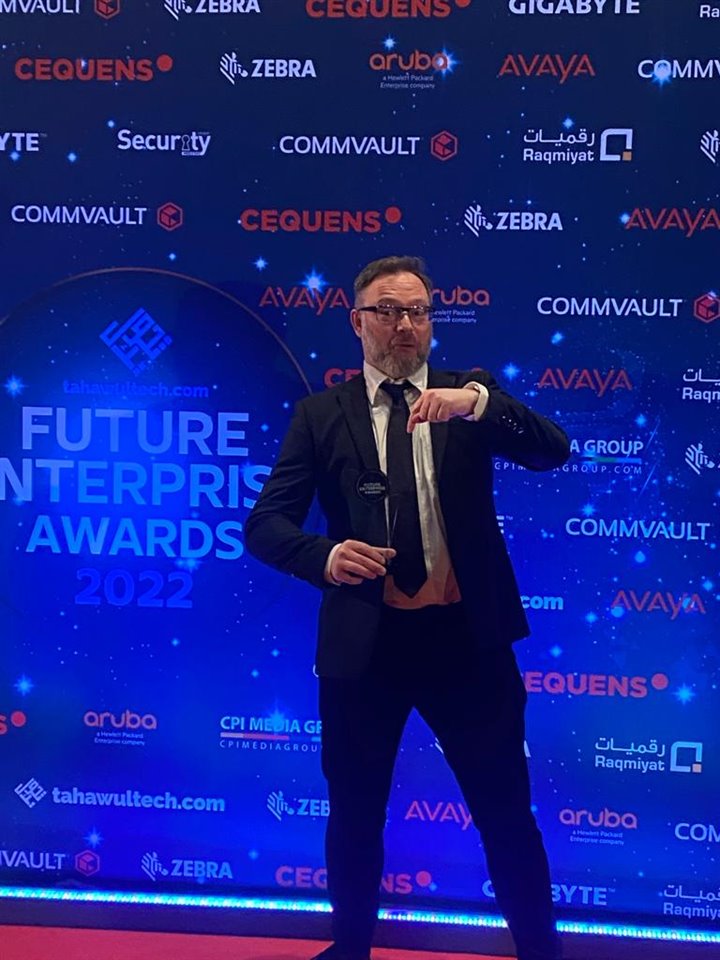 “Outstanding Excellence in IT”—that’s a nice one!

During the first day, we noticed disruptions with the Wi-Fi. Our demo machines were wired, but everything else was slow or didn’t work. It turned out the connection was better if we walked away from our booth. So we called these dudes here the next day: 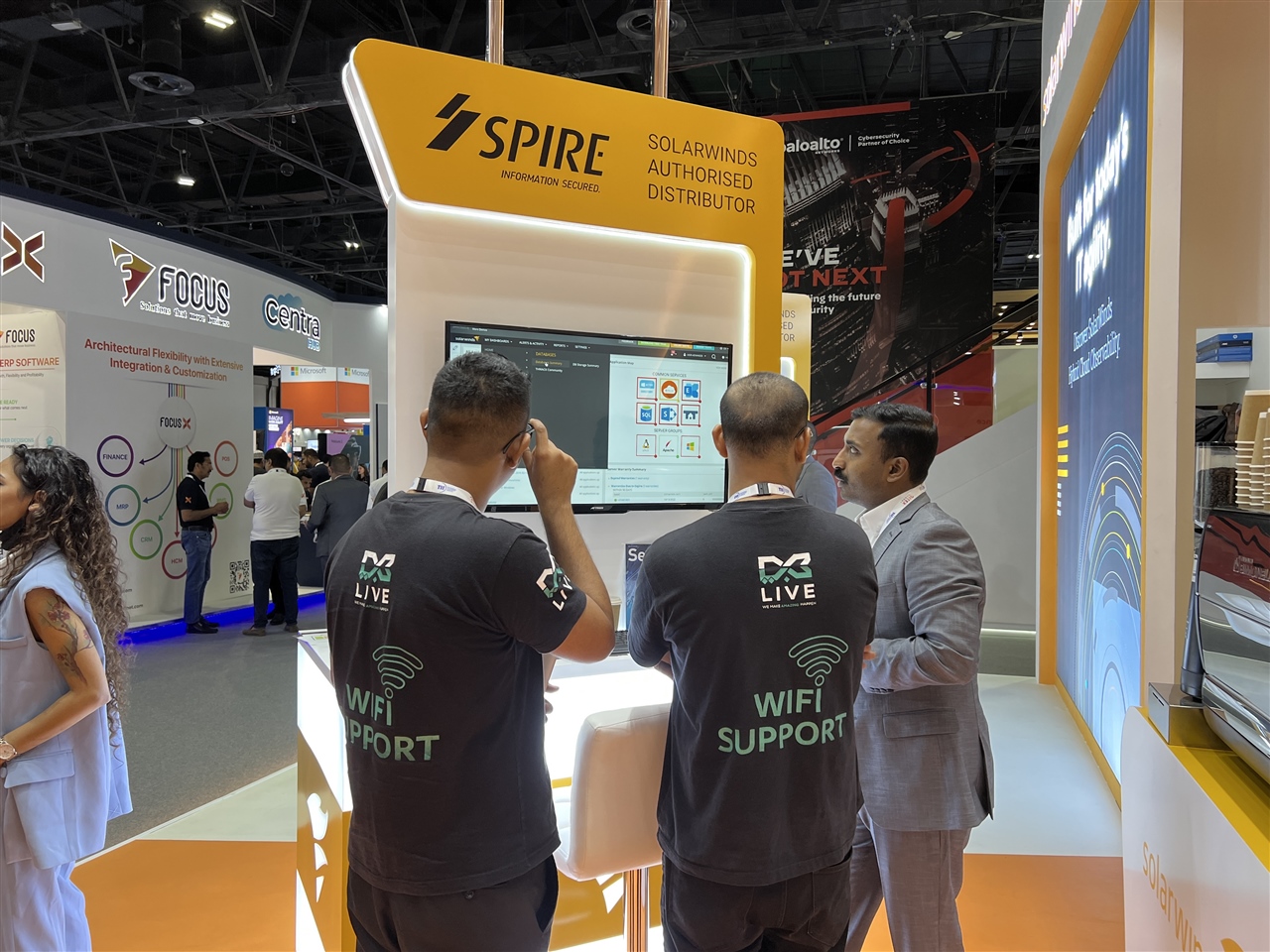 Unfortunately, they couldn’t improve the situation, but we made sure they knew how to fix it in the future. I think we’ve won a new customer.

While walking around, I found Epson, and look what they had: 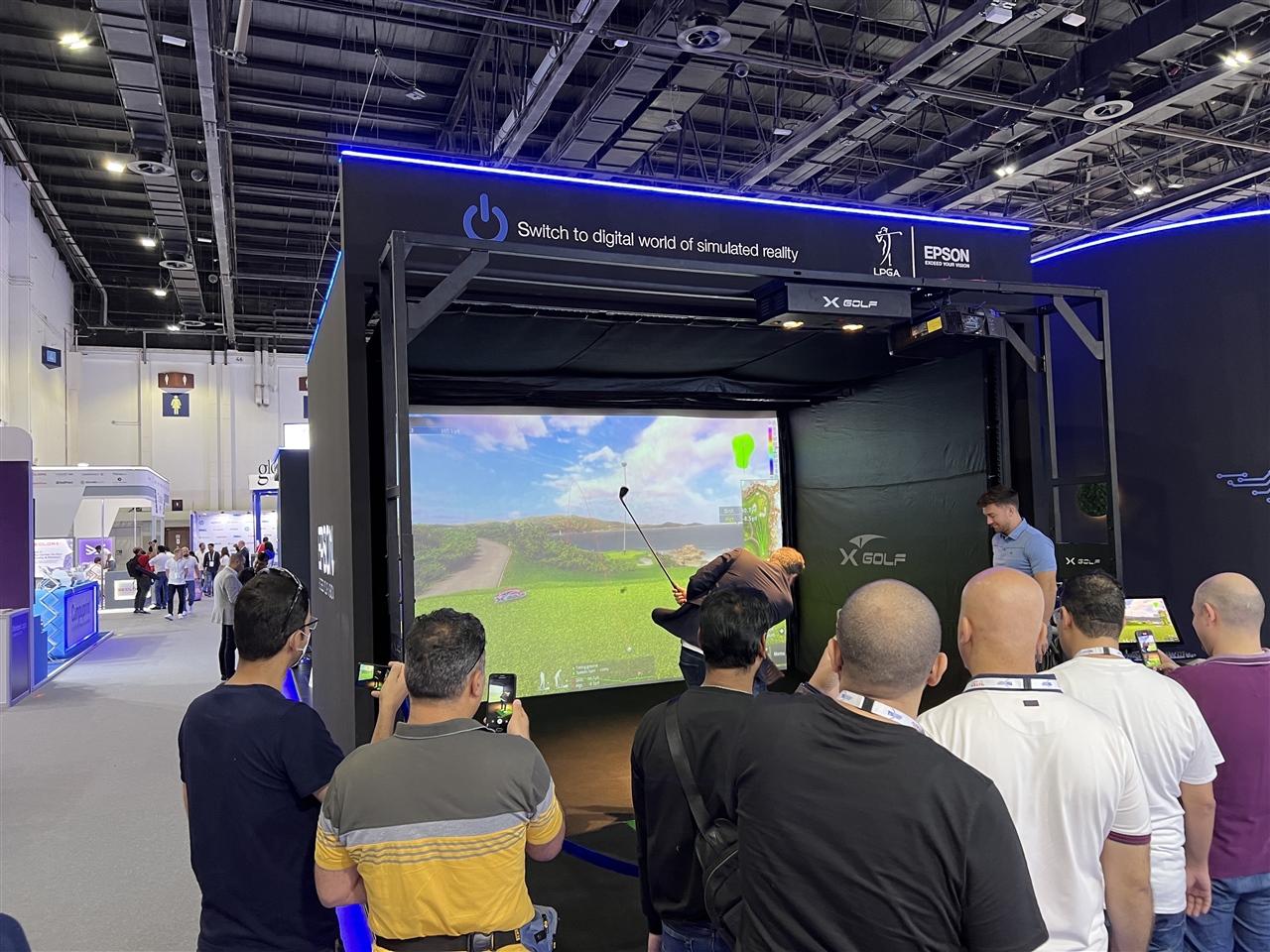 I didn’t have enough time to queue for a bit of golf, but I like the idea!

Just one hall later, I casually walked by a glass cabinet.
Usually, I would never want to smash the glass and steal what’s inside, but this time… it wasn't easy to convince myself to behave. Look what I found: 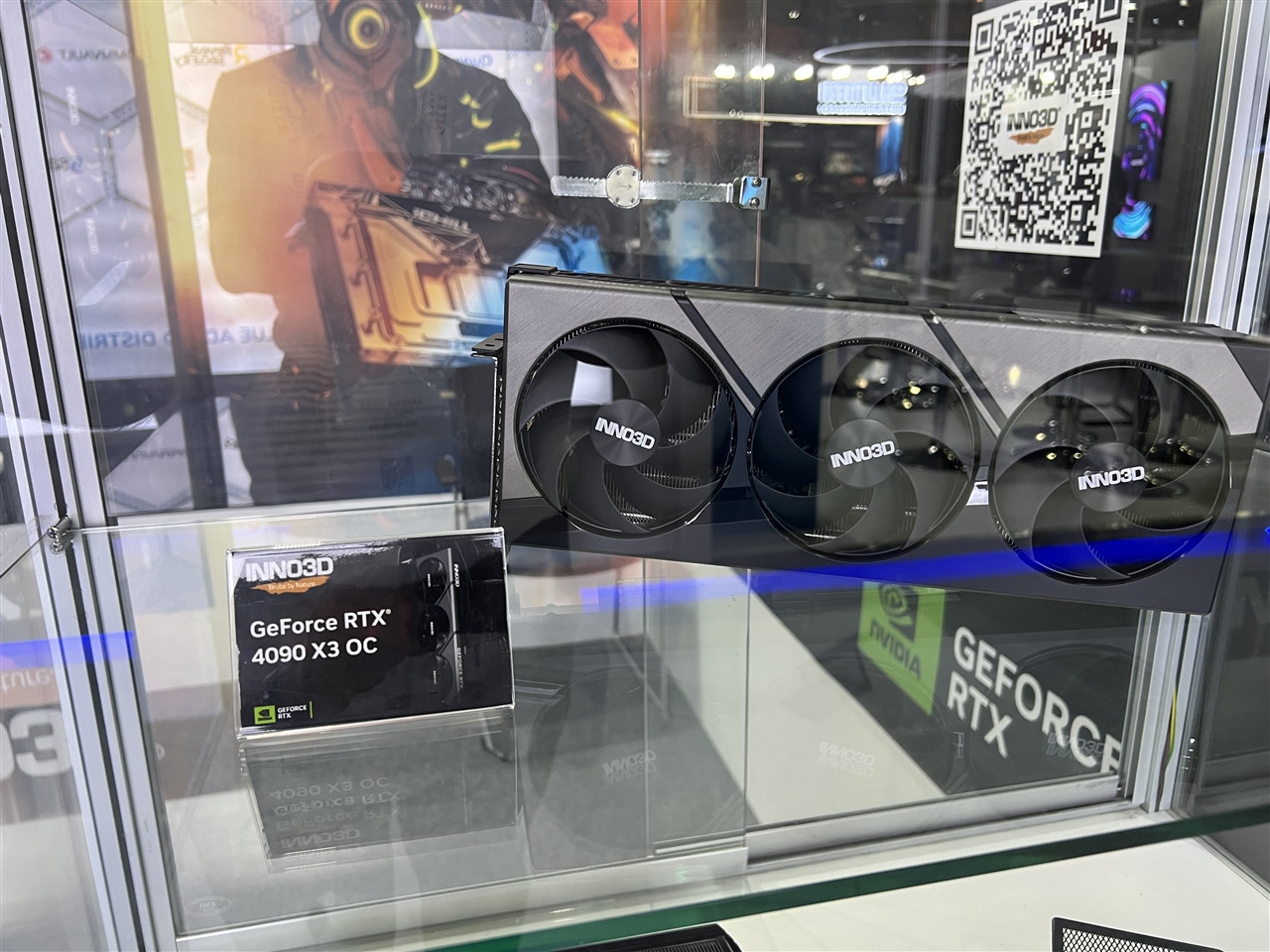 A voice told me, “Resistance is futile,” but I managed to move on.

It was for the better, as a special delivery arrived the following day.
A publisher brought a few magazines with me on the cover: Security Advisor Middle East. 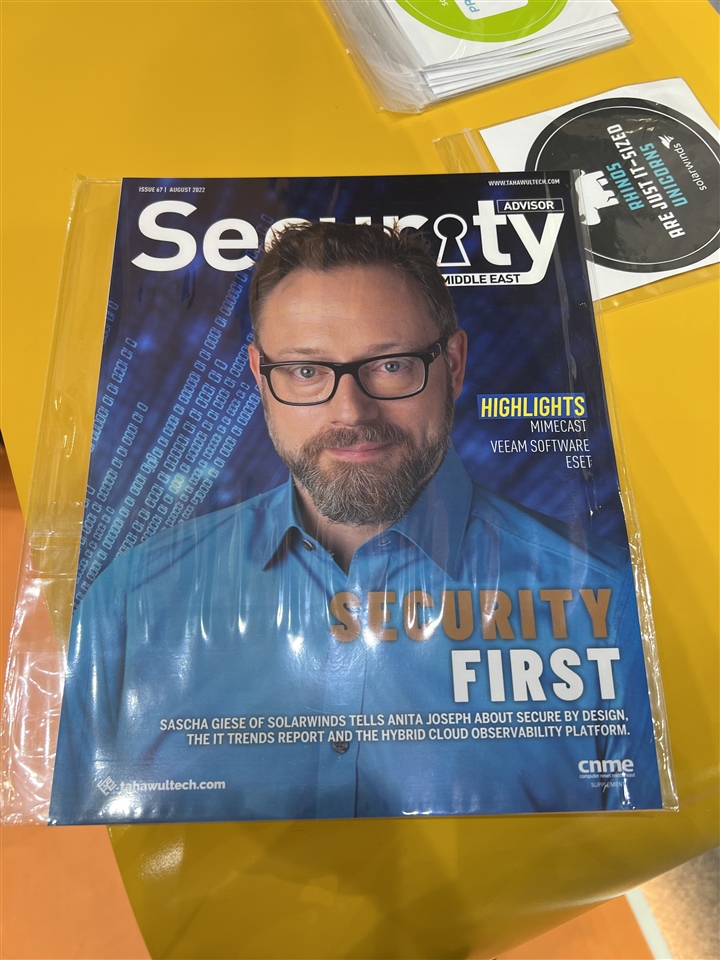 We placed them next to our demo machines and a couple of other places. Each time I talked to a customer, they looked at me, the mag, then me again and asked, “Wait, is that you?” They even started taking selfies with me. Interesting!

What else did I see?

From a different angle, I thought, “Wait, is that <insert the name of a politician>?” But it was just a randomly generated 3-D projection: 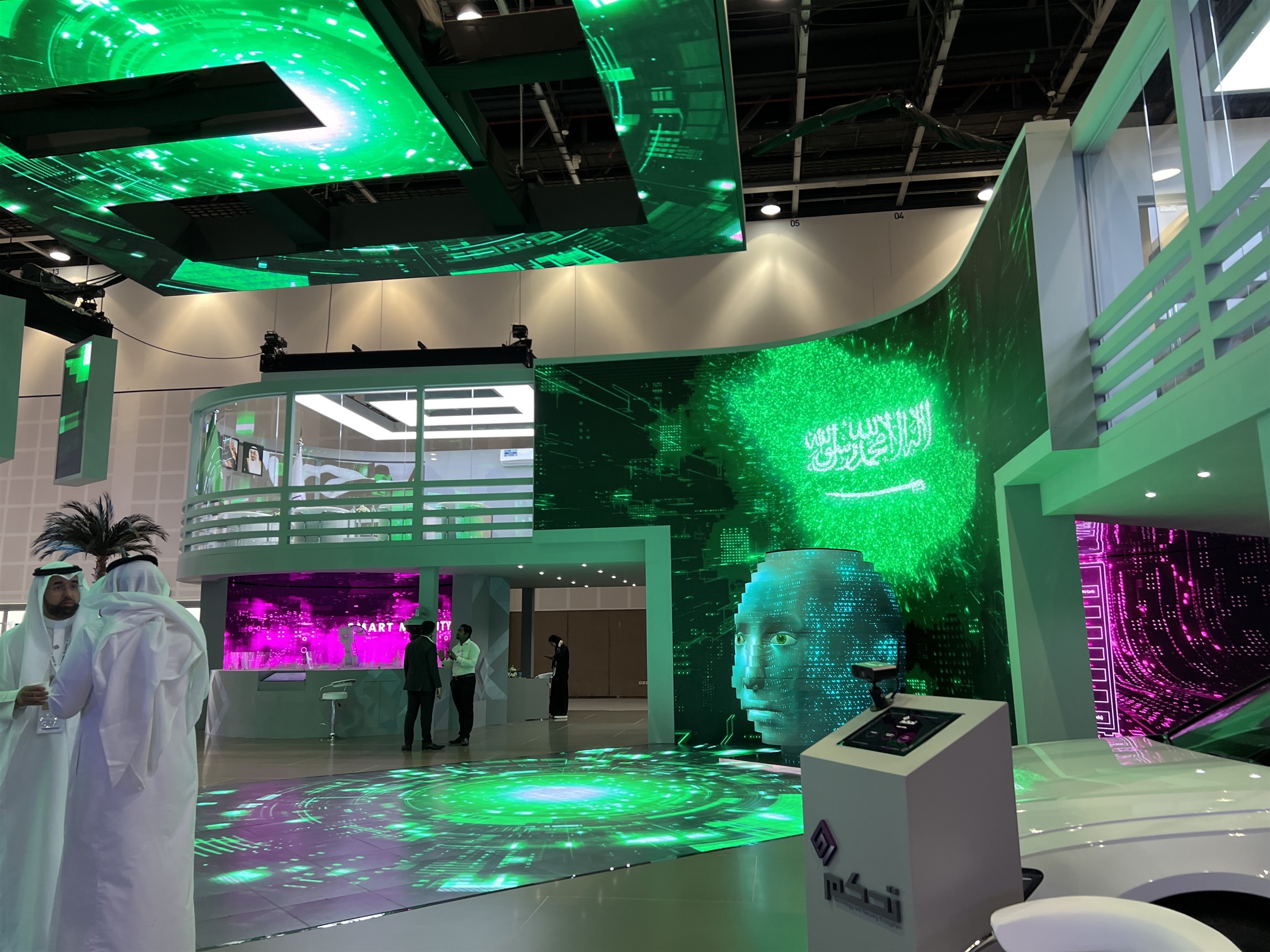 My colleague Tom, a global expert on all things blockchain, should join next time: 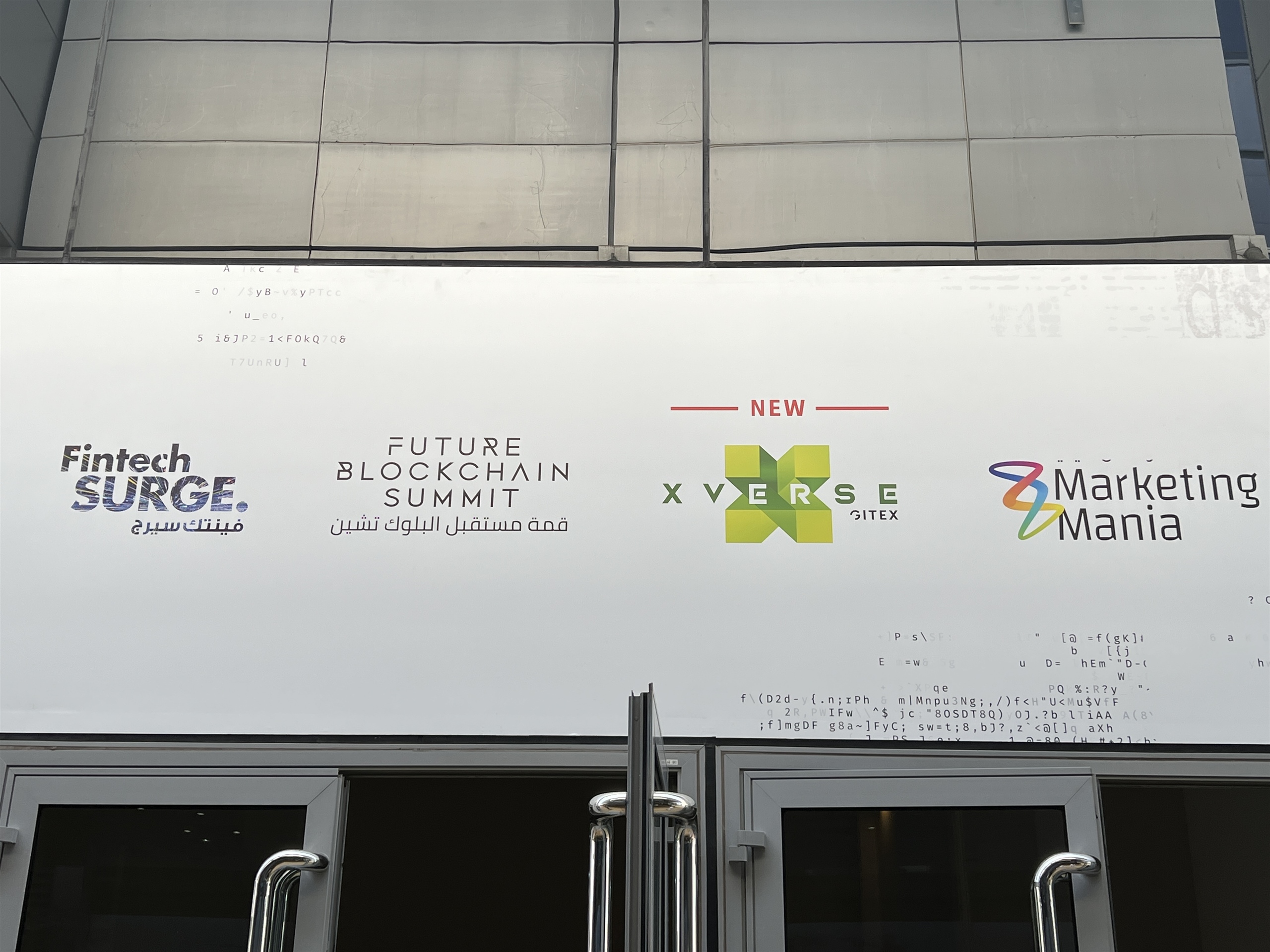 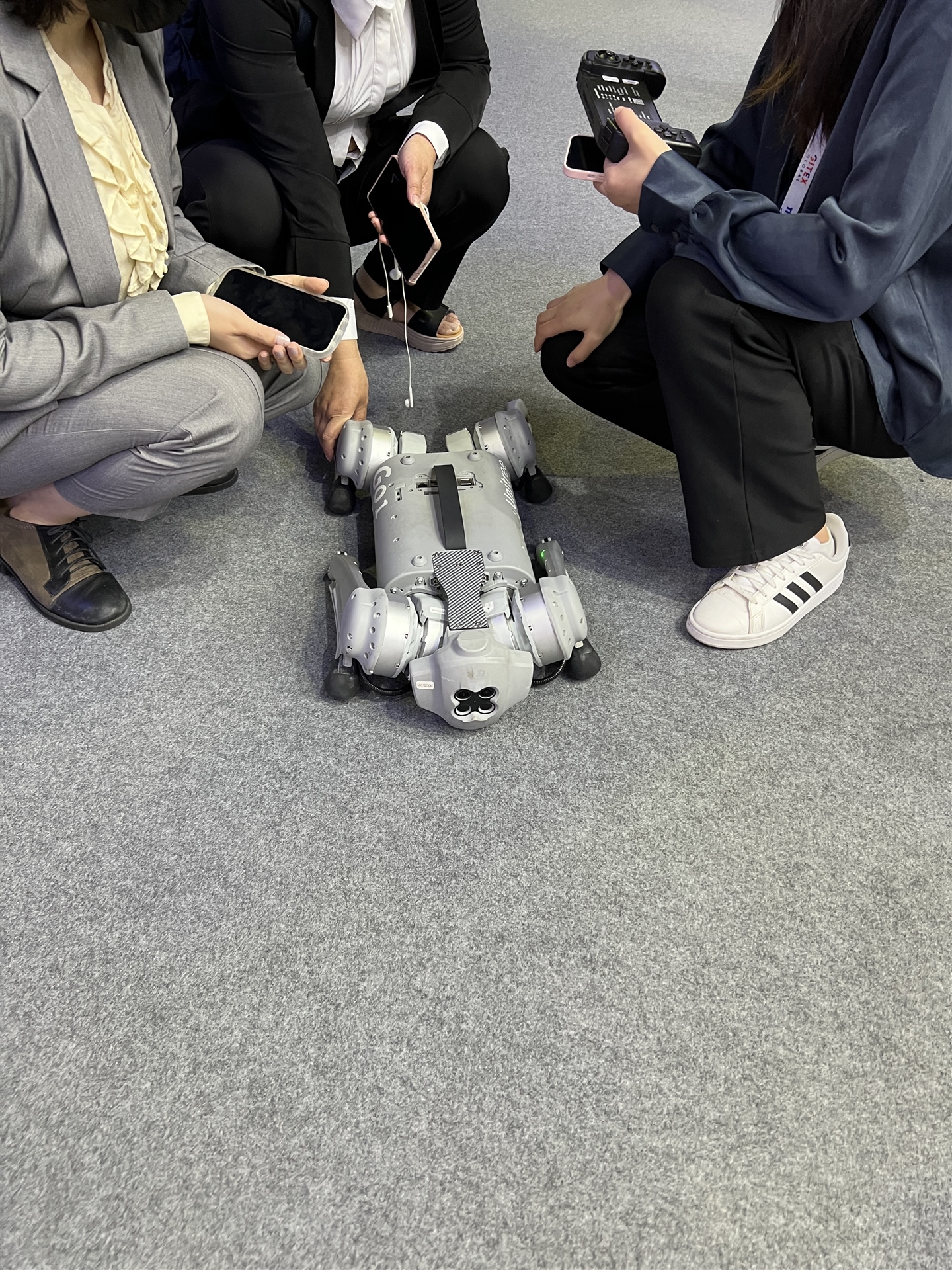 This was our fourth time attending GITEX, and it’s gotten bigger each time. I feel the conference is at max capacity. The infrastructure can’t cope with the masses any longer—the roads are in a permanent traffic jam, and walking toward the metro station takes 35 minutes instead of five.
You had to queue for food, water, and even the toilets.
I’ve never seen this before, and I’m curious about how they intend to manage it next year. Maybe they’ll limit the number of attendees per day, but I leave the problem for more competent people than me.

On the positive side, some people asked for our office in Dubai, and we could finally tell them we’re already in the process of opening one. This means I’ll visit another global SolarWinds office on my next visit!

On Friday, I left a little earlier.

I flew from Dubai to Mumbai and from Mumbai to Singapore, where I arrived a bit before lunch on Saturday.

This was my first time in Singapore!

I’ve read about the humidity, but boy, I wasn’t prepared. As soon as you go outside, it hits you like a hammer.

This, and a bit of exhaustion from the last week, made me stay in my room for the remaining day, but on Sunday, I walked around for a few hours to see some landmarks.

Let me tell you: Singapore is exceptionally green. There are plants and trees everywhere; it’s really lovely.

Among other places, I went to the Gardens by the Bay, and I suggest going there if you’re visiting. It’s worth it. 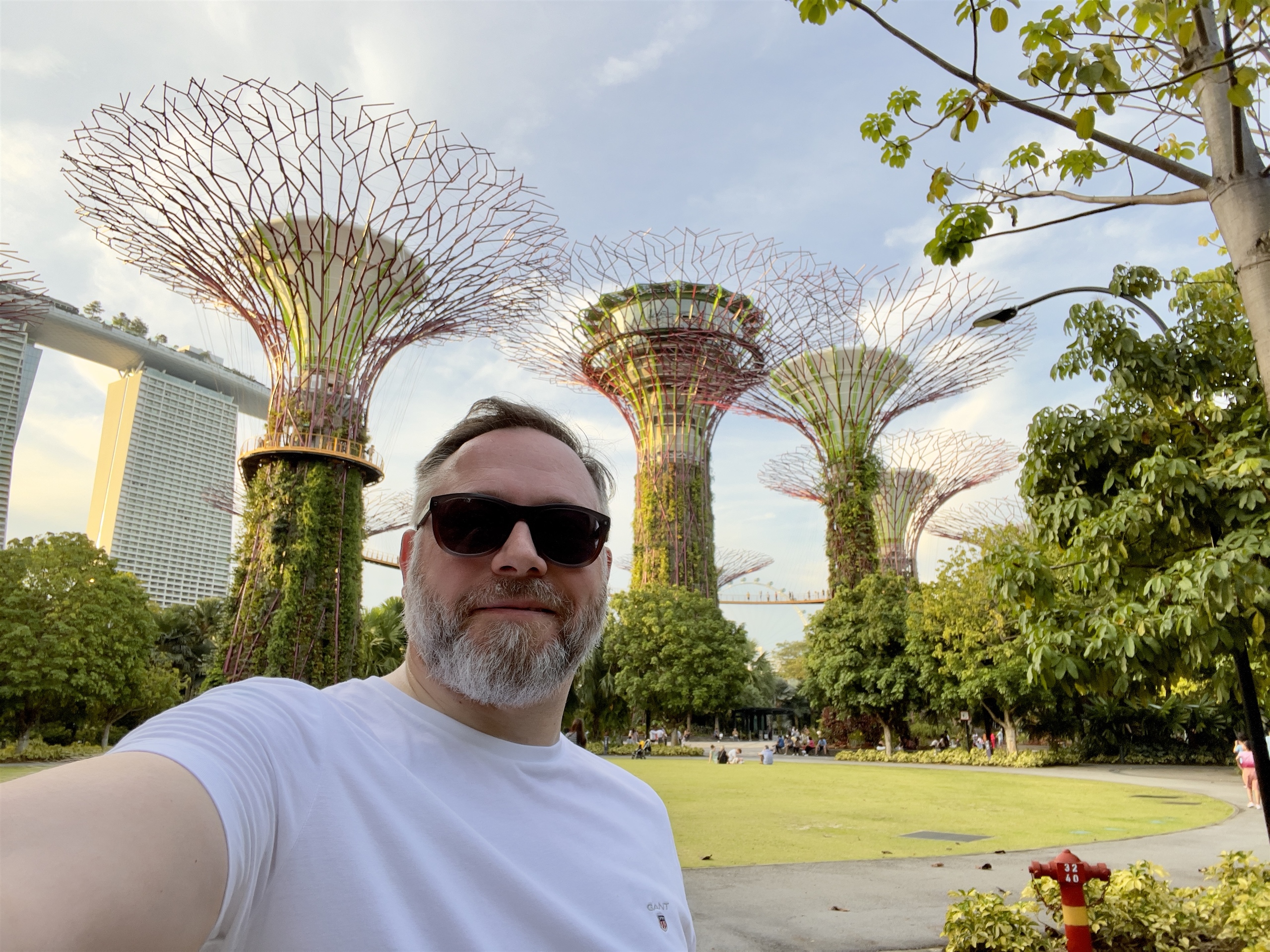 As it turned dark, I walked back to my hotel, and it looked even more impressive: 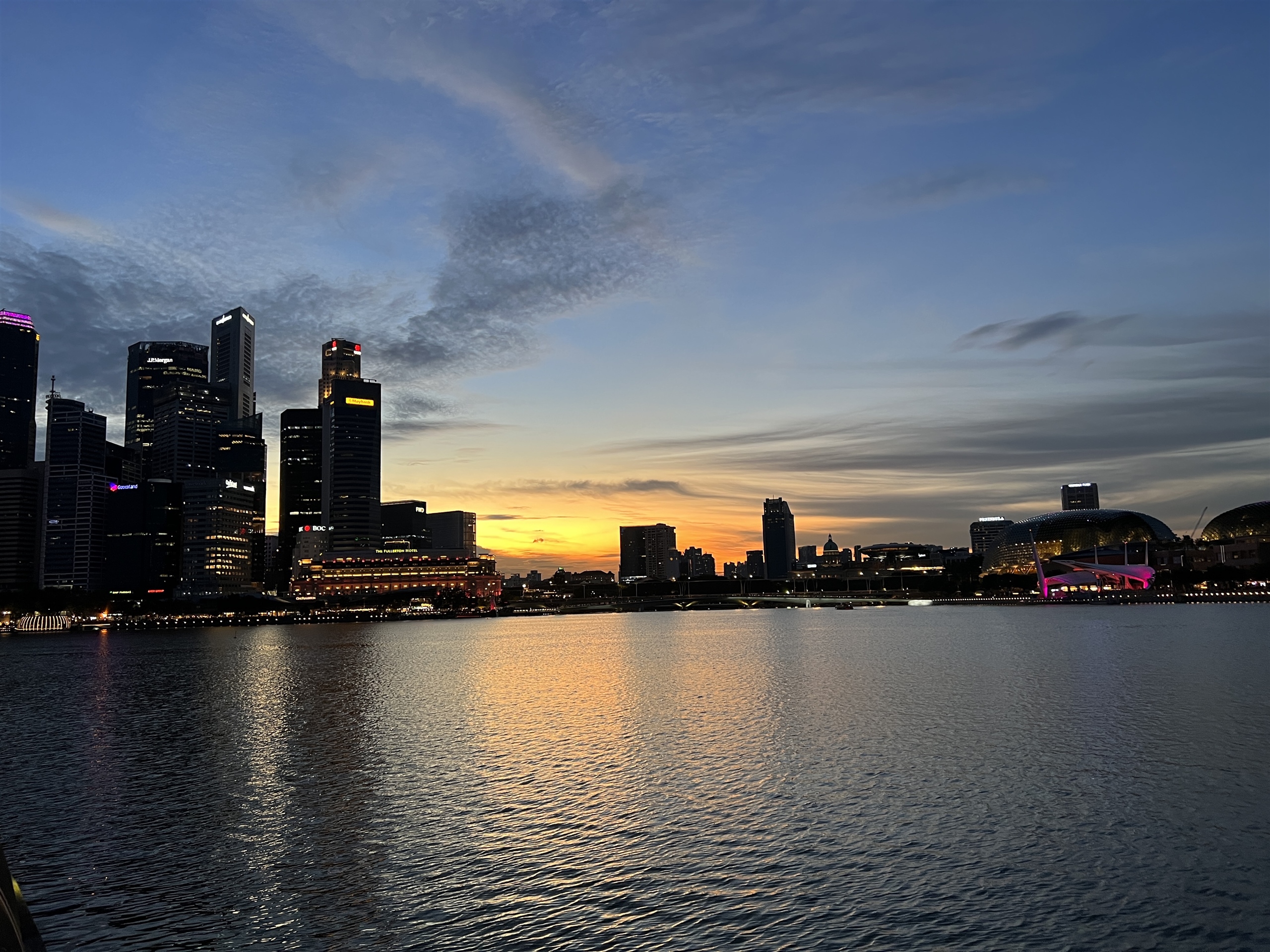 One thing I enjoy in the Middle East is the absolute feeling of security. I found the same in Singapore; everything is peaceful, and the people are relaxed and take care of others. Great!

On Monday, I visited our local office, and the view was spectacular. You can see parts of the Formula One track in this pic. I’m assuming we have office parties during the race days! 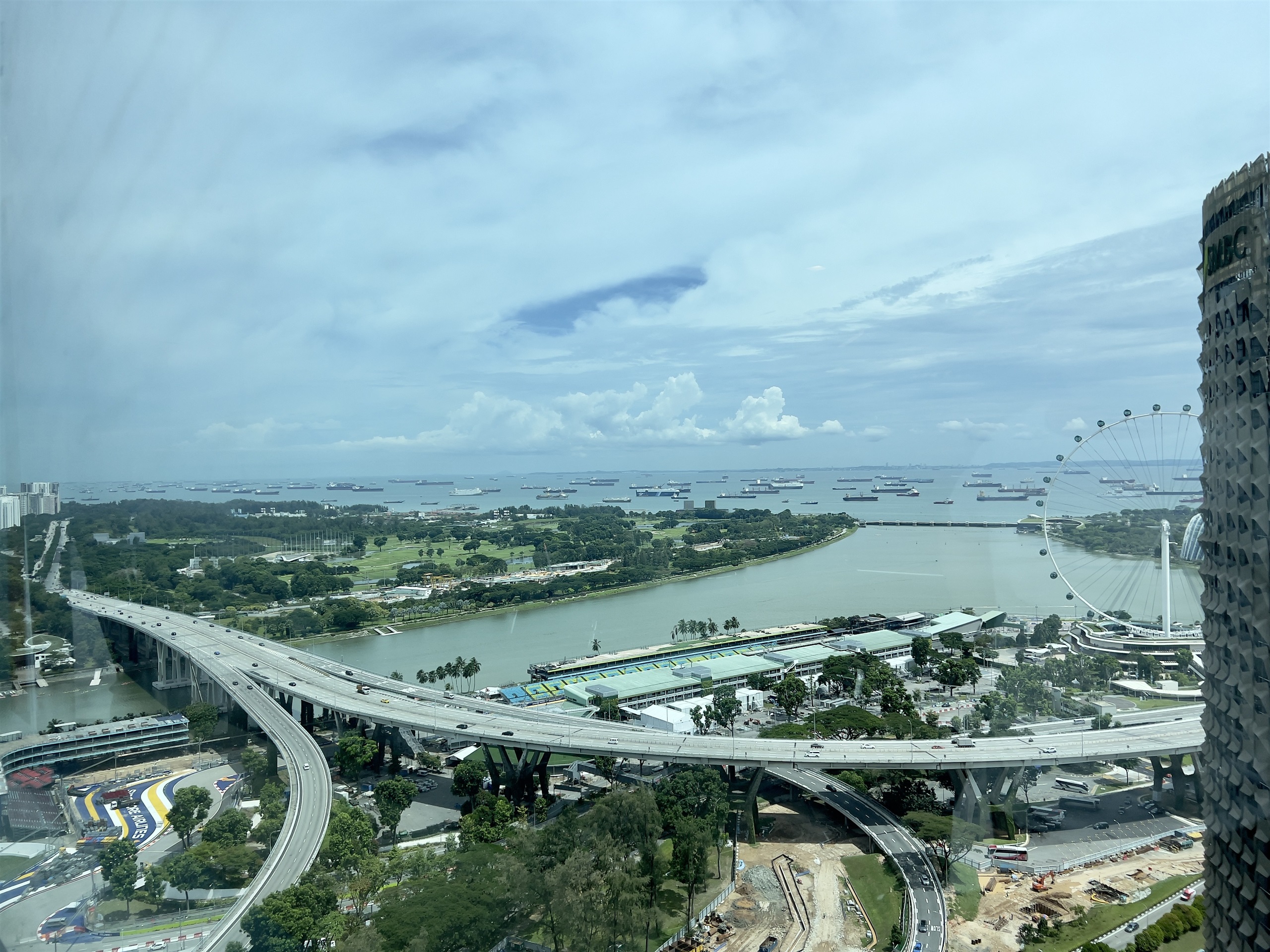 On the following day, the GovWare event started. It targets the public sector and governments in the whole region, so the discussions are a little different from GITEX.

In the next pic, the dude who’s looking into the cam works for us, and it seems he feels a little desperate, as his customer isn’t paying attention. No swag for the customer! 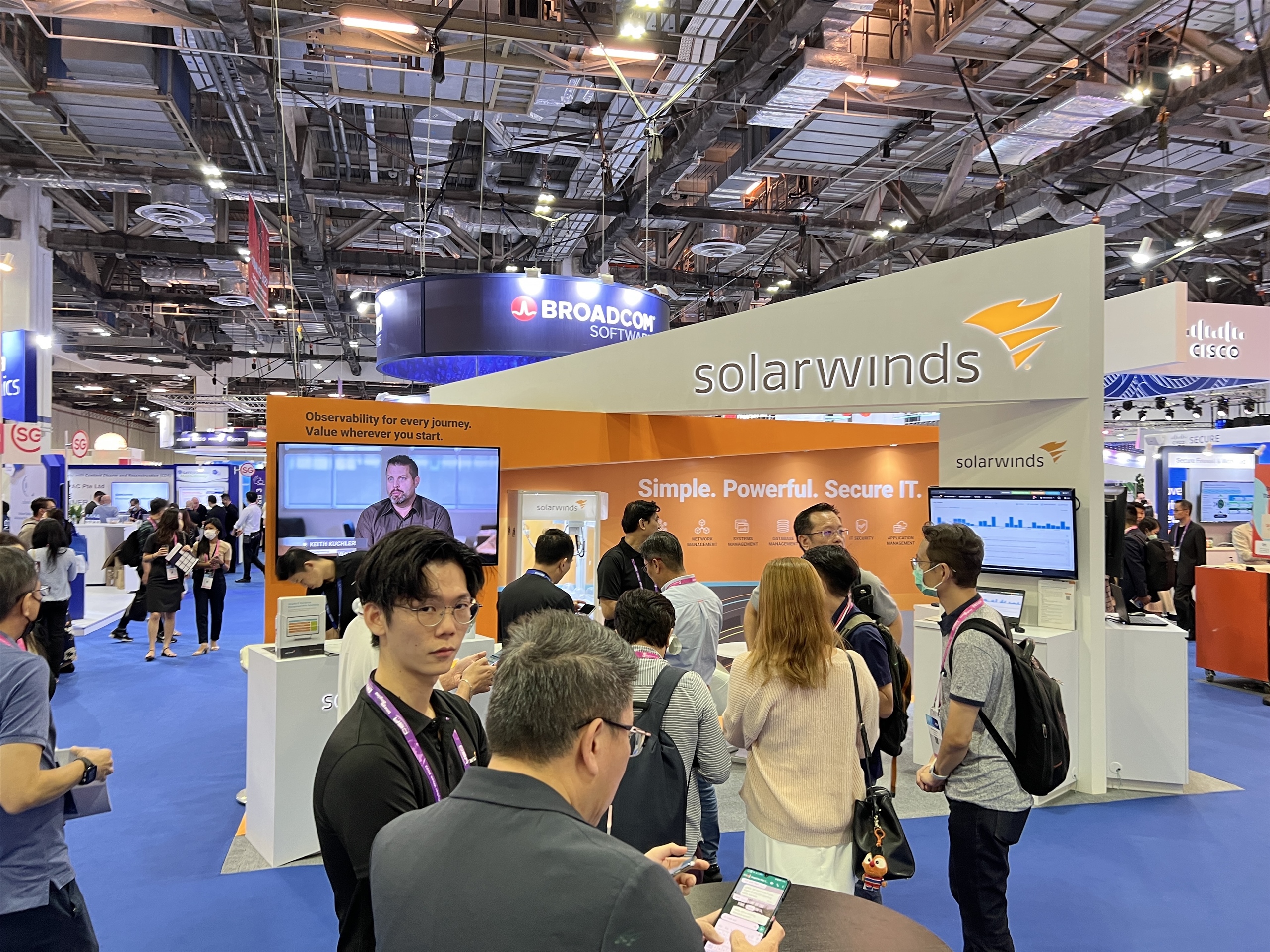 I discovered we're not very well-known in this region, or at least for this audience.
Many folks dropped by and asked about our photovoltaics or how we’d measure their efficiency.
When you hear this 20 times, it gets a bit tiring, but at least those attendees left the booth brighter than before!

A little later, our neighbors from Aruba started the booth party: 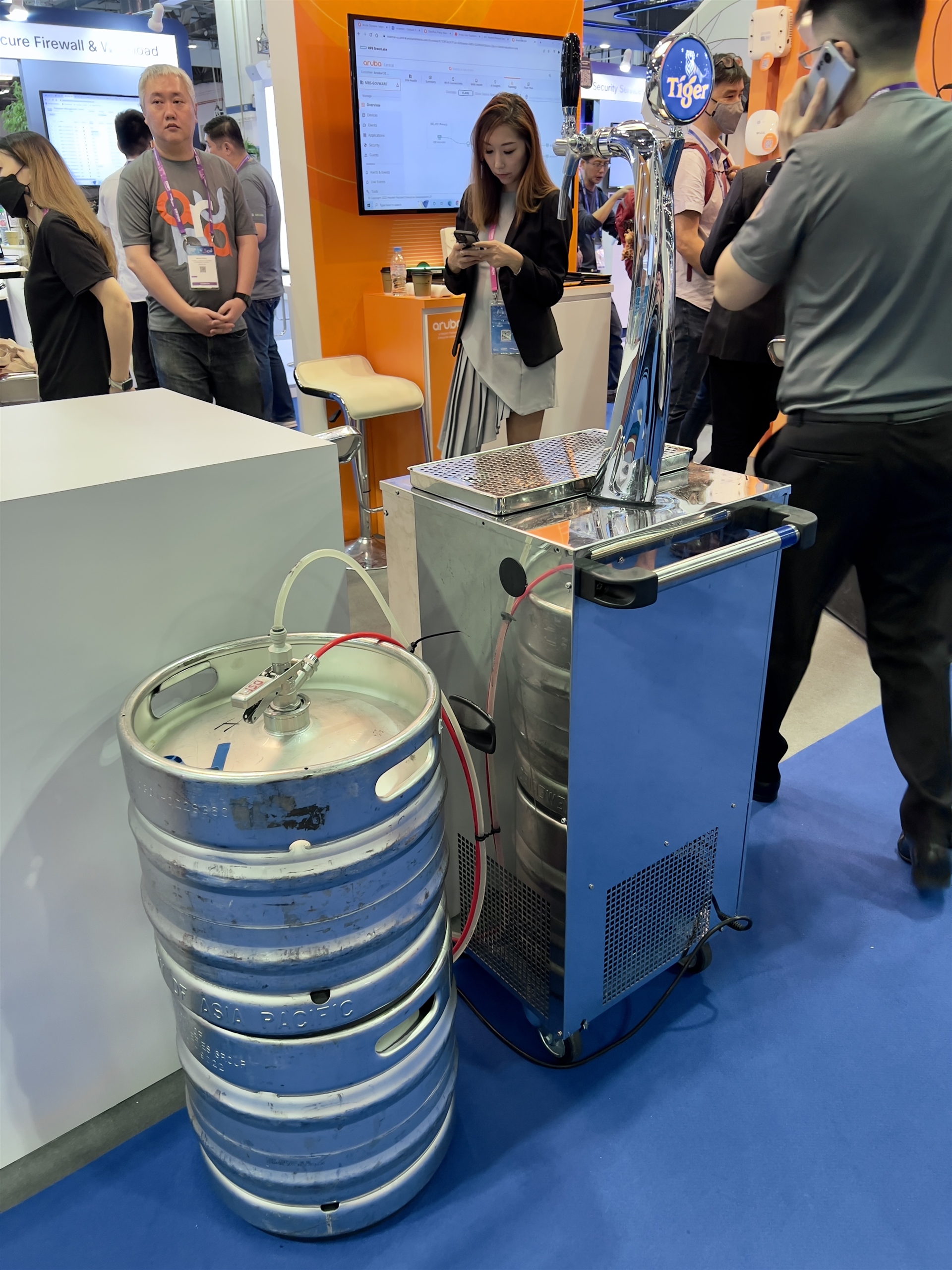 They did the same thing in the following days. Great idea, and thanks for the beer! We needed it after discussing all those wind turbine details!

What else? I saw this here: 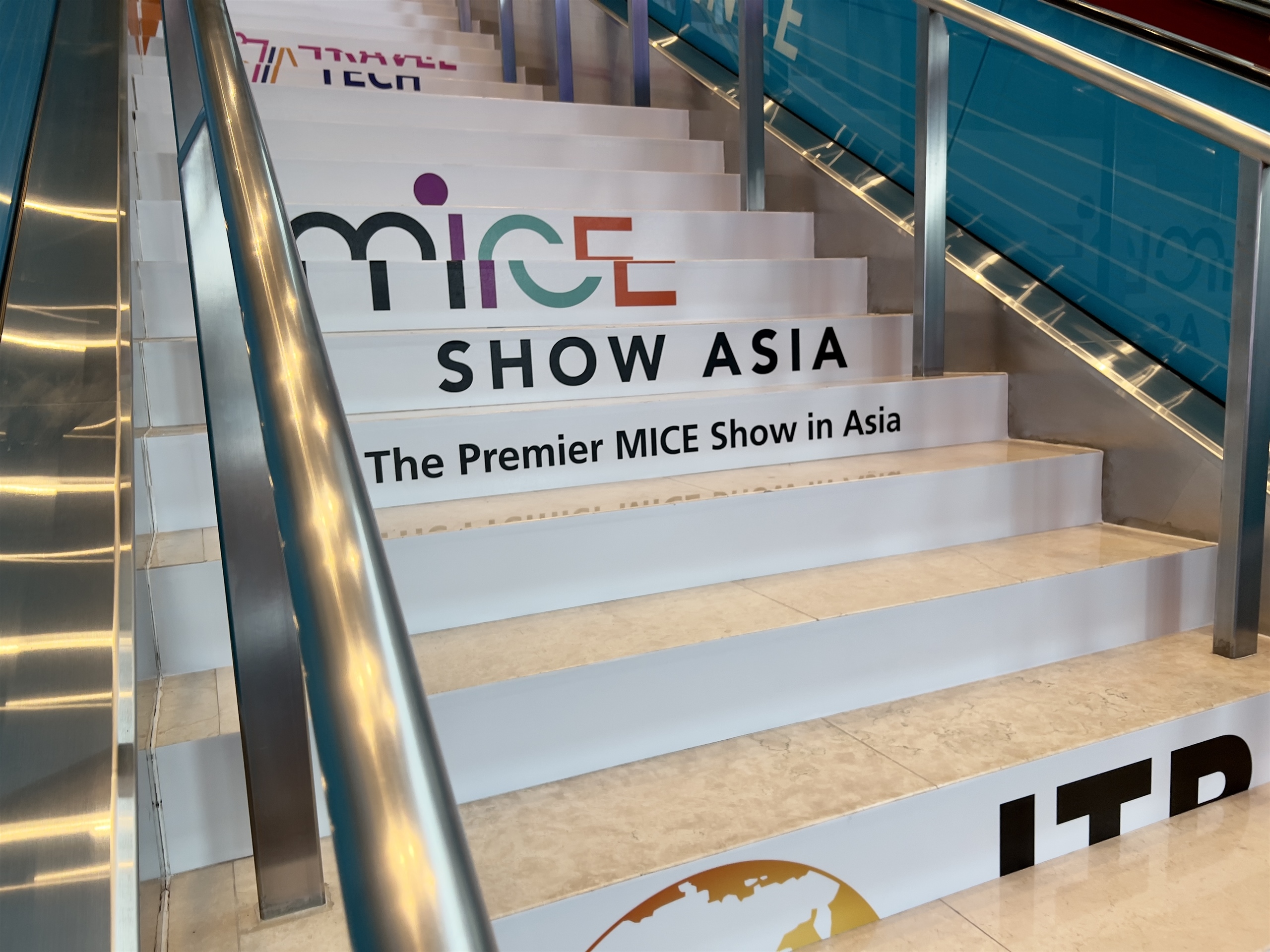 And even though I looked it up and knew MICE had a different meaning, I sent the picture home, where someone else wasn’t amused at all: 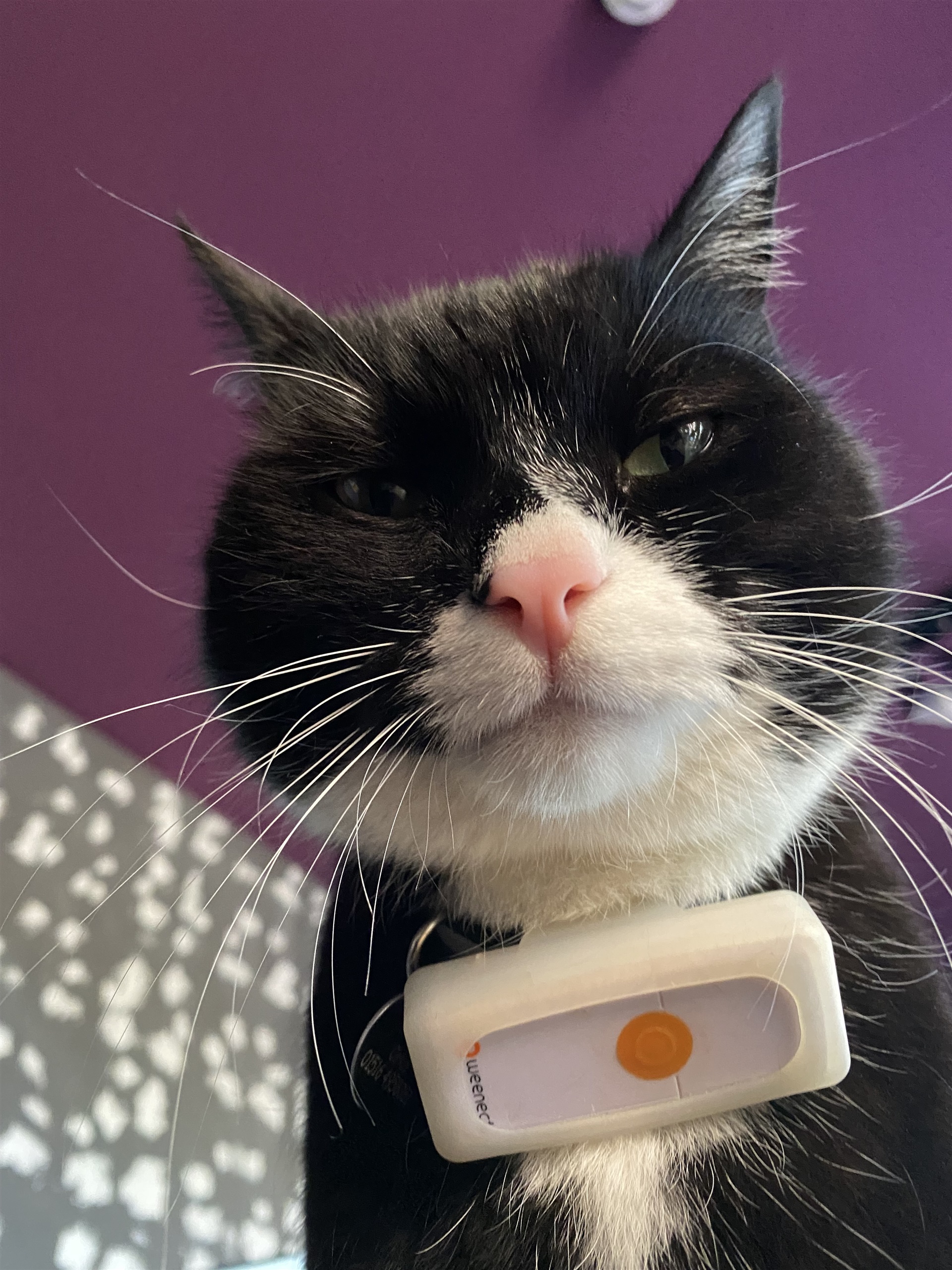 I think he wants to apply as a judge next year. Or a connoisseur. Or both.

Speaking of connoisseurs, I haven’t mentioned the food so far.
The local food was a mixed bag for me. Singapore is a melting pot, and you can get all kinds of Asian food here, and they told me it’s always authentic.
I enjoyed Vietnamese, Korean, Thai, and Japanese food.
I also had Indian dishes, but I’m already used to the great Indian chefs in Dubai.
What I struggled with, unfortunately, were the local Singaporean dishes and the Chinese ones.
Here's an example: chicken boiled with its skin.
It’s not my favorite, but I thought, “Why not try it?” But they serve it cold! Cold!
I made a surprised Pikachu face and couldn’t continue eating—sorry.

Anyway, I wasn’t finished with my trip. One more week to go.

I took a flight from Singapore to Munich (13 hours, brutal!) and then to Berlin, where I managed to stay home for 36 hours. I was able to wash my things, say hi to the cat, and sleep—a lot.
Next stop: Nuremberg.

I’ve been here numerous times, and the event is called IT-SA.

On Monday afternoon, I waited for my colleagues to join me in a restaurant and decided on a typical Bavarian starter: 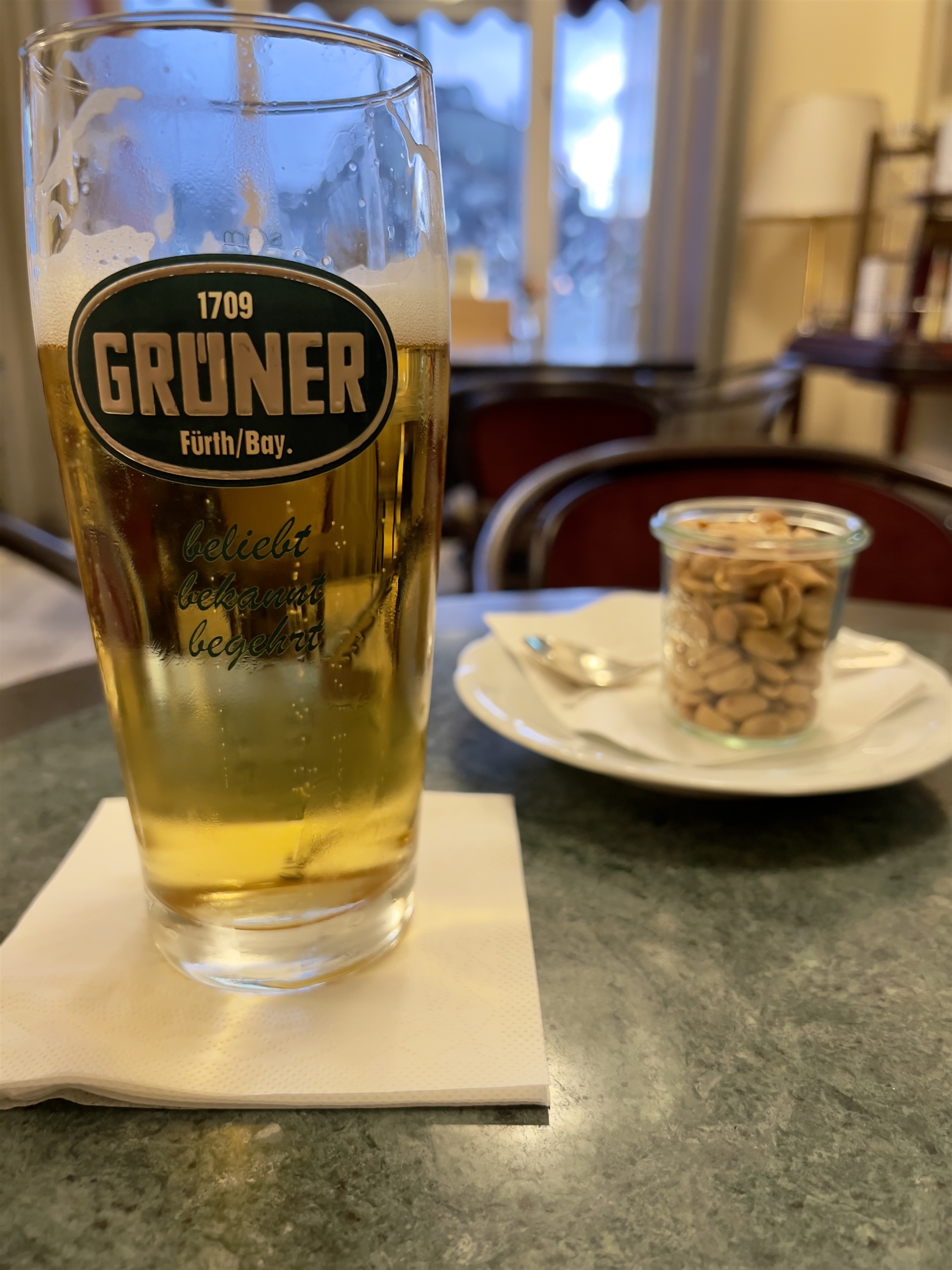 It was nice to have a good beer after spending two weeks abroad.
Our booth was relatively small this time. We attended with one of our local distributors, so we had just one part of a shared booth: 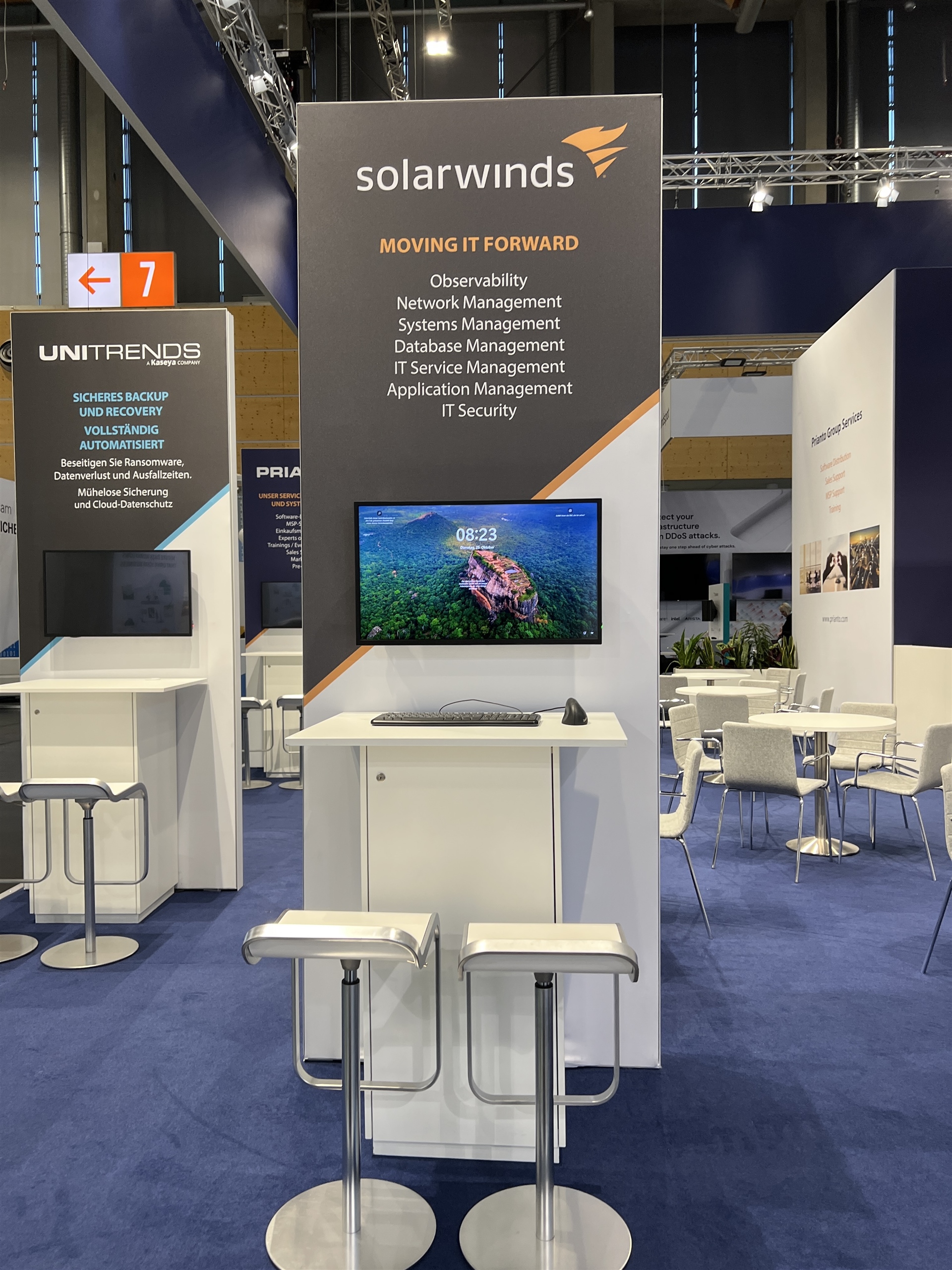 As you can see in the back, there’s lots of private seating available.
This kind of event is a little different, as many C-level executives attend. Once they’re interested in what they see, you take them to the back and discuss further details where it’s less noisy.

But more importantly:, there was a Barista at the booth! That was awesome! 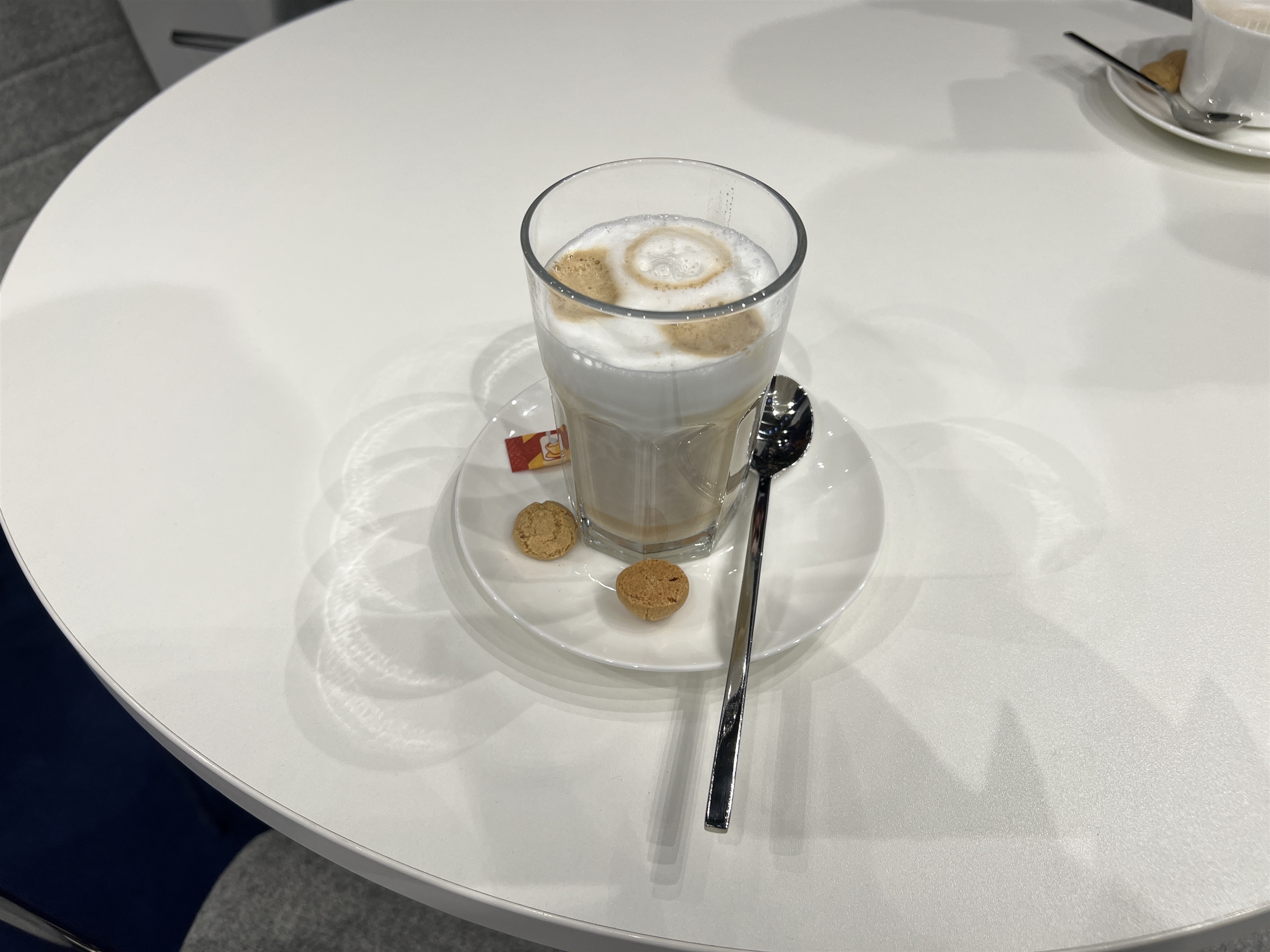 Nuremberg is beautiful, but I’ve been here quite often, so I didn’t go into the city again.
Also, I was exhausted after three weeks of travel.
But I did try one of their local specialties—Schäufele, grilled pork shoulder—for the first time. 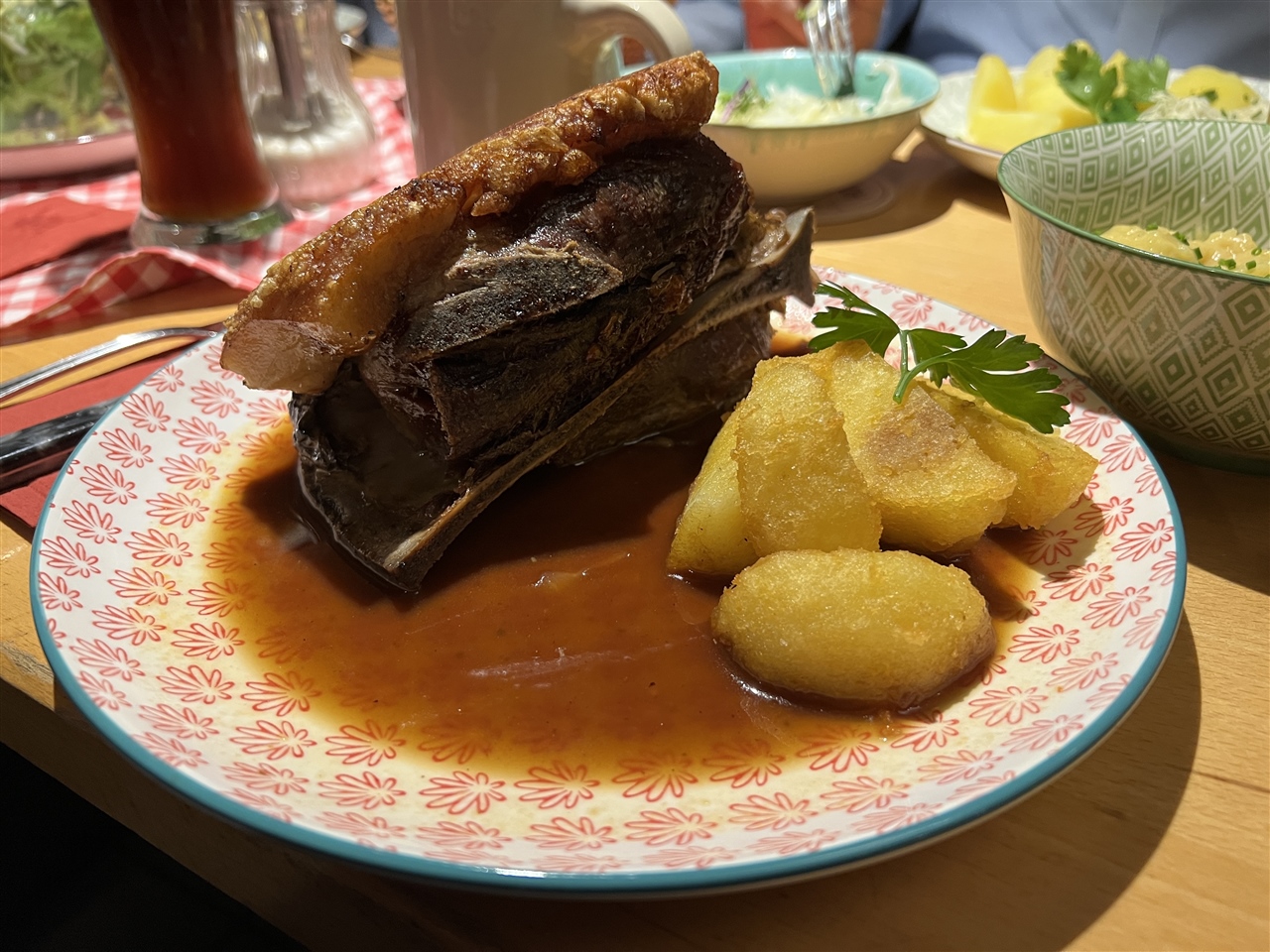 It wasn't bad, but I prefer the Franconian version of Sauerbraten. Next time.

Well, at the end of the week, I traveled back home. I usually take a train inside Germany where possible, and from Nuremberg to Berlin, it’s just three and a half hours.

Something bugged me for a few days, and it was the skin under my beard.
I spent three weeks night and day in air-conditioned hotel rooms and venues, and my skin turned red, itchy, and flaky.
So once I was back home, I shaved for the first time in six years, applied various products over the weekend, and now I don’t want to leave home until my beard grows again.

See you guys sometime, someplace, and take care of your skin!

In the meantime, I need to find a beard filter for Teams meetings.