Resources
Geek Speak Part 2: Everything I Needed To Know About A Career In I.T.

Part 2: Everything I Needed To Know About A Career In I.T. 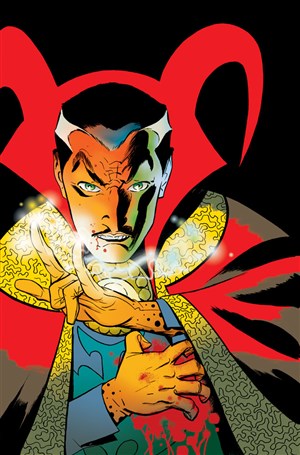 When fate robs you of your skills, you can always seek others

The catalyst for the whole story was an accident that damaged Strange's hands beyond repair, or at least beyond his ability to ever hold a scalpel again.

The corollary for IT pros happens when we lose a technology. Maybe the software vendor is bought out and the new owner stops developing the old tools. Maybe your company moves in a different direction.  Or maybe the tool you know best  simply becomes obsolete. Whatever the reason, we IT professionals have to be ready to, in the words of my colleague Thomas LaRock (sqlrockstar), learn to pivot.

The interesting thing is that, very much like Stephen Strange, most of the time when we are asked (or forced) to pivot, we find we are able to achieve results and move our career forward in ways we couldn't have imagined previously.

Leverage the tools you have to learn new tools

One of the smaller jokes in the movie is when Wong the librarian asks, "How's your Sanskrit?" Strange glibly responds, "I'm fluent in Google Translate.” (Side note: Google translates Tamil, Telugu, Bengali, Gujarati, Kannada, and Sindhi among other Indic languages. But Sanskrit is not yet on the list).

The lesson for us in IT is that often you can leverage one tool (or the knowledge you gained in one tool), to learn another tool. Maybe the menuing system is similar. Maybe there are complimentary feature sets. Or maybe knowing one solution gives you insight into the super-class of tools that both tools belong to. Or maybe it's as simple as having a subnet calculator or TFTP server that lets you get the simple jobs done faster.

There’s no substitute for hard work

It's important to note that Strange does, in fact, learn to read Sanskrit. He puts in the work so that he isn't reliant on the tool forever. In fact, Strange is rarely shown already knowing things. Most of the time, he's learning, adapting, and most frequently just struggling to keep up. But at the same time, the movie shows him putting in enormous amounts of work. He rips through books at a fearsome rate. He learns to project his astral form so that he can stretch out his sleeping hours and continue to read, absorb, and increase his base of knowledge. Obviously, he also has natural gifts, and tools, but he doesn't rest on either of those.

In IT, there really is no better way to succeed than to put in the work. Read the manual. Test the assumption. Write some sample code. Build a test network (even if you do it completely virtually). Join a forum (for example, http://www.thwack.com?), and ask some questions.

Experience, creativity, and powerful tools help save the day

At the climax of the movie, Strange defeats the Dread Dormammu, lord of the dark dimension, in a most curious way: He creates a temporal loop that only he can break, locking Dormammu and himself into an endless repetition of the same moment in time. Faced with the prospect of his own personal Groundhog Day, Dormammu agrees to leave the Earth alone. The interesting thing is that, by all accounts, Strange isn't the strongest sorcerer in the world. Nor is he the most experienced. He has a spark of creativity and a few natural gifts, but that's about it.

Anyone in IT should be all too familiar with this narrative. A willingness to use the tools at hand, along with some personal sacrifice to get the job done, is often how the day is saved. In the movie, the tool at hand was the Eye of Agamotto. In real life, the small but powerful tool is often monitoring, which provides key insights and metrics that help us cut straight to the heart of the problem with little effort or time wasted.

In the course of his therapy, Stephen Strange is referred to the case of Jonathan Pangborn, a man who suffered an irreparable spinal cord injury, but who Strange finds one day playing basketball with his buddies. Telling Pangborn that he is trying to find his own way back from an impossible setback, Strange begs him to explain how he did it. This is what sets the hero's path toward the mystical stronghold in Kathmandu.

In IT, we run up against seemingly impossible situations all the time. Sometimes we muscle through and figure it out. Sometimes we just slap together a kludgy workaround. But sometimes we find someone who has had the exact same problem, and solved it! We need to remember that many in our ranks have stood where we stand and solved what we hope to solve. There’s no need to struggle to re-invent an already existing solution. But to benefit from others' experience, we have to ASK.

That's where being part of a community, such as Stack Exchange or THWACK

, can pay off. I’m not talking about registering an account and then asking questions only when you get stuck. I mean joining the community, really getting involved, reading articles, completing surveys, adding comments, answering questions, and, yes, asking your own as they come up.

Even broken things can help you find your way

On his way to the mystical school of Kamar Taj, Doctor Strange is accosted by muggers and ordered to give up his watch. Even though he is rescued from what appears to be a brutal beating, his watch isn't so lucky. It's only later that we realize there's an inscription on the back that reads, "Only time will tell how much I love you,” indicating that the watch is from Christina, one of the few people Strange has made a personal connection with.

While the joke, "Even a broken clock is right twice a day" comes to mind, the lesson I'm thinking of is a little deeper. In IT, we often overlook the broken things, whether it's code that doesn't compile, a software feature that doesn't work as advertised, or hardware that's burnt out, in favor of systems and solutions that run reliably. And that's not a bad choice, generally speaking.

But our broken things can still teach us a lot. I've rarely learned anything from a server that ran like clockwork for months on end. But I've learned a lot about pin-outs, soldering, testing, timing, memory registers, and more when I've tried to get an old boat anchor working again.

Sometimes that knowledge transferred. Sometimes it didn't. But even if not, the work grounded me in the reality of the craft of IT, and gave me a sense of accomplishment and direction.

Did you find your own lesson when watching the movie? Discuss it with me in the comments below. And keep an eye out for parts 3-4, coming in the following weeks.