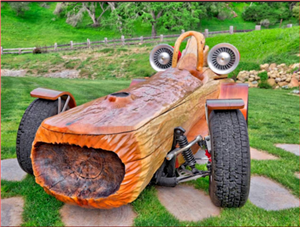 After a week with over 27,000 network nerds (and another week to recover), I'm here to tell you about who and what I saw (and who/what I missed) at Cisco Live US 2017.

The View From the Booth

Monday morning the doors opened and WE WERE MOBBED. Here are some pictures: 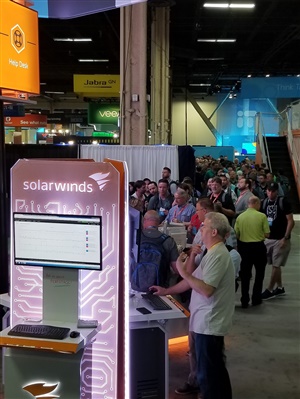 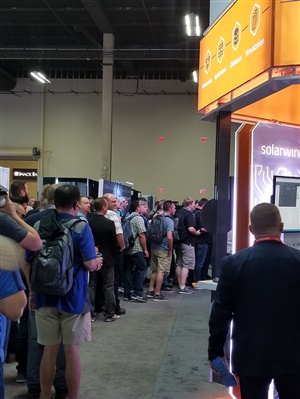 Our backpack promotion was a HUGE crowd pleaser and we ran out almost immediately. For those who made it in time, you've got a collector's item on your hands. For those who didn't, we're truly sorry that we couldn't bring about a million with us, although I feel like it still wouldn't have been enough.

Also in short supply were the THWACK socks in old and new designs. 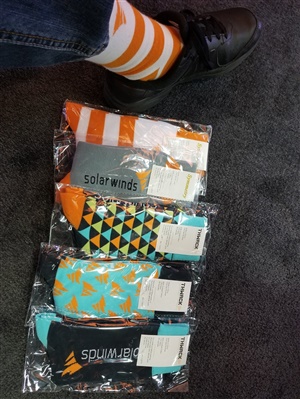 These were instant crowd pleasers and I'm happy to say that if you couldn't make it to our booth (or to the show in general), you can still score a pair on the THWACK store for a very affordable 6,000 points.

Over four days, our team of 15 people was able to hang out with over 5,000 attendees who stopped by to ask questions, find out what's new with SolarWinds, and share their own experiences, stories, and experiences from the front lines of the IT world.

More than ever, I believe that monitoring experts need to take a moment to look at some of the "smaller" tools that SolarWinds has to offer. While none of our sales staff will be able to buy that yacht off the commission, these won't-break-the-bank solutions pack a lot of power.

There are more tools - including the free tools - but you get the point. Small-but-mighty is still "a thing" in the world of monitoring.

More people were interested in addressing their hybrid IT challenges this year than I can remember in the past, including just six months ago at Cisco Live Europe. That meant we talked a lot about NetPath, PerfStack, and even the cloud-enabled aspects of SAM and VMan. At a networking show. Convergence is a real thing and it's happening, folks.

Also, we had in-booth representation for the SolarWinds MSP solutions that garnered a fair share of interest among the attendees, whether they thought of themselves as MSPs, or simply wanted a cloud-native solution to monitor and manage their own remote sites.

All Work And No Play

But, of course, Cisco Live is about more than the booth. My other focus this year was preparing for and taking the Cisco CCNA exam. How did I do? You'll just have to wait until the July 12th episode of SolarWinds Lab to find out.

But what I did discover is that taking an exam at a convention is a unique experience. The testing center is HUGE, with hundreds of test-takers at all hours of the day. This environment comes with certain advantages. You have plenty of people to study and -- if things don't go well -- commiserate with. But I also felt that the ambient test anxiety took its toll. I saw one man, in his nervousness to get to the test site, take a tumble down the escalator. Then he refused anything except a couple of Band Aids because he "just wanted to get this done."

In the end, my feeling is that sitting for certification exams at Cisco Live is an interesting experience, but one I'll skip from now on. I prefer the relative quiet and comfort of my local testing center, and juggling my responsibilities in the booth AND trying to ensure I had studied enough was a huge distraction.

While I got to take a few quick walks around the vendor area this year, I missed out on keynotes and sessions, another casualty of preparing for the exam. So I missed any of the big announcements or trends that may have been happening out of the line of site of booth #1111.

And while I tried to catch up with folks who have become part of this yearly pilgramage, I missed catching up with Lauren Friedman (@Lauren), Amy ____ (), and even Roddie Hassan (@Eiddor), who I apparently missed by about 20 minutes Thursday as I left for my flight.

Nah, there's more. My amazing wife came with me again this year, which made this trip more like a vacation than work. While Las Vegas is no Israel in terms of food, we DID manage to have a couple of nice meals. 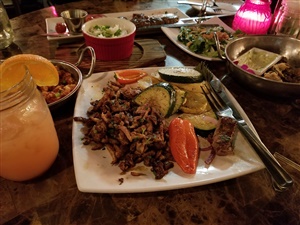 It was also a smart move: Not only did she win us some extra cash: 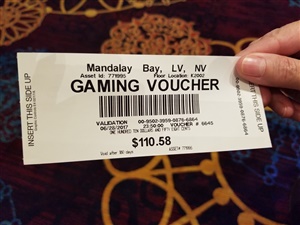 ...she also saved my proverbial butt. I typically leave my wallet in the hotel room for the whole conference. I only realized my mistake as the bus dropped us OFF at the test center. It would have meant an hour there-and-back and missing my scheduled time to go get it. But my wife had the presence of mind to stick my wallet in her bag before we left, so the crisis was averted before I had suffered a major heart attack.

So if my wife and I were in Vegas, where were the kids?

They were back home. Trolling me.

Apparently the plans began a month ago, and pictures started posting to Twitter before our plane had even landed. Here are a few samples. You have to give them credit, they were creative. 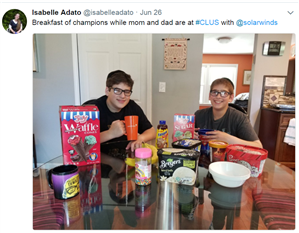 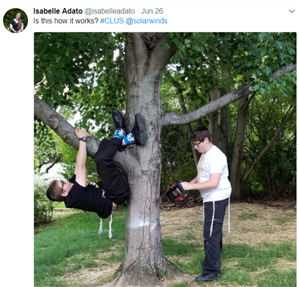 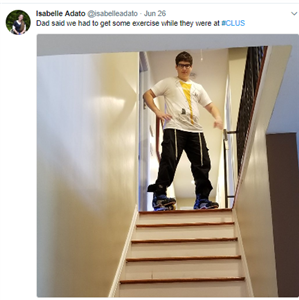 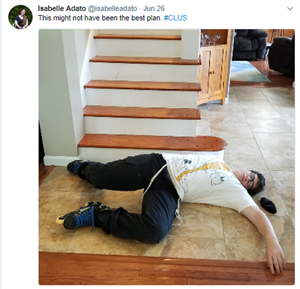 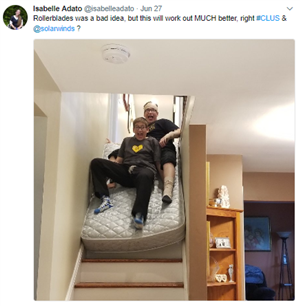 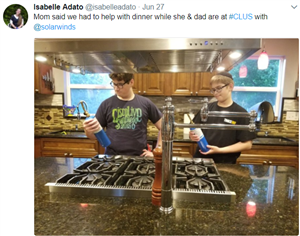 But I got the last laugh. Their antics caught the attention of the Cisco Live social media team, who kept egging them on all week. Then, on Wednesday, they presented me with early entry passes to the Bruno Mars concert. 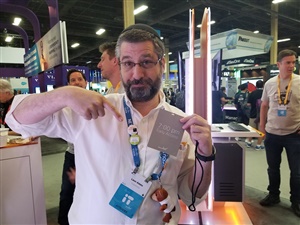 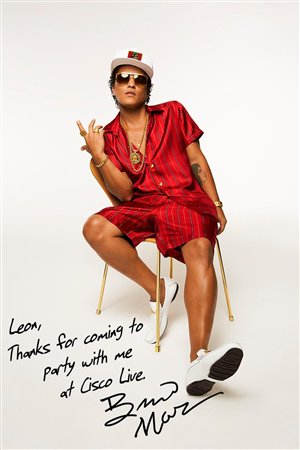 My daughter took it all in stride: 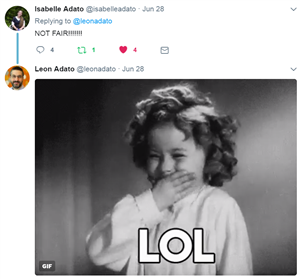 Cisco Live is now firmly one of the high points of my yearly travel schedule. I'm incredibly excited for Cisco Live Europe, which will be in Barcelona this year .

But I got the ultimate revenge on my kids when it was announced that Cisco Live US 2018 will be in... Orlando. Yep, I'M GOING TO DISNEY!!

Outside of the Cisco Live circuit, I'll also be attending Microsoft Ignite in September, and re:Invent in November.

So stay tuned for more updates as they happen!