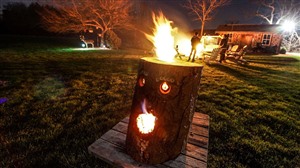 Next week I'm flying down to Orlando, Florida to spend a week filling my brain with all things MS: Ignite. I'm especially excited about this trip because it is one of the first times as a Head Geek that I'm traveling to a server- and application-centric show.

To be sure, we get our fair share of questions on SAM, DPA, SRM, WPM, VMAN, and the rest of the systems-side of the house at shows like Cisco Live, but I'm expecting (and looking forward to) a whole different class of questions from a convention that boasts 15,000+ folks who care deeply about operating systems, desktops, servers, cloud, and applications.

There are a few other things that will make next week special: 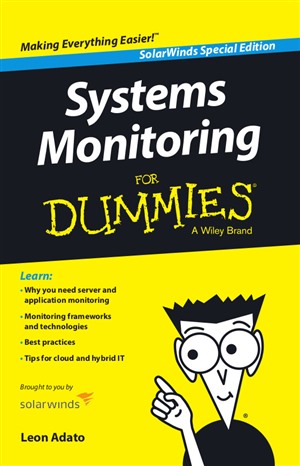 But that's more or less the view from show floor. There are things that I'm eager to experience beyond the booth border (#1913, for those who will be in the neighborhood).

Tom will be giving two different talks, both of which I personally want to hear about: "Upgrading to SQL Server 2016" is going to be packed full of information and one of those sessions where you'll either want a keyboard or a recorder to get all the details. But "When bad things happen to good applications" promises to be classic SQLRockStar in action. For that one, I plan to bring a lighter for the encore number at the end.

I also am very eager to get out and see what Microsoft is all about these days. Sure, I use it on the desktop, and I read the news, and I'm friends with an ever-growing number of folks who work in Redmond. But shows like these are where you get to see the aspirational side of a company and it's technology. Ignite is where I will get to see who Microsoft WANTS to be, at least in the coming year.

That aspirational quality will be on display nowhere as much as the keynote talk by Satya Nadella on Monday. Look for me to be live-tweeting at that event, at the very least.

Stay tuned for my follow-up log in two weeks, which I expect will be full of unexpected discoveries, a few food-related pictures, and hopefully a few shots of the SolarWinds friends we met up with while we were there.