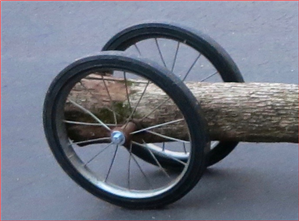 Hey everyone, I've had a chance to decompress and gather my thoughts from Cisco Live US 2018 (#CLUS18, as the cool kids say). So, pour yourself a liquid refreshment, sit back, and let me tell you how it went.

After two years in the climatological hellscape that is Las Vegas (June clocks in at about 110 degrees!), Orlando made a refreshing change. And I'm told that our week at Cisco Live was pretty typical: It hovered around 90 degrees, was humid enough that you could use a jet ski to get from the hotel to the venue, and there was a torrential downpour each night around 5 p.m. Not that I'm complaining. OK, maybe a little.

However, folks down near the house of the mouse have mastered the art of A/C—you never went into hypothermic shock from walking into a store, bus, or convention center. You just walked in and it was... good. Nice. And the afternoon rains tended to cool everything down, but they didn't stick around long enough to completely trash whatever nighttime plans you made.

I'm going to write more about this elsewhere, but the thing that struck me most was that software defined networking (SDN) seems to have finally arrived (at least for some) in the enterprise. This was the first time a customer—a real live, breathing, non-carrier customer—came to the booth and told me they were running SDN in their production environment. And they were REALLY running it: 2 production and 2 dev environments. That shows me SDN (via Cisco’s ACI and yes, it’s different, but close enough for this conversation) is finally finding a place in the typical enterprise, not just ISPs.

Meanwhile, folks who visited the booth had an insanely positive response to the SolarWinds story. Make no mistake, scalability is an evergreen topic that comes up at EVERY show. But with the improvements introduced in NPM 12.3 (and NTA 4.4, and NCM 7.8), it was such a fun conversation. It was the first time that people told me “Oh, THAT much? Oh, we don't need THAT much.” Automated mapping put a smile on people’s faces. And the interface code snippets were the sleeper “take my money” hit of the convention.

This year we had a prime spot and got to view a lot of the typical #CLUS antics up close. Of course, people came to us to help satisfy their #SocksOfCLUS cravings. #KiltedMonday was extremely well-attended (and included our own Kevin Sparenberg). And this year saw the first ever #ColumnsOfCLUS trend, where people took selfies next to the columns with SolarWinds information on it for fun, fame, and even prizes.

Heard it Through the Grapevine

This year I heard some amazingly compelling stories from attendees that helped me understand the boots-on-the-ground reality for network specialists.

One person I spoke to has been in networking for over 3 decades. This was his first Cisco Live since San Diego in 2015. He attended the full week including the Sat/Sun sessions and came away both impressed and slightly depressed. His comment was that “DNA looks amazing. We have to have it. But Cisco needs to understand that for guys like me, there’s an 8-year lead time. Going to DNA isn't like replacing our 3650s with 4900 series devices one at a time as budget permits. To make this new technology work, all our infrastructure has to change. I work in the medical sector. We’ve got money. But it’s hard to justify new gear when the current gear is still passing packets. I’ll keep an eye on it, but it ain’t happening right now.”

Another IT pro had a more hopeful story for me regarding his growth. He was working as a substitute teacher back in 2009, when on a lark he interviewed for a level 1, third shift NOC position. He used that third shift time to learn everything he could, made a couple of smart job hops, kept pushing for more challenging projects, and is now a lead network engineer at his company. But because of his NOC experience, he remained the go-to person for monitoring at each job. That's what allowed him to have access to the new equipment, and to be part of setting up and maintaining that gear.

There were some interesting stories (i.e., gossip) to be overheard both on social media and as I passed people in the halls between sessions. For example, there was this comment on Twitter:

"I just heard @ChuckRobbins say that the transition to ACI and orchestration is incredibly complicated. I can’t count the number of times I’ve been shouted down by @Cisco engineers for saying the exact same thing. Refreshing to hear from the top."

Cisco’s developer network, aka DevNet, announced that it had reached 500,000 members since the program was created in 2014. That is also noteworthy. Life as code indeed!

Cisco Live's total domination of Orlando meant that space was at a premium, which left Danielle Higgins—our stalwart THWACK guru and SWUG

coordinator—with a challenge. We knew we had to get our SolarWinds users together, but WHERE? In the end Danielle picked what I believe to be the perfect location, @ThePub (http://experiencethepub.com/orlando/), where we could get a drink AND our geek on. After a long day of sessions, demos, and conversations, The Pub was a welcome setting.

The Home Fires Were Definitely Burning

While I was rolling around Cisco Live, my kids were trolling me from home. What started at Cisco Live US 2017 and continued through Cisco Live Europe 2018 hit perhaps (I hope) its pinnacle at #CLUS18. They posted sad faces. They played Quidditch from my rooftop. They slow-mo sledgehammered my network gear. The Cisco Live social media team awarded them "Best remote attendee," but I now need to figure out how I'm ever going to feel safe leaving home again. 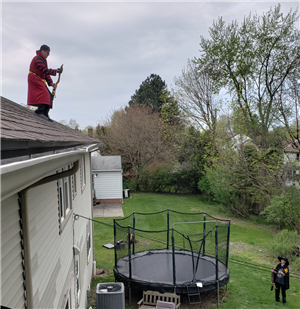 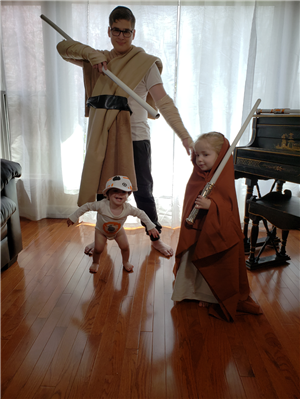 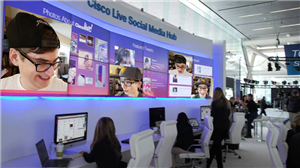 The theme of the opening keynote was "chaos and wonder" (you can view that keynote here: https://www.youtube.com/watch?v=6T6tnH4Whtw) and I'm OK with that. Anyone who has worked in IT gets the “chaos” part. Anyone who has been watching the industry these last 4 years also understands that pretty well.

But the “wonder” part… that makes me happy. As IT practitioners and networking specialists, what we are able to do—what we GET to do—on a regular basis is still insanely cool. Sometimes it’s legitimately the stuff of science fiction. And while many of us treat it as “ho-hum, that’s my day job,” to folks who are NOT in IT, it’s nothing short of miraculous.

And it is. Sometimes we need to recapture and revel in the sheer wonder of what we do.