CiscoLive! US ("CLUS") is literally right around the corner, set to open in sunny Orlando in just a couple of days. So it's time for me to run down the things I'm hoping to see and do while I'm hanging with 24,000+ of my closest friends and associates!

First, based on the recent enhancements to Network Insight in NPM and NCM, I've got a solid reason to dive deep into Nexus technology and see what treasures are there for me to find. As a monitoring engineer, I find that I often approach new technology "backward" that way--I'm interested in learning more about it once I have the capability to see inside. So now that the world of VDCs, vPCs, PACLs (port-based ACLs), VACLs (VLAN-based ACLs), etc. are open to me, I want to know more about it.

And that takes me to the second point. I'm really interested to see the reaction of attendees when we talk about some of the new aspects of our flagship products. The scalability improvements will definitely satisfy folks who have come to our booth year after year talking about their super-sized environments. If folks aren't impressed with the Orion Mapping feature, I think I'll check for a pulse. Orion Service Manager is one of those hidden gems that answers the question "who's monitoring my monitoring?" And by the end of the show, Kevin and I will either have the "Log" song fully harmonized, or our co-workers will have us locked in a closet with duct-tape over our mouths. This, of course, in honor of the new Log Monitor tool (Log Manager ).

Something that has become more and more evident, especially with the rise of Cisco DevNet, is the "intersectionality" of monitoring professionals. Once upon a time, we'd go to CiscoLive and talk to folks who cared about monitoring and cared about networks (but didn't care so much about servers, applications, databases, storage, etc.). We'd go to other conventions, such as Microsoft Ignite, and talk about folks who cared about monitoring and cared about applications/servers (but didn't care as much about networks, etc.).  Now, however, the overlap has grown. We talk about virtualization at SQL Saturdays. We discuss networking at Microsoft Ignite. And we talk about application tracing at CiscoLive. Or at least, we've started to. So one of the things I'm curious about is how this trend will continue.

Another theory I want to test is the pervasiveness of SDN. I'm seeing more of it "in the wild" and while I believe I understand what's contributing, I'm going to hold that card close to my chest just now until after CiscoLive 2018 is over. We'll see if my theory tests out as true.

Believe it or not, I'm excited to talk to as many of the 24,000 attendees as I can. As I wrote recently, meeting people and collecting stories is one of the real privileges of being a Head Geek, and I'm looking forward to finding so many people and stories in one place.

On the other side of the convention aisle, I'm also looking forward to hanging out with all my SolarWinds colleagues in an environment where we're not all running from meeting to meeting and trying to catch up during lunch or coffee breaks. Sure, we'll all be talking to folks (if past years are any indication, more or less non-stop). But in those quiet moments before the expo floor opens or when everyone has run off to attend classes, we'll all have a chance to re-sync the way that can only be done at conventions like this.

Speaking of catching up, there's going to be a SWUG again, and that means I'll get to meet up with SolarWinds users who are local to the area as well as those who traveled in for the convention. SWUGs have become a fertile ground for deep conversations about monitoring, both the challenges and the triumphs. I'm looking forward to hearing about both.

And then there's the plain goofy fun stuff. Things like Kilted Monday; folks risking tetanus as they dig through our buckets of buttons for ones they don't have yet (there are three new ones this year, to boot!); roving bands of #SocksOfCLUS enthusiasts; and more.

I'm just relieved that my kids are going to lay off the shenanigans this year. They caused quite a stir last year, and I could do without the distraction of mattress-surfing, blowtorch-wielding, chainsaw-swinging teenagers at home. 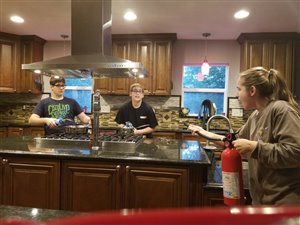 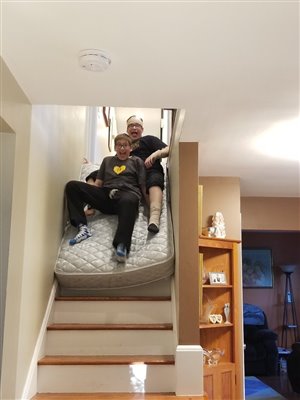 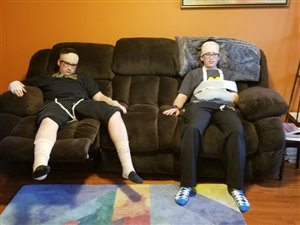