Resources
Geek Speak Expo-ditious: My Week in Israel at the ByNet Expo 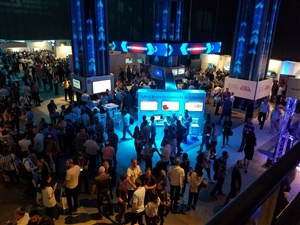 Two weeks ago, I had the privilege of attending and speaking at ByNet Expo in Tel Aviv, Israel.  As i mentioned in my preview article, I had hoped to use this event to talk about cloud, hybrid IT, and SolarWinds' approach to these trends, to meet with customers in the region, and to enjoy the food, culture, and weather.

I'm happy to report that the trip was a resounding success on all three fronts.

First, a bit of background:

I was invited by SolarWinds' leading partner in Israel, ProLogic (http://prologic.co.il/) who, honestly, are a great bunch of folks who not only know their stuff when it comes to SolarWinds, but they also are amazing hosts and fantastic people to just hang out with.

Now you might be wondering what kind of show ByNet (sometimes pronounced "bee-naht" by the locals) Expo is. Is it a local user-group style gathering? A tech meet-up? A local business owners luncheon?

To answer that, let me first run some of the numbers:

The booth was staffed by Gilad, Lior, and Yosef, who make up part of the ProLogic team. On the Solarwinds side, I was joined by Adriane Burke out of our Cork office. That was enough to attract some very interesting visitors, including the Israeli Ministry of Foreign Affairs, Orbotec, Soreq, the Israeli Prime Minister's Office, Hebrew University, Mcafee, and three different branches of the IDF.

We also got to chat with some of our existing customers in the region, like Motorola, 3M, the Bank of Israel, and Bank Hapoalim.

But words will only take you so far. Here are some pictures to help give you a sense of how this show measures up: 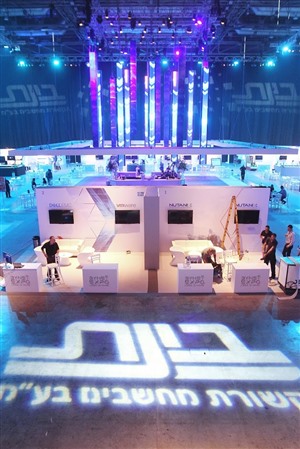 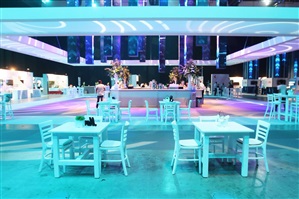 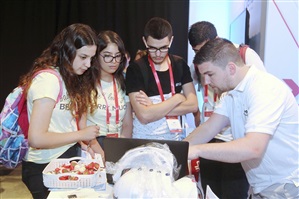 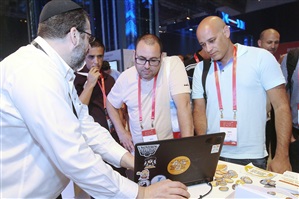 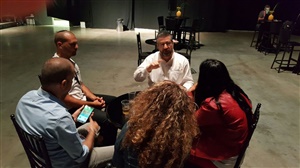 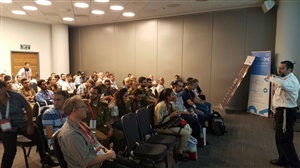 But those are just some raw facts and figures, along with a few flashy photos. What was the show really like? What did I learn and see and do?

First, I continue to be struck by the way language and culture informs and enriches my interactions with customers and those curious about technology. Whether I'm in the booth at a non-U.S. show such as CiscoLive Europe or ByNet Expo, or when I'm meeting with IT pros from other parts of the globe, the use of language, the expectations of where one should pause when describing a concept or asking for clarification, the graciousness with which we excuse a particular word use or phrasing - these are all the hallmarks of both an amazing and ultimately informative exchange. And also of individuals who value the power of language.

And every time I have the privilege to experience this, I am simply blown away by its power. I wonder how much we lose, here in the states, by our generally mono-linguistic mindset.

Second, whatever language they speak, SolarWinds users are the same across the globe. Which is to say they are inquisitive, informed, and inspiring in the way they push the boundaries of the solution. So many conversations I had were peppered with questions like, "Why can't you...?" and "When will you be able to...?"

I love the fact that our community pushes us to do more, be better, and reach higher.

With that said, I landed on Friday morning after a 14-hour flight, dropped my bags at the hotel and - what else - set off to do a quick bit of pre-Shabbat shopping. After that, with just an hour or two before I - and most of the country - went offline, I unpacked and got settled in.

Twenty-four hours later, after a Shabbat spent walking a chunkble chuck of the city, I headed out for a late night snack. Shawarma, of course.

Sunday morning I was joined by my co-worker from Cork, Adrian Burke. ProLogic's Gilad Baron spent the day showing us Jerusalem's Old City, introducing us to some of the best food the city has to offer, and generally keeping us out of trouble.

And just like that, the weekend was over and it was time to get to work. On Monday we visited a few key customers to hear their tales of #MonitoringGlory and answer questions. Tuesday was the ByNet Expo show, where the crowd and the venue rivaled anything Adrian and I have seen in our travels.

On my last day, Wednesday, I got to sit down in the ProLogic offices with a dozen implementation specialists to talk some Solarwinds nitty-gritty: topics like the product roadmaps, use cases, and trends they are seeing out in the field.

After a bit of last-minute shopping and eating that night, I packed and readied myself to return home Thursday morning. 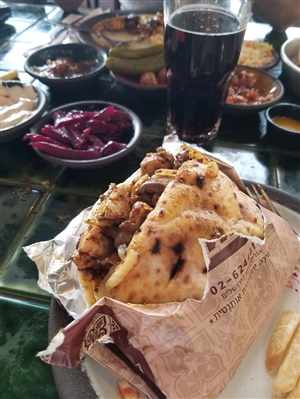 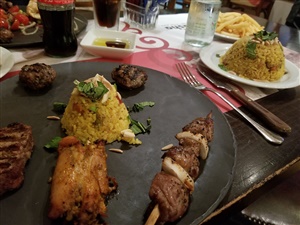 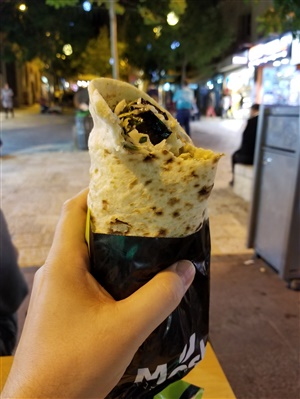 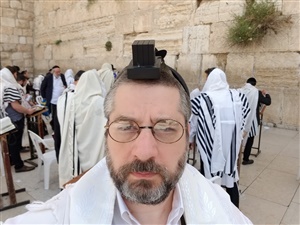