Resources
Geek Speak Everything I Needed to Know About IT, I Learned From “Spider-Man: Into the Spider-Verse”

Everything I Needed to Know About IT, I Learned From “Spider-Man: Into the Spider-Verse” 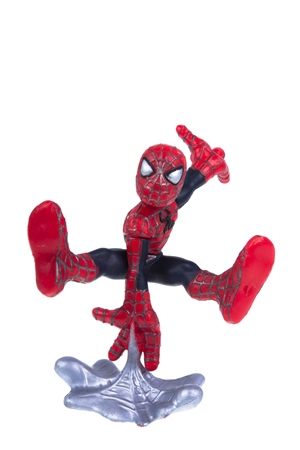 “Who is the wise one? He who learns from all men.”

Wisdom can be gained from anywhere and anyone—even the most unlikely places. For me, that includes nuggets of capital-T “truth” in popular culture, primarily superhero movies.

As I did before with the movies “Doctor Strange” and “Logan,” I found that “Spider-Man: Into the Spider-Verse” held some universal lessons for those of us working in technical disciplines.

People may do the same thing you do, but they got here differently.

The entire premise of the movie is that Spider-Folk from different dimensions (Peter Parker’s Spider-Man, Miles Morales’ Spider-Man, Gwen Stacey’s Spider-Woman, Peni Parker’s sp//dr, the other Peter Parker’s Spider-Man Noir, and Peter Porker, the Amazing Spider-Ham) are brought into a single dimension (the home of Miles Morales). While each of these individuals embody, with slight variations, the abilities and ideals of the spider-themed superhero, it’s clear from the beginning that the path that led each person to their current state is very different. Peter Parker makes this clear when he tells Miles, “Remember, what makes you different is what makes you Spider-Man.”

The lesson for IT should be clear. Even on a team of equally-qualified SysAdmins, network engineers, DevOps practitioners, or monitoring specialists (especially monitoring specialists, in fact), our abilities may be similar, but the path we took to acquire them is unique and personal. We’re at our best when we recognize and value those differences in perspective and approach, even as we appreciate the way our colleagues can execute as a team with consistency.

Everyone’s the star of their own story.

Everyone’s the star of their own movie, not a sidekick in yours. This was clear from the start of “Into the Spider-Verse.” Each Spider-Person was used to being their dimension’s “one and only.” Even when they were in the same room, they maintained their individuality.

But one trope that the movie avoided was the “no, *I’m* the one-and-only Spider-<Person>. You must be an impostor!!” From the very start, the Spider-Folks understood they had to work together, leverage each other’s strengths, and support each other’s deficits.

We can take that lesson to heart. Despite that we’re all starring in our own show, we can be co-heroes in the larger story—shining when our individual skills are called upon, supporting others when they need it, knowing that we aren’t diminished when we raise others up.

Perfect (whether that’s a situation, technique, or person) doesn’t exist. Or if it does, it only exists briefly.

The writers and the story itself confirm that the “real” Spider-Man, the one from the dimension Marvel has stated is “ours” (Earth 616), is the older, slightly downtrodden, thicker one. So, what about the first one? The Peter who is sandy-haired, young, and far more put-together?

That was an idealized Spider-Man. An inspirational, but unrealistic model, to which Miles (as well as the city) might aspire, but never achieve. Because life is messy. Because in any plan, little things go wrong along the way.

Likewise, our “perfect” design crumbles in the face of real production load, undocumented data center layouts, or other things make up “just another day in IT.”

Just because that “perfect” Spider-Man (or network design) didn’t last very long under the onslaught of implementation hiccoughs (or Kingpin’s fists) doesn’t mean we can’t draw strength and inspiration from them. The key—which Miles learned and we should learn as well—is to adapt to changing circumstances, plan for contingencies, and fall back on grit and determination to get through the hardest parts.

Even a bad mentor may have something to teach you.

Life has handed Peter a few raw deals and he’s definitely worse for the wear because of it. Cynical and world-weary, he’s not the greatest teacher for Miles. Despite that, Miles is a ready student who is at a point in his life where he still has a sense of wonder, but has the street smarts to see the lessons in people’s actions over their words. Miles’ willingness to believe in Peter’s ability to show him the ropes as Spider-Man carries both the student and the mentor through.

In a long (and hopefully fulfilling) career in IT, we can learn from many different people. While some of these mentors will be gifted with the ability to see us clearly and say the right thing to point us in the right direction, far more will be well-meaning, but flawed individuals who may be pressed for time, short on patience, and caught up in their own poor choices. Nevertheless, they can teach us beyond serving as an example of what not to do. Being a student of life is one of the most valuable skills any IT professional can aspire to attain because it leads to more discoveries.

Mentoring will likely teach you more than your student.

Flipping things around, it’s not such a stretch to see ourselves in the role of the time-scarce and impatient mentor haunted by impostor syndrome. “Who am *I* to teach anything to anyone?”

Nobody is ever ready for responsibility when they first set out. It’s only by learning-as-we-go that we discover how much of a mentor and teacher we can be. One of the unexpected benefits is that we become better in the process. Better teachers, certainly, but also better professionals, team members, and even people.

Peter enters Miles’ dimension very nearly washed-up, ready to hang up his web shooters. While returning home gives him an immediate motivation, you still get a sense that he’ll go right back to the status quo once he gets back. In teaching Miles what it means to be a webslinger—both the ideal, as well as Peter’s more nuanced reality—Peter rediscovers and re-aligns his own inner compass. In the end, we see Peter take steps in his own life that were unthinkable before meeting his inter-dimensional protégé.

Nobody is a teacher, everybody is a student.

“Into the Spider-Verse” teaches that, by and large, everybody is a student. While you could also understand that to mean that everybody has something to teach, the lesson and focus here is on ourselves. When we are teaching, we can learn.

From the big things, like the aforementioned life lessons that Earth 616 Peter learned from Miles and Gwen, to the equally important life lessons Gwen learned about the value of being open to friendships, to the concept of a Rubik’s Cube that baffled black-and-white Spider-Man Noir, the characters learn from each other and the world they are thrown into, and are better for it.

Never assume you know everything about someone.

Miles’ Uncle Aaron is a pivotal character. We understand at the start of the movie that he’s something of a black sheep—he’s not on speaking terms with his brother (Miles’ father), his job takes him out of town unexpectedly, and he’s not able to settle down. But he’s also the “cool uncle” that Miles turns to for wisdom. The twist comes when we discover Aaron’s secret identity: the villain known as The Prowler, who is on Kingpin’s payroll and happens to have the new Spider-Man in his sights. It’s only during one of the climactic fights that Miles and Aaron recognize each other for who they are, in costume and out. In that brief second of recognition, Aaron decides to save, rather than kill, Spider-Man. The consequence for this is swift and, in a parallel to the “traditional” Spider-Man story we all know, we see the hero cradling his uncle’s dead body in his arms.

While “you can’t save everyone” is as much a part of the Spider-Man trope as colorful tights and swinging on webs is (the Spider-Folk tell Miles as much), there’s a more important lesson for the audience, especially for those who work in IT.

Uncle Aaron had very complex and personal reasons for staying away from Miles’ family, for becoming (and remaining) Prowler, and for saving Miles. These reasons weren’t obvious to anyone around him, but that didn’t make them any less important or real.

We can’t assume to know everything about a person. We may see their actions, but we cannot always understand their motivations, their reasons, the things that drove them to this moment. My fellow Head Geek

Thomas LaRock writes about this here, comparing people’s motivations to a “MacGuffin” used in storytelling.

That’s certainly not all I have to say on the subject. Stay tuned for the next issue.