Resources
Geek Speak Everything I Needed to Know About IT, I Learned From “Spider-Man: Into the Spider-Verse” (part 2)

Everything I Needed to Know About IT, I Learned From “Spider-Man: Into the Spider-Verse” (part 2) 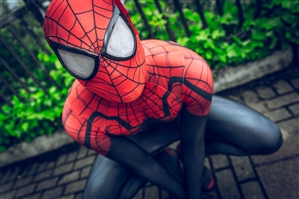 In our last exciting installment I began delving into the IT-centric lessons we can glean from the latest addition to the Spider-Man franchise. (Just like I did in the past with the movies “Doctor Strange” and “Logan.”)

But like a good comic book series, one installment is never enough. Keep reading, true believers, to see what other jaw dropping discoveries await your eyes!

Even inelegant solutions can be powerful

At a few key moments of the action, help comes from an unanticipated direction—the more “cartoonish” abilities of Spider-Ham. Whether it’s a giant mallet he produces from I-don’t-want-to-know-where, or an anvil falling directly on the head of a villain, these great saves are played for laughs, but still have a lesson for us in IT.

“Have you turned it off and on again?” is an inelegant solution. But it works. So does restarting IIS to get the website back up. As do a million other “kludges” that IT professionals employ every day, sometimes feelings guilty about it.

My advice (and I believe Peter Porker would back me up on this): don’t overthink it. If a solution works, it works. That doesn’t mean you shouldn’t also make time to resolve the underlying problem. But always be open to use every tool in your toolbox, even an oversized wooden mallet.

Closely related to the previous lesson is that often your commitment to solving a problem is more important than the techniques or tools you use to solve it.

In the movie, this is best exemplified by Aunt May. Horrified at the destruction being done to her home, she takes matters (and a Louisville Slugger) into her own hands, and makes Tombstone understand that wearing muddy shoes inside her house will simply not be tolerated.

The moral for us is twofold. First, that our success as IT practitioners is less about the sophistication of tools, and more about our persistence in solving the problem.

On the flip side of this, when we see one of our colleagues, even someone we consider less “powerful” than we are (although anyone who judges Aunt May like that is in for a rude and likely painful surprise), we need to focus less on their technique or tools and more on their goals, putting us into the healthier and more productive role of supporting, rather than judging.

Trying to re-create, or worse, “fix” the past is a fool’s errand.

The best villains are the ones who don’t see themselves as such, but instead have deeply-seated motivations driving them to extreme lengths. In a different context, they might even be seen as a hero because of their determination to see a course of action through to the end. Such is the character of Wilson Fisk (aka Kingpin). We learn that in a single moment, Fisk lost the love and trust of his wife Vanessa. This triggered a rapid cascade of events, leading to the death of both Vanessa and their son Richard. Fisk cannot reconcile the pain of that loss, and therefore set himself on the path that leads to the catalyzing event of the movie—opening a rift between dimensions, finding an instance where Vanessa and Richard did not die, and pulling those living versions to him and make his life whole again.

Each one of us carries memories of past moments where, looking back, we know we could have done better, or could have been better than we chose to be. In fact, in 2018 the THWACK community spent an entire month discussing what they would have told their younger selves, if they had the chance.

Working in IT, there are pivotal moments where we realize we’ve made an error—sometimes the microsecond after hitting the ENTER key (c.f. the ohnosecond). These are moments we might wish to erase or undo. However, even if the technology existed, very few of us would do so if it meant hurting someone.

The lesson we can take from the movie is how damaging it can be to dwell on those past mistakes, replaying them over and over and saying, “if only.” I’m not saying that regret will turn you into a criminal mastermind. But I am saying that living in a regretful past will lead to nothing good.

Being multi-lingual is normal. Don’t fight it. Don’t make a big deal of it.

Miles Morales is celebrated for being one of the most compelling and relatable characters in comics, due in no small part because of his cultural heritage. He moves effortlessly between cultures, and one of the ways the movie shows this is when he flows from English to Spanish without hesitation (and without subtitles, which is part of my point below). Whether it’s the kids in his neighborhood, the teachers at his new school, or the villains crowding into Aunt May’s home in Queens, Miles is un-self-consciously fluent in the languages around him.

While I would love to make this lesson all about how I think all IT professionals should learn another language because it will help in ways they cannot possibly imagine, that’s not exactly my point. But if you want to change your life, learn to speak more than one language. Really.

My point is more about the way Miles’ multilingual nature is portrayed: it’s nothing special. Miles never acts as the interpreter to those around him. He never shouts, “Scorpion just said he’s going to knock you into next week!” He’s not there as a proxy for a non-comprehending audience. He’s there as a proxy for everyone else.

The lack of subtitles in the movie drives this home. Directors Bob Persichetti and Peter Ramsey made this choice purposefully, as if to say “This is a trivial aspect of this world. If it’s jarring to you, that’s you, not the story. Get used to it. This is how the world works.”

The lesson is that being multilingual is an IT thing too. Maybe not spoken languages, but modalities of computing. Cloud, hybrid IT, containers, software-defined networking, platforms-as-a-service—these are all part of the fabric of our work now. Even if we’ve put off learning to code the same way we put off learning French, the time is now for us to take another look, start to familiarize ourselves, and begin to build our fluency. The Miles Morales-es of our organizations are going to come in un-self-consciously fluent, and it behooves us as colleagues and potential mentors to be partners in that journey.

But That’s Not All

With a character history as rich as Spider-Man (not to mention a movie as awesome as “…Into the Spider-Verse”), it turns out I have a lot more to say on this subject. The adventure continues in the next issue.