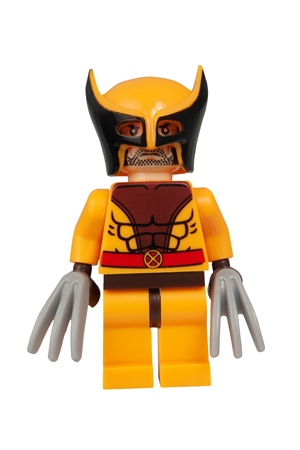 (This is the second part of a series. You can find Part One here.)

Get out among the "regular" people, the users. It will feed and inform your work. REALLY meet them, though. Don't just sit on the sidelines, aloof and observant.

At the start of the movie, we see Logan driving a limo for a ride-sharing service. He's out and among the people, which would make many folks feel more connected to the world around them. Hearing stories, experiencing a moment in time that becomes a slice of his own life. He ferries a business executive, a bunch of frat boys shouting "U-S-A" as they cross the border into Mexico, a bachelorette party, and a family on their way to a funeral. As stark as the differences are between passengers, they are not nearly as stark as Logan's emotional disassociation with them.

Contrast this with a scene later in the movie, when Logan, Charles, and Laura sit down to dinner with the farming family they assisted (as mentioned in my previous example). While dancing around the nature of the school, Charles and Logan (acting the part of father and son) express touching affection for their past life and each other. Doing so allows the family who has invited them into their home to join the conversation.

Later, when they are alone, Charles tries to impress this difference on Logan:

Charles: “You know, Logan? This is what a life will explain. A home, people who love each other. A safe place. You should take a moment and feel it.”

The lesson in all of this is that, as an IT professional, you need to get out with the real people in your environment. You have to become involved, to see what they care about and what problems they are trying to solve. You can't, as Logan did when he was driving the limousine, dispassionately observe them from afar and remain aloof. You need to connect, to communicate, and to share.

It's not all on you. The next generation of IT pros is strong, even if they don't have your experience. Know that they will rise to the occasion if you give them the chance.

Near the end of the movie, Logan is so incapacitated that he passes out on the side of the road, and wakes up in a doctor's office. How did he get there? Laura, the 11-year-old who has not spoken a single word so far, whose native language is Spanish, and whose understanding of the events around her are never 100% certain, manages to steal a truck, load Logan into it, and drive him back to town and into a kindly doctor's office.

Just a few scenes later, she once again takes the wheel and completes the drive to the lookout station from which she and her fellow child-mutants plan to make the journey to "Eden.”

Finally, Laura and those same children get Logan up the side of a mountain and nurse him back to health.

The point is, Laura and the rest of the kids are capable. They have skills and abilities that extend beyond their mutant superpowers. Also, they care. They care what happens to this stranger not just because they find him bleeding on the side of the road, but because they see a chance to connect with another person like them, and they take the risk. They even have the audacity to shave Logan's beard into the shape it appears in the X-Men

comic, not to mock him, but to create friendship through a shared joke.

Later, these same kids who giggled unabashedly at the sight of Logan in his iconic muttonchops are able to hold their own against an army of mercenaries. In the end, it is Laura who kills X24, not using her strength, speed, or claws, but by thinking through the problem and literally finding the silver bullet to end the situation.

As IT professionals, we need to remember that the next generation might lack our experience, but that doesn't mean they lack skills, intelligence, commitment, or even common sense. It doesn't mean they can't hold their own. It doesn't mean they won't rise to a challenge. Of course, new team members shouldn't be forced into "sink or swim" scenarios. But it means that, when our own tank is empty, we can look to them for backup while we recharge.

Better still, it means that if we allow them to be a full part of the team, the entire team will be stronger for it.

One of the key plot points in the movie is Charles' degenerative symptoms. In the movie, he is 90 years old, and although he's relatively lucid, he has moments where he loses touch. The problem is that he is a mutant with one of the most powerful psychic minds on earth, able (if you accept the X-Men Apocalypse story as canon) to speak directly into the minds of every human on the planet while simultaneously having a separate conversation with the X-Men who are trying to save him (and the world). So, when Charles loses touch, let's his control slip even a little, the minds around him are at risk.

This sits at the heart of the "Westchester Incident" that is hinted at throughout the film. Charles loses control and people (possibly his students, with the exception of Logan) die. He loses control again in a hotel in Las Vegas, and everyone in the area is held in a kind of violent stasis, unable to move or even think until Charles is sedated. Everyone affected is left weakened and sick for several minutes afterward.

The takeaway for us is that Charles has (or perhaps it's better to say he IS) a powerful tool. When used with control and finesse, our most powerful tools can perform amazing feats and literally save the world. But when used in an uncontrolled fashion, the results can be devastating.

By way of example, think about DNS. On October 16, 2016, a DDoS attack on one DNS company destabilized it to a point where the internet was practically shut down (at least in parts of the world) for hours. But a few months later, a single 22-year-old registered a domain name and effectively brought the damage from the #WannaCry malware to a complete halt.