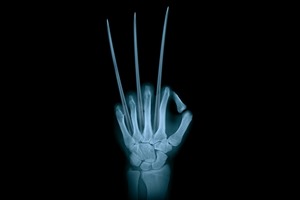 "When the student is ready, the teacher appears."

I mentioned this idea back when I revealed that the Marvel

movie, Doctor Strange, offered a wealth of lessons for itinerant IT pros (and a few for us grizzled veterans, as well). You can find Part Four here and work your way back from there.

It seems inspiration has struck again, this time in the unlikeliest of cinema experiences. There, among the rampant gore and adamantium-laced rage (not to mention the frequent f-bombs), I was struck by how Logan1 held a few IT gems of its own.

Your most reliable tool could, at some future point, become toxic if you aren't able to let go and move on.

In the movie, it is revealed that Logan is slowly dying from the inside out. Adamantium, it seems, is not exactly surgical-grade metal, and the toxins have been leaching into his system. Initially held off by his healing factor, the continuous presence of the poison finally takes its toll and does what war, enemies, drowning, and even multiple timelines and horrible sequels could not.

One good lesson we should all draw from this is to keep evil shadow government agencies from lacing our skeletons with untested metals.

But a more usable lesson might be to let go of tools, techniques, and ideas when they become toxic to us. Even when they still appear to be useful, the wise IT pro understands when it is time to let go of the old before it becomes a deadly embrace.

When you see some of yourself in the next generation of IT pros, give them the chance to be better than you were.

Logan: "Bad sh*t happens to people I care about. Understand me?"

Laura: "I should be fine then."

Many IT professionals eventually reach a tipping point when the adrenaline produced by the new, shiny, and exciting tends to wear off, and the ugly starts to become apparent. Understand, a career in IT is no uglier than other careers.

There are a few potential reasons why the honeymoon phase tends to be more euphoric, and the emotional crash when the work becomes a grind more noticeable. It could possibly be because IT is still a relatively new field. Maybe it’s because IT reinvents itself every decade or so. Maybe it is because the cost of entry is relatively low. In other words, it often takes no more than a willingness to learn and a couple of decent breaks.

And when that tipping point comes, often a number of years into one's career, it's easy to become "that" person. The bitter, grizzled veteran. The skeptic. The cynic who tries to "help" by warning newcomers of the horror that awaits.

Or you become a different version of "that" person, the aloof loner who wants nothing to do with the fresh crop of geeks who just walked in off the street in the latest corporate hiring binge.

In either case, you do yourself and the world around you a great disservice with such behavior.

In the movie, Logan first avoids helping, and when that option is no longer available to him, he attempts to avoid getting emotionally involved. As an audience, we know (even if we've never read the "Old Man Logan" source material), that this tactic will ultimately fail. We know we'll see the salty, world-weary X-Man open his heart to a strange child before the final credits.

What's more, the movie makes plain the opportunities Logan throws away when he chooses a snide remark instead of attempting to get to know Laura, that strange child.

So, the lesson to us as IT professionals is that we shouldn't let a bad experience make us feel bad about ourselves, or about our career. And we certainly shouldn't let it get in the way of being a kind and welcoming person to someone new to their career. If anything, we - like Logan at the end of the movie - should try to find those small kernels of capital-T Truth and pass them along, hopefully in ways and at moments when our message will be heard and received in the spirit in which it is meant.

Persistent problems need to be faced, fixed, and removed, not ignored and categorized as someone else's problem.

Near the beginning of the movie, the reaver Donald Pierce tracks down Logan and asks him for information about Gabrielle, the nurse who rescued Laura from the facility where she and the other child mutants were being raised. Donald makes it clear that he isn’t interested in bringing Logan in for the bounty. He simply wants information.

Again, because of his drive to distance himself from the rest of the world, Logan takes this at face value. Even though it is clear that Pierce intends no good for whoever it is he was hunting, Logan is happy it just didn't involve him.

And of course, the choice comes back to haunt him.

Now I'm not suggesting that Logan should have clawed him in the face in that first scene because, even in as brutal a movie as Logan, that's still not how the world works. But what I am saying is that if you let Pierce be a metaphor for a problem that isn't directly threatening your environment right now, but could come home to roost with disastrous results later, then... yeah, I am saying that you should (metaphorically speaking) claw that ***’s eyeballs out.

I'm looking at you, #WannaCry.

Even when your experiences have made you jaded, hang on to your capacity to care.

Tightly connected to the previous thought about encouraging the next generation of IT professionals is the idea that we need to do things NOW that allow us to hold on to our capacity to care about people. As Thomas LaRock wrote recently, "Relationships Matter More Than Money" (https://thomaslarock.com/2017/05/relationships-matter-money/).  I would extend this further to include the idea that relationships matter more than a job, and they certainly matter more than a bad day.

In the movie, no moment exemplifies this as poignantly as the line that became one of the key voiceover elements in the trailer. In finding a family in trouble, Charles demands they stop and help. Logan retorts, "Someone will come along!" Charles responds quietly but just as forcefully, "Someone HAS come along."