Do You Remember Face-toFace Events? 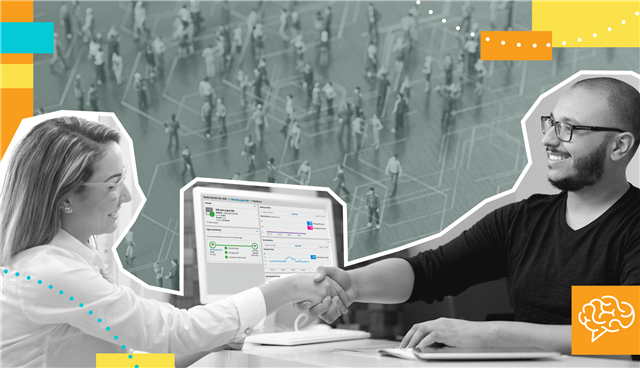 In the first six weeks of 2020 I traveled between Ireland, Texas, Spain, and Germany.

In the first six weeks of 2021 I traveled between home and the grocery store across the street.

Events and conferences had first been cancelled, and later “virtualised,” like most of our work meetings. Virtual conferences come with some advantages, like allowing participants from all over the globe to join without travel costs, and while that’s great, they are in no way a replacement for a face-to-face meeting.

So now, in October 2021, I finally went on the road again. Maybe I should write a song and call it “Me and My Mask.” I’m certain that works nice around Halloween, just in a different context.

On Monday, October 11, I took a train from Berlin to Nuremberg to join our team at IT-SA, a show primarily focused on security. We visited the venue in 2018 and 2019, and it kept on growing and became more international each year.

Unfortunately, this time, it didn’t work so well. Not many vendors signed up, some jumped off the wagon last minute, so there were empty stands all over the place. Therefore, we’ve seen less footfall, too, for obvious reasons. But overall, it was okay. Finally there was an opportunity to meet again. I like Nuremberg; it’s a beautiful city with a nice medieval city center, and each time I’m there I discover something new.

This, for example. No idea what it says, but they didn’t serve steaks: 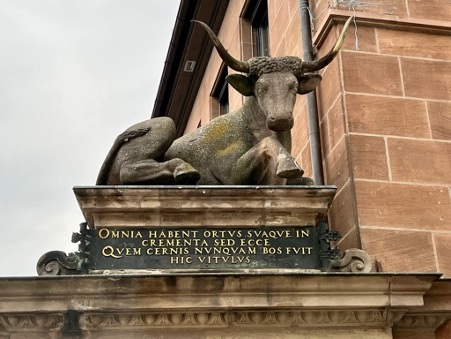 As Nuremberg is part of Bavaria (well, actually, it’s complicated) I got my portion of traditional food, too:

During the conference, some talks took place, and the hottest discussions were around ransomware and certificate lifecycle management. No surprise there.

I left Nuremberg and returned to Berlin on Friday around noon, just to repack a few things and have a shower, shortly after I moved to the airport for my evening flight to Dubai, where I arrived on Saturday morning 06:00 am or so.

Now, that was a wholly different story.
I’ve already been to Dubai, so I wasn’t particularly interested in the touristy stuff again, and it’s just too hot to walk around, so I took my PlayStation with me. Here’s proof: 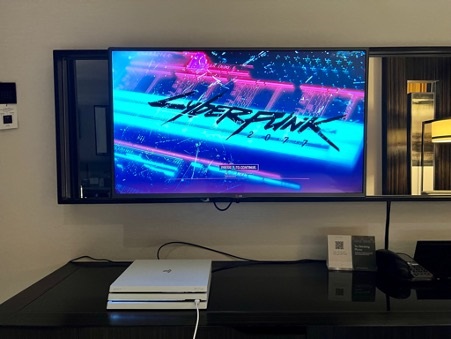 Playing on such a small TV feels like being back in the 90s, but it’s okay for relaxing entertainment.
In the afternoon, I went to the venue to pick up my badge and visited our booth. It wasn’t ready yet, but they made everything look shiny a day later. 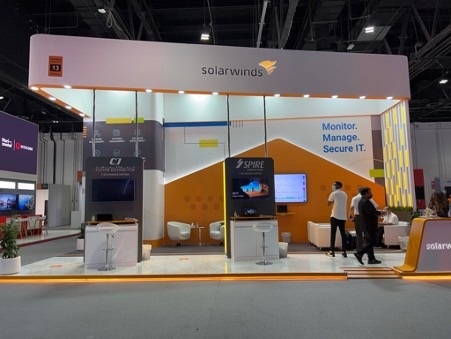 In the Middle East, the week starts on Sunday, and previously the first day was meant to be open for government or public organizations only. So, while we expected a relaxing first day, instead it was full-on from day one.
In the evening we went to a gala dinner as we’ve been shortlisted for a surprise award, and actually won “Best ITOM Solution Provider of the Year.” 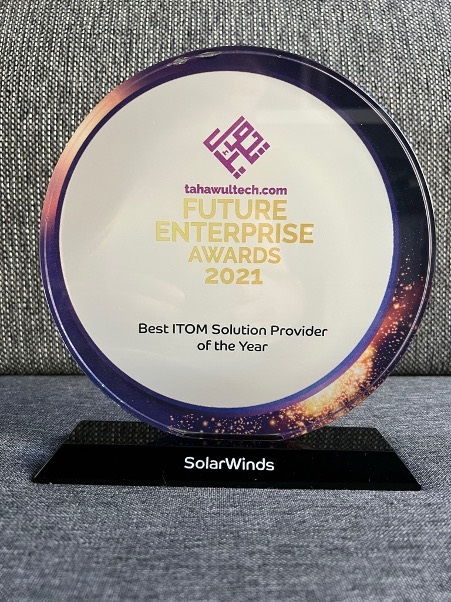 But, much more important: they served the best lamb filet ever. So delicious!

Anyway, we kept on going, and people kept on showing at our booth. Every day, every hour. I’m not sure if I’ve been to such a busy show, and I’ve seen a few. We experienced some technical problems: 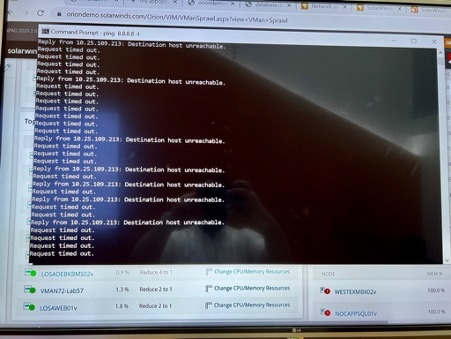 The local tech support wasn’t amused as I tried to sell them NPM, but at least I tried to help.

Thursday turned out to be a public holiday in the Emirates, so it was a little less busy and I finally found time to take a walk for some impressions.
My personal award for the best “standard” booth design went to our friends at Nutanix: 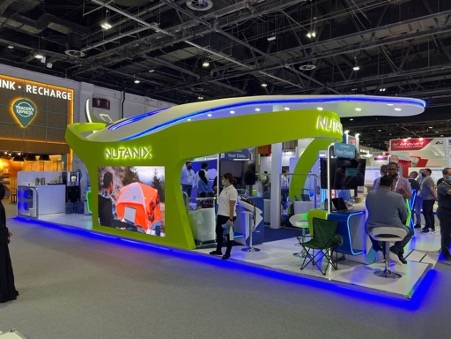 Huawei occupied half a hall just for themselves: 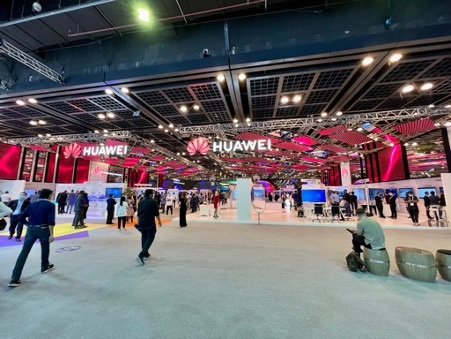 Etisalat, a big telco provider, showed an AI-driven robot that actually responded to questions like “what to do with a sore throat,” an interesting glimpse into the future: 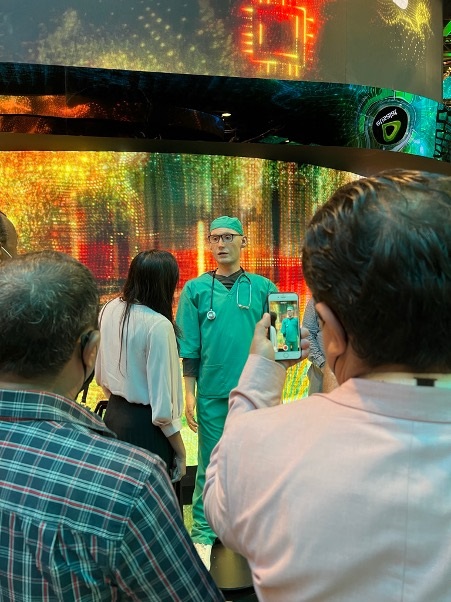 Also, on Thursday, I joined a virtual award ceremony in Germany. The hosts were flexible and sent the award as an encrypted PDF file to me and gave me the password during the ceremony. Turned out, we won Gold for our NPM (for the third year in a row): 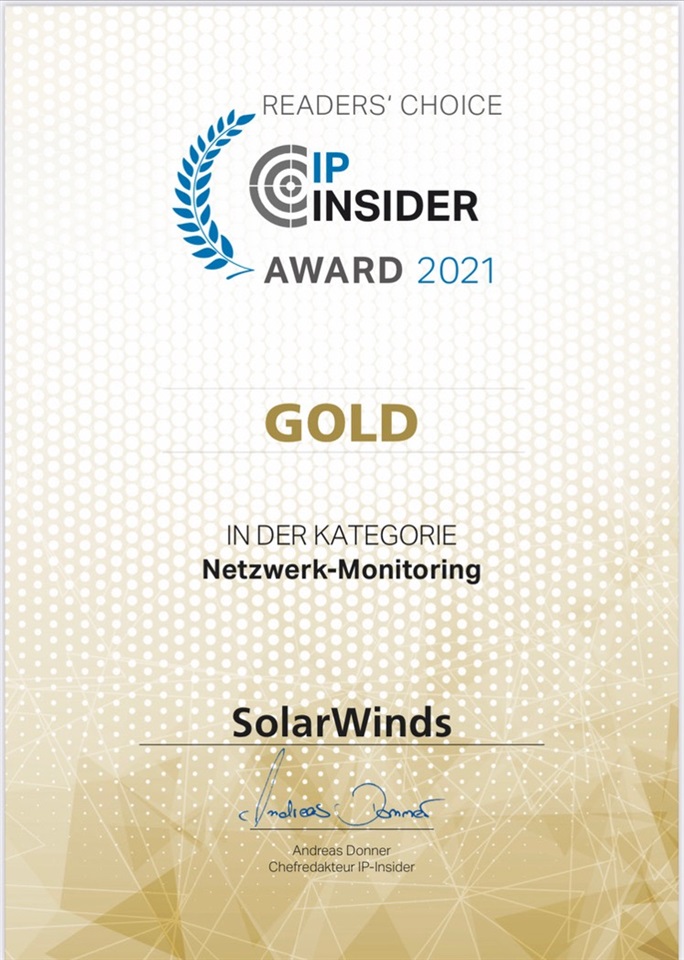 My return flight started at 01:30 a.m. Friday and I arrived in Berlin around noon. I’m not ashamed to say I slept until the late evening.
So, two weeks of travel. It felt great after all this time, and all the changes—more emphasis on hygiene, everyone wears masks—aren’t that bad at all.

I’m excited for 2022, really.
Hope to see you around, somewhere on this planet!