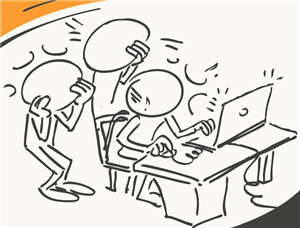 Apologies for the doomsday reference, but I think it’s important to draw attention to the fact that business-critical application failures are creating apocalyptic scenarios in many organizations today. As businesses become increasingly reliant on the IT infrastructure for hosting applications and Web services, the tolerance for downtime and degraded performance has become almost nil. Everyone wants 100% uptime with superior performance of their websites. Whether applications are hosted on-premises or in the cloud, whether they are managed by your internal IT teams or outsourced to managed service providers, maintaining high availability and application performance is a top priority for all organizations.

(AWS) experienced a massive disruption of its services in Australia last week. Across the country, websites and platforms powered by AWS, including some major banks and streaming services, were affected. Even Apple

I’m not making a case against hosting applications in the cloud versus hosting on-premises. Regardless of where applications are running—on private, public, hybrid cloud, or co-location facilities—it is important to understand the impact and aftermath of downtime. Take a look at these statistics that give a glimpse of the dire impact due to downtime and poor application performance:

Understanding the Cost of Application Downtime

Applications are the backbone of most businesses. Having them run at peak performance is vital to the smooth execution of business transactions and service delivery. Every organization has to implement an IT policy and strategy to:

It is important to have visibility, and monitor application health (on-premises and in the cloud) and end-user experience on websites, but it is equally important to monitor the infrastructure that supports applications, such as servers, virtual machines, storage systems, etc. There are often instances where applications perform sluggishly due to server resource congestion or storage IOPS issues.

Share your experience of dealing with application failures and how you found and fixed them.

Check out this ebook "Making Performance Pay - How To Turn The Application Management Blame Game Into A New Revenue Stream" by NEXTGEN, an Australia-based IT facilitator, in collaboration with SolarWinds. 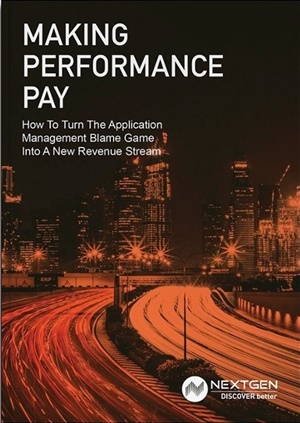