Resources
Geek Speak Adding Fuel to the Fire: My MS:Ignite Wrap Up

Adding Fuel to the Fire: My MS:Ignite Wrap Up 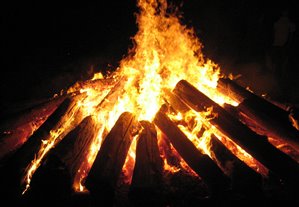 I'm back from Microsoft Ignite and I've got to tell you that even though this was my first time at the event, I felt like it was one for the record books. My record books, if nothing else.

My feelings about Microsoft are... complicated. I've used Windows for almost 30 years, since version 2.10, which came for free on 12 5.25" floppies when you bought a copy of Excel 2.0. From that point on, while also using and supporting systems that ran DOS, Novell, MacOS, OS/2, SunOS, HP-UX, and Linux, Microsoft's graphical operating system was a consistent part of my life. For a while, I was non-committal about it. Windows had its strengths and weaknesses. But as time went on, and both the company and the technology changed (or didn't), I became apathetic, and then contrarian. I've run Linux on my primary systems for over a decade now, mostly out of spite.

That said, I'm also an IT pro. I know which side of the floppy the write-protect tab is flipped to. Disliking Windows technically didn't stop me from getting my MCSE or supporting it at work.

The preceding huge build-up is intended to imply that, previous to this year's MS:Ignite keynote, I wasn't ready to lower my guard, open my heart, and learn to trust (if not love) again. I had been so conflicted. But then I heard the keynote.

I appreciate, respect, and even rejoice in much of what was shared in Satya Nadella's address. His zen-like demeanor and measured approach proved, in every visible way, that he owns his role as Microsoft's chief visionary. (An amusing sidenote: On my way home after a week at Ignite, I heard Satya on NPR. Once again, he was calm, unassuming, passionate, focused, and clear.

Mr. Nadella's vision for Microsoft did not include a standard list of bulleted goals. Instead, he framed a far more comprehensive and interesting vision of the kind of world the company wants to build. This was made clear in many ways, from the simultaneous, real-time translation of his address into more than a dozen languages (using AI, of course), to the fact that, besides himself, just three panelists and one non-speaking demonstration tech were men. Women who occupied important technical roles at Microsoft filled the rest of the seats onstage. Each delivered presentations full of clarity, passion, and enthusiasm. 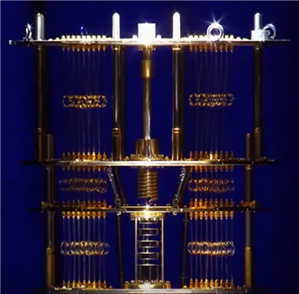 But the inspirational approach didn't stop there. One of the more captivating parts of the keynote came when Nadella spoke about the company's work on designing and building a quantum computer. This struck me as the kind of corporate goal worthy of our best institutions. It sounded, at least to my ears, like Microsoft had an attitude of, "We MIGHT not make it to this goal, but we're going to try our damnedest. Even if we don't go all the way, we're going to learn a ton just by trying to get there!"

Out on the exhibitor floor, some of that same aspirational thinking was in evidence.

I spent more time than I ought to have in the RedHat booth. (I needed a little me time in a Linux-based safe space, okay?) The folks staffing the booth were happy to indulge me. They offered insights into their contributions to past cross-platform efforts, such as getting the Visual Studio ported to Linux. This provided context when I got to zero-in on the details of running SQL server on Linux. While sqlrockstar and I have a lot to say about that, the short story is that it's solid. You aren't going to see 30% performance gains (like you do, in fact, by running Visual Studio on Linux), but there's a modest increase that makes your choice to cuddle up to Tux more than just a novelty.

I swung by the MSDN booth on a lark (I maintain my own subscription) and was absolutely blown away when the staffer took the time to check out my account and show me some ways to slice $300 off my renewal price next year. That's a level of dedication to customer satisfaction that I have not expected from M$ in... well, forever, honestly.

I also swung by the booth that focused on SharePoint. As some people can attest (I'm looking at you, @jbiggley), I hate that software with the fiery passion of 1,000 suns and I challenged the techs there to change my mind. The person I spoke to got off to a pretty poor start by creating a document and then immediately losing it. That's pretty consistent with my experience of SharePoint, to be honest. He recovered gracefully and indicated a few features and design changes which MIGHT make the software easier to stomach, in case I'm ever forced able to work on that platform again.

In the booth, SolarWinds dominated in the way I've come to expect over the past four years of convention-going. There was a mad rush for our signature backpacks (the next time you can find us at a show, you NEED to sign up for one of them, and you need to hit the show floor early). The THWACK.com socks made a lot of people happy, of course. Folks from other booths even came over to see if they could score a pair.

What was gratifying to me was the way people came with specific, focused questions. There was less, "Welp, I let you scan my badge, so show me what you got" attitude than I've experienced at other shows. Folks came with a desire to address a specific challenge, to find out about a specific module, or even to replace their current solution.

But what had everyone talking? What was the "it" tech that formed the frame of reference for convention goers as they stalked the vendor booths? Microsoft gave everyone three things to think about:

Finally, there was the SolarWinds User Group (SWUG) session Tuesday night. In one of the most well-attended SWUGs ever, Steven Hunt, Kevin Sparenberg, and I had the privilege of presenting to a group of users whose enthusiasm and curiosity was undiminished, despite having been at the convention all day. Steven kicked things off with a deep dive into PerfStack, making a compelling case that we monitoring experts need to strongly consider our role as data scientists, considering the vast pile of information we sit on top of. Then I had a chance to show off NetPath a bit, taking Chris O'Brien's NetPath Chalk Talk and extending it to show off some of the hidden tricks and new insights we've gained after watching users interact with it for over a year. And Kevin brought it home with his Better Together talk, which honestly gets better every time I watch him deliver it.

If you were at Ignite this year, I'd love to hear whether you think my observations are off-base or spot-on. And if you weren't there, I'd highly recommend adding it to your travel plans (it will be in Orlando again next year), especially if you tend to walk on the wild systems side in your IT journey. Share your thoughts in the comments below.