Resources
Geek Speak A Game of Shadows with the IT Admin

A Game of Shadows with the IT Admin

"Shadow IT” refers to the IT systems, solutions, and services used by employees in an organization without the approval, knowledge, and support of the IT department. It is also referred to as “Stealth IT.” In its widely known usage, Shadow IT is a negative term and is mostly condemned by IT teams as these solutions are NOT in line with the organization's requirements for control, documentation, security, and compliance. Given that this increases the likelihood of unofficial and uncontrolled data flows, it makes it more difficult to comply with SOX, PCI DSS, FISMA, HIPAA, and many other regulatory compliance standards. 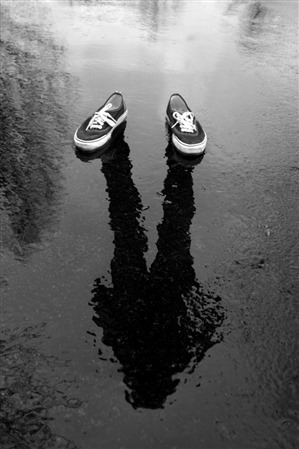 The growth of shadow IT in recent years can be attributed to the increasing consumerization of technology, cloud computing services, and freeware services online that are easy to acquire and deploy without going through the corporate IT department.

CHALLENGES & ADVERSE IMPACT OF SHADOW IT

The foremost challenge is upholding security and data integrity. We can risk exposure of sensitive data to sources outside the network firewall, and also risk letting malicious programs and malware into the network causing security breaches. Some companies take this very seriously and stipulate strict IT regulations which require IT administrator’s access to install new software on employee workstations. Some websites can also be blocked when on the corporate network if there are chances of employees exposing data thereat. These could be social media, hosted online services, personal email, etc.

There have been various instances of compliance violations and financial penalties for companies that have had their customer information hacked due to the presence of intrusive malware in an employee’s system, leading to massive data breaches. Should we even start talking about the data breaches on the cloud? It'll be an endless story.

Additionally, shadow IT sets the stage for asset management and software licensing issues. It becomes an onus on the IT department to constantly scan for non-IT-approved software and services being used by employees, and remove them according to policy.

SHOULD SHADOW IT ALWAYS REMAIN A TABOO?

This is a debatable question because there are instances where shadow IT can be useful to employees. If IT policies and new software procurement procedures are too bureaucratic and time-consuming and employees can get the job done quickly by resorting to use free tools available online, then—from a business perspective—why not? There are also arguments that, when implemented properly, shadow IT can spur innovation. Organizations can find faster and more productive means of doing work with newer and cheaper technologies.

What is your take on shadow IT? No doubt it comes with more bane than boon. How does your organization deal it?