Resources
Community Announcements I Have the Power! How Upgrades Let You Level Up Your Monitoring Awesomeness

I Have the Power! How Upgrades Let You Level Up Your Monitoring Awesomeness 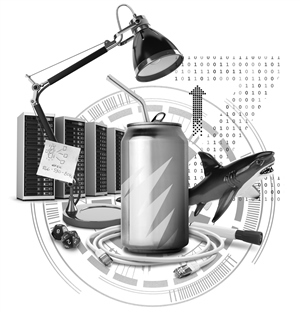 Anyone who has worked in IT for more than 15 minutes – especially in decent-sized environments where there's a level of rigor and control – can tell you that upgrades are a pain in the TCP socket. Even when the upgrades themselves are easy, the process of getting them approved and completed in production is not. There's the testing (which must be done to satisfy the change control committee), the publishing of results, as well as crafting the deployment plan, validation plan, and backout plan should things go wrong. Then there’s the change control request meeting where you have to justify the upgrade to all stakeholders. And finally, the upgrade itself, often performed at a time window that would make vampires happy: 2 a.m. on a Sunday, with all work required to complete before 8 a.m. It's no wonder folks aren't eager to keep their software up to date.

) and working at conventions, I encounter customers who haven’t upgraded all the time. These folks are (somehow) living without the latest and greatest performance improvements, security updates, and let's not forget new features in our current stable of products. It's enough to make this old Geek weep in both pity and regret for those lost souls. And what's worse is that upgrading doesn’t cost a thing! That's right, moving to the latest version is 100%, true-blue, legal-even-let-me-say-this-eff-arr-ee-ee FREE.

As I was pondering this injustice, it occurred to me that, outside the gilded walls of SolarWinds HQ, it may not be as clear just how many updates we release each year, or what is contained in them. The fact is that our developers are some of the best in the world, and on top of it, our entire team keeps our fingers on the pulse of customer needs as we attend conventions, user groups (SWUGs), participate in UX sessions (you can join in here), and of course, via the "feature request" forum for each product on THWACK

. With all of that input, SolarWinds updates are rarely just a collection of bug fixes and security patches. Of course, every update DOES have those things, but there's almost always an extra nugget (or two, or more) of goodness to make it worth your while.

But those are just a few samples of what has come out recently. The truth is that SolarWinds updated 28 different products on 13 separate days.

Now maybe you might argue that this update or that feature isn't compelling for you. That's fair. But hopefully you can see how these updates would be important to more than a few folks. And if you look closely not just at what these updates contain, but at the progression of improvements over the years, you'll see a pattern emerge: a pattern of SolarWinds taking releasing a new technology or technique (such as NetPath

performance analysis dashboard) and then incrementally improving it over the course of subsequent months, and integrating it into other tools and modules (such as when NetPath was integrated into Pingdom

This picture becomes even more clear if you take a moment to look at the "what we're working on now" section of each product forum on THWACK.com. This is where you can see the road ahead. When combined with the historic view I just offered, it becomes a powerful testimony to the SolarWinds commitment to continued improvement and excellence for every product we produce.

What's my point? Hopefully by now you can see the real value that these releases have for your company, or team, and your monitoring. Value that should make the relatively small discomfort of upgrading pale by comparison.

If you'd like to see a comprehensive list of exactly which features and improvements were released for each product, check out this document. You can also check out the detailed release notes for each product by visiting this page in our Customer Success Center.