The line-up is set, and the arena is full… it’s time to get this battle started!

As is customary, we eased you into the Battle Royale with a teaser round, a little taste of the matchups to follow. A pairing of pop-sensation madness designed to scratch a nostalgic itch. We went deep into the cartoon vault to dig out two fabulous female-led groups so compelling, they each scored live action remakes decades later.

Only one can move on to try to take the crown of Best Fake Band. 350+ of you voted, and this year’s play-in round goes to…

Josie and the Pussycats!

Derivative, of course… hey, if you find a good formula, make it work! But also, this band was groundbreaking, including the first regularly appearing Black female cartoon character on a Saturday morning cartoon show. 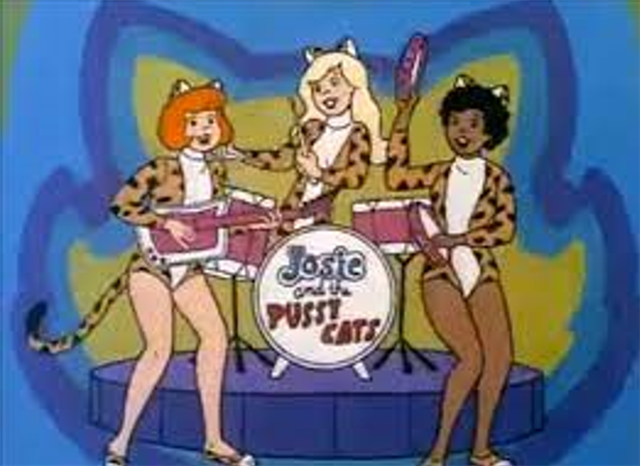 Now, they move on to the big game. Can their wholesome cartoon pop-star goodness survive against the formidable, hard-charging, yet totally irresponsible Wyld Stallyns? Who will you pick as the winner of the ‘90s sitcom bands amp-to-amp, hunky Uncle Jessie, or everyone’s favorite high-school schemer Zach Morris?

(Psst, we heard through the grapevine the California Raisins are the long shot bet to take it all!)