Case # 01203324 - It would be very helpful to have the ability to in bulk uncheck Resources (under List Resources for a Node) for Nodes, instead of having to click each Node > then List Resources > then unchecking what to no longer monitor. For instance, it takes a few seconds per Node to List the Resources, and then say if I no longer want to monitor "Topology: Layer 3" or "Virtual Memory" on Nodes, I would have to perform this manual step for every single Node. If a company has thousands of Nodes, this can be a very cumbersome process. There is an unsupported workaround of performing Deletes in the SQL Database, but this can be very risky and this method is not supported by Solarwinds Support.

There is already a way to bulk remove network "Interfaces" from being monitored, but not for Resources such as Topology Layer 3, Virtual Memory, CD/DVD Drives, Memory, CPU, etc. Each of these Resources consumes processing power on the Polling server, so it is important to unmonitor Resources no longer needed. 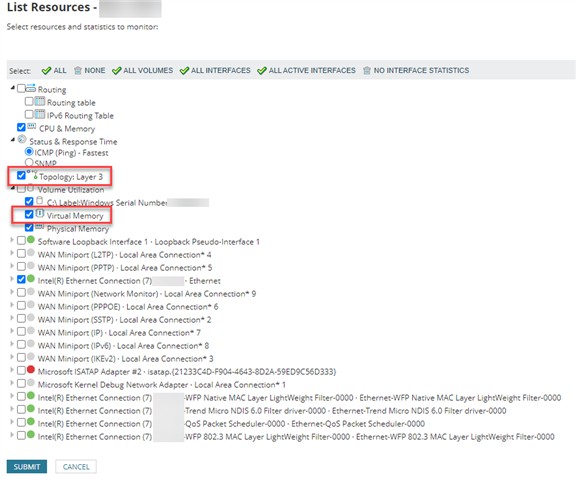