So I've watched labs #86, 91, and 93. I've used the SWQL Functions on Github multiple times/ways. When modern dashboards came out they seemed bugged to me so I've waited a few years and now I figured I would give them a chance with this new deployment I'm working on, and I can say without a doubt they aren't a replacement of Classic dashboards, they are a niche view when you want something colorful and that's all... in my opinion. Continue reading if you want to save yourself the wall-banging headache of figuring this out yourself.

I'll start with what I think is the most glaring issue, there are no built-in widgets. The classic dashboard has 100s of not 1,000s of premade widgets to get you started, the modern dashboard leaves you high and dry. This alone should have been a good indicator that modern dashboards aren't ready for prime time, but I ignored the warning signs.

Well just re-create them yourself you say? Maybe I'm missing something but it doesn't look possible to me. Let's start with the tried and true widget that almost every department wants, the tree view grouped in some way. i.e. department, machine type, region, vendor, etc. The Graphical Query Builder and SWQL have no way to set up an expandable group like that. So it's just going to be a big list that you have to scroll through rather than nested groups that with a quick glance show you where and what isn't green and happy. That's about useless as widgets go.

The labs indicated that SWQL is basically SQL with a few small differences, and they plaster this list: 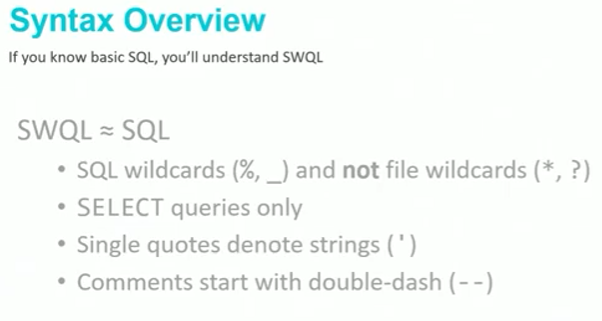 However, when you try to put commas in big numbers you'll be out of luck.

Dates are next up. Let's say you're using the Graphical Query Builder and you want to use the compact view... I mean it's listed there. Denied! 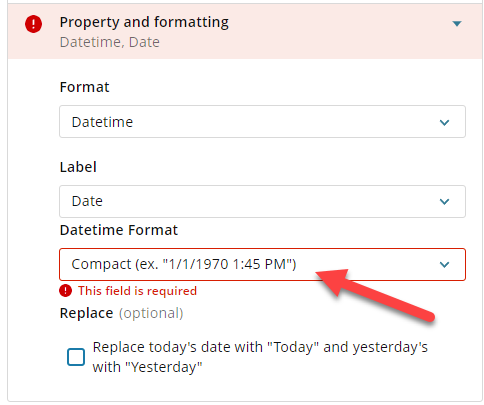 So go over to SWQL and use DateTime to format it the way you want right? Wrong you'll use DateTrunc and you'll like it!

On top of the issues where you must use Having instead of Where with aggregate functions you'll run into issues where it just won't work. Expect to spend time trying to find a workaround, and then having to settle with what they give you to work with.

I really wanted to move forward to modern dashboards as the graphs are pretty sexy, but the functionality just isn't there, and given all the posts and guides on them are two years old it doesn't seem like they are developing them anymore. Save yourself the headache and use classic dashboards maybe someday they'll circle back around to modern dashboards and we can finally move forward with using them in production environments. What a letdown.