We are trying to utilize our Microsoft Domain through Active Directory and DNS to establish several regional High Availability Pollers. We have come up with a conceptual drawing, please see the attached PNG file. Our questions are:

- Has anyone done this yet?

--- If so, how were you able to utilize a "Virtual Host Name" for polling traffic instead of going to the primary poller?

- We have followed the steps in this SW Article.

- We have successfully run "WBEMTEST"

--- The end result is inbound agent node and web traffic do not see the failover and are still pointed to the inactive poller.

--- Has anyone been able to get this to work? 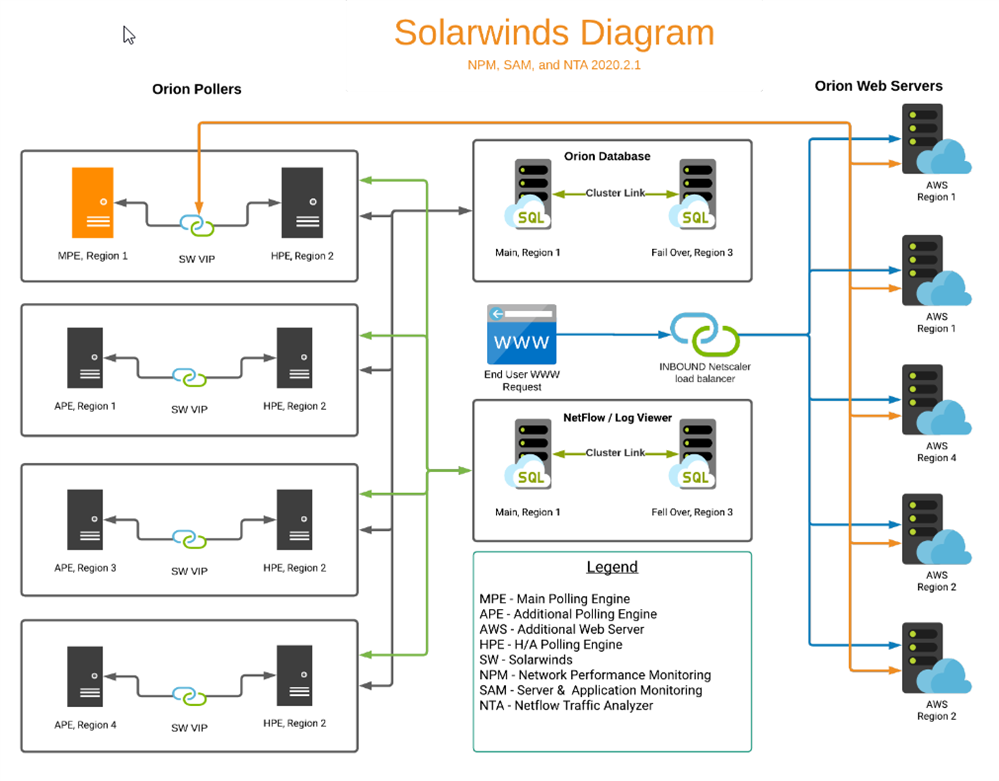