How to Create Network Utilisation Map?

Thanks for anyone's help in advance as I am struggling with my first attempt at creating a network map.

So on our main Solarwinds dashboard we have a piece which shows the network utilisation of our various site MPLS links. This is the overall utilisation of the link from all sources. 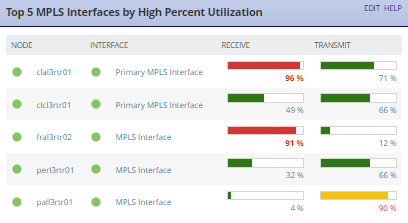 I wanted to reflect this on a network map but it seems to be no easy task. So I wanted a line from each of our offices to the MPLS which would reflect the values shown above? Red at over 90% total utilisation, yellow over 80 and green if less than 80.

It seems that the line must go to an endpoint in order to generate a value but the MPLS doesn't work like that. So is there any way that I can recreate the above on a network map? Any thoughts/guidance would be much appreciated. 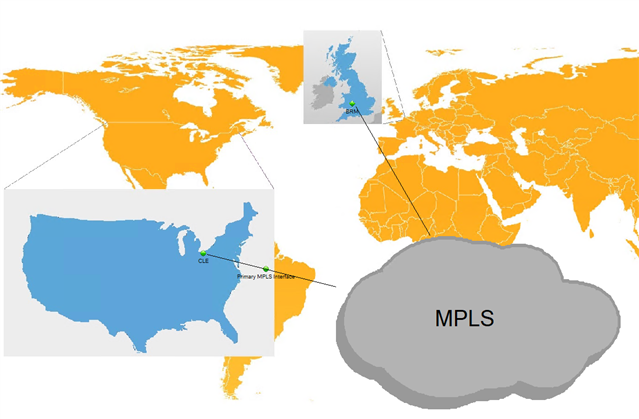 Solarwinds is clearly catching what I want but I'm just not sure how to display it.