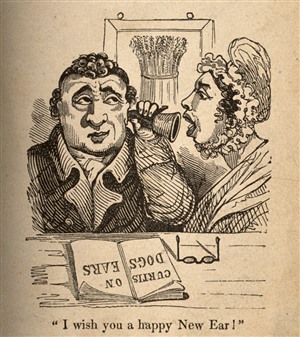 Last year I explored the thought that in order to hear, you first have to stop talking. But it goes further.

Some studies now peg the average adult attention span at around 8 seconds. As much as it's temping to make an ADHD joke (Look! A Chicken!) or write this off as another sad result of the affect of screens in our lives, there's another item to consider: our desire to contribute short-circuits our ability to hear.

As my friend and mentor, Rabbi Davidovich wrote earlier this year:

That comment brought up a powerful memory for me from college. In one class, we "practiced" hearing each other. One person would say something, and the other person would take a breath, think about what was said, and then repeat it back exactly as it had been said. If we couldn't do that, we were clearly not listening closely (nothing that we said was particularly tricky or complicated). The speaker would indicate that they had been heard, and now the listener would speak a response.

It sounded goofy. It sounded cliched. There were giggles and eye-rolls. As we began, it felt tedious and repetitive and boring.

But within 10 minutes, over half the students in the room were in tears.

When the professor asked why, the response was consistent and overwhelming. This was the first time in years that the students had felt like they were heard.

Author David Augsburger summed this up when he said: